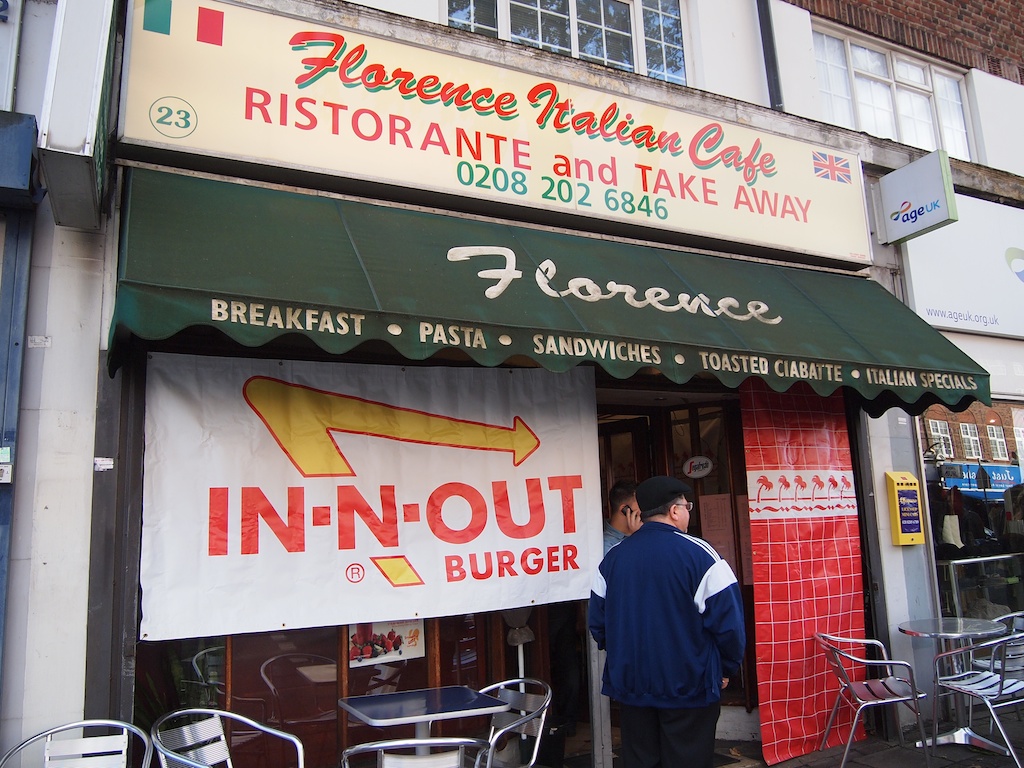 Hi again! :D So this past Tuesday, someone told me that In-N-Out was here in London. If you are a Techer or have been to California before, you know how good In-N-Out burgers are. So, my friend Daniel and I went to check it out theplace.

It was about a 20 min tube ride away to Hendon. When we got there, the line was pretty long and we were told they were running out of burgers. We didn’t end up staying to see if there would be any left. I was pretty disappointed, but I’ll get a double double next year when I’m back at Caltech. Daniel, on the other hand was pretty bummed out (he’s English). I wonder if they will open a pop up café again sometime.

Last night, a few of us went to see the London Philharmonic Orchestraplay at the Royal Festival Hall. Tickets were only £4, and included a free drink afterwards (the legal drinking age here is 18). We listened to: Beethoven Overture, Leonore No. 3, Carl Vine Piano Concerto No. 2 (UK première), and Shostakovich Symphony No. 10 with Vassily Sinaisky as conductor and Piers Lane playing the piano. I really enjoyed the piano concerto-maybe I’m a little biased since I used to play piano when I was younger. It was amazing how accessible and inexpensive it was to go hear the orchestra play. I think I’ll be going to another performance later on if I can.

I’ll be heading to Dublin this weekend with Kalpana and Conway, along with several other American friends we’ve met here. :D I’m really excited^^ So until next time, Jessica