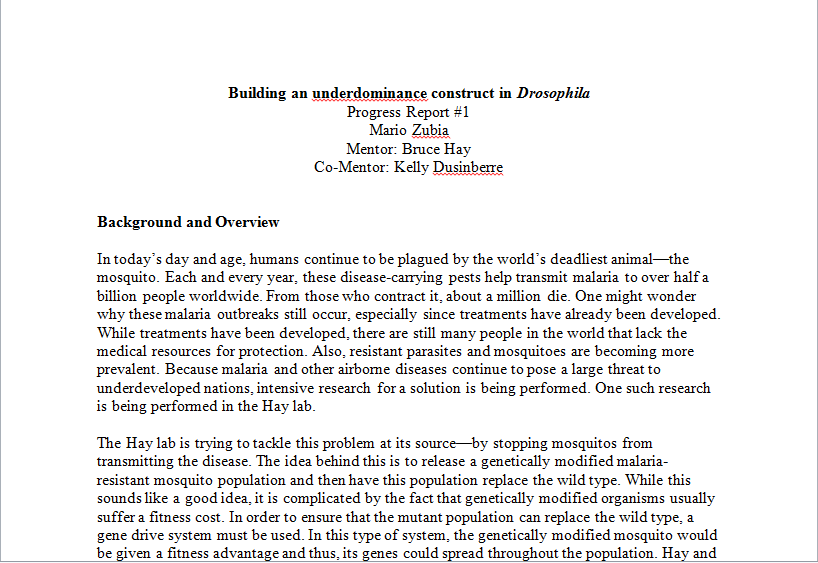 Hello,First off, I’m really really really happy. My construct has been built!!! We screened it and everything turned out how it was supposed to! This was a great way to end my week! I’m really excited, but will hold off about this until a little bit later.(And..I told you I wasn’t going to write more “essays”…but I’m sorry! I couldn’t really include that many pictures in the first half of the post.) So, if you remember from my last blog I was telling you guys about a progress report that had yet to be finished. Well, good news is that I finished it! Sucky part is that I’m a bit sleep deprived. :)

So, here’s a run down of the last few days. On Monday I looked at the guidelines for the first time. But, I was like “Oh, it shouldn’t be too hard,” and I decided that my time would be better spent looking up music! By the way, if you’re ever bored and want to listen to some bands who aren’t really mainstream (well, some are), check out Purevolume. Another website that I’ve been looking to lately is Bandcamp.Both are really cool sites where lots of upcoming bands give free downloads! (: Anyways, that was a total tangent…back to what I did. So basically, this consumed 4 hours on Monday night and I didn’t work on the progress report. I thought that this would end up being okay because I would be able to work on it Tuesday.

Tuesday after coming back from lab, I had a few things to check up on. I thought one of these things would take like 15 minutes…it ended up taking over two hours!So, this summer I’m serving as the ASCIT treasurer. ASCIT is the student body government here at Tech. During the normal school year I’m the assistant ASCIT treasurer, but since the actual one wasn’t here for the summer, I was put in charge. Anyways, I had to update lots of things and I kept on failing. But, I finally finished and had a few hours to work. Sad thing is I get distracted. Very, very easily. And at about 10 pm, my friend popped in and asked if I want to go to In ‘N’ Out. I wasn’t even hungry, but my procrastinator-ness couldn’t help it. I agreed and one hour later, we came back.[The In ‘N’ Out is only like 5 minutes away from Tech…and we went through the drive through. It took so long!] When I finally got back, I tried to work..but at 12 I was dead. I couldn’t function, so I decided to take a nap. (Errrr…I wouldn’t recommend this…totally ruins your sleep schedule!) I woke up at 1:30am, tried to work a bit more, but couldn’t. I failed. So, somehow or another I ended up on the floor and stayed there until I finally woke up again at 3:45. Thank goodness I woke up! The first time I took a nap, my friend came and woke me up. The second time, I didn’t even set an alarm or tell someone to come! I hurried to finish the report and had it done by 6:40am or so. It was pretty bad, but I was tired and had to head into lab at 9:30. Wednesdays are also lab meetings, so I wanted to cram in as much sleep so I wouldn’t fall asleep again in lab meeting! Long story short, don’t procrastinate!Here’s the beginning of my progress report. I was so proud for finally finishing it! Ha!

Like I said, I had to clone in a promoter. One of these steps involves plating some transformed cells. I get to play with fire! Woo. Well, I get to stick the glass rod in some ethanol and light it on fire..which is still kind of cool. Basically, I’m just making the rod sterile for when I spread out the cells on the agar plate. But umm, if you notice I’m not wearing gloves. Eeek. That’s really bad practice. So wear gloves! :)

In lab, things have been okay. I’ve decided that I’m going to start including pictures of gels! Except..that sad thing is that lately, they haven’t been looking that that great..Ooops. Oh well. So, here’s an image of a gel that I got earlier in the week. The top band is the backbone and the two lower bands are two types of promoters. I attempted to clone the promoters into the backbone. I was ish successful.

Finally! Here it is. Here’s the thing that made my week a very very good one! Bare with me as I explain. So, my construct is a pretty big one, so we’ve had several steps in order to create it. We were doing pretty well at each step, but we encountered a few problems. Our last step required cloning in a repeat sequence of DNA. Repeats are not favored by cells and usually mutations occur. For this reason, we were unsure if we would be able to make it work. Once we attempted it, we gathered cultures, obtained the DNA, and then screened them. The screening consisted of cutting at several different restriction sites. We had four samples. The first 8 lanes are of the first two and the last 8 lanes are the last two samples. If you remember, my construct consisted of two genes. Basically the samples 1 and 2 are the first gene and samples 3 and 4 are the second gene. Anyways, as we went across the gel image, the bands matched what we expected! This means that all the pieces were properly ligated together! (Well, the second to last lane was a little weird, but we assumed that it was properly assembled because the other bands matched sample 3.

Lab. Fun Fun Fun! Anyways, 4th of July weekend! Sad thing is I don’t know what I’m doing yet! I shall see. I know I’ll probably end up going somewhere with friends. That should be fun.

Okay, until my next post, I hope everyone has a great 4th of July and a good weekend.