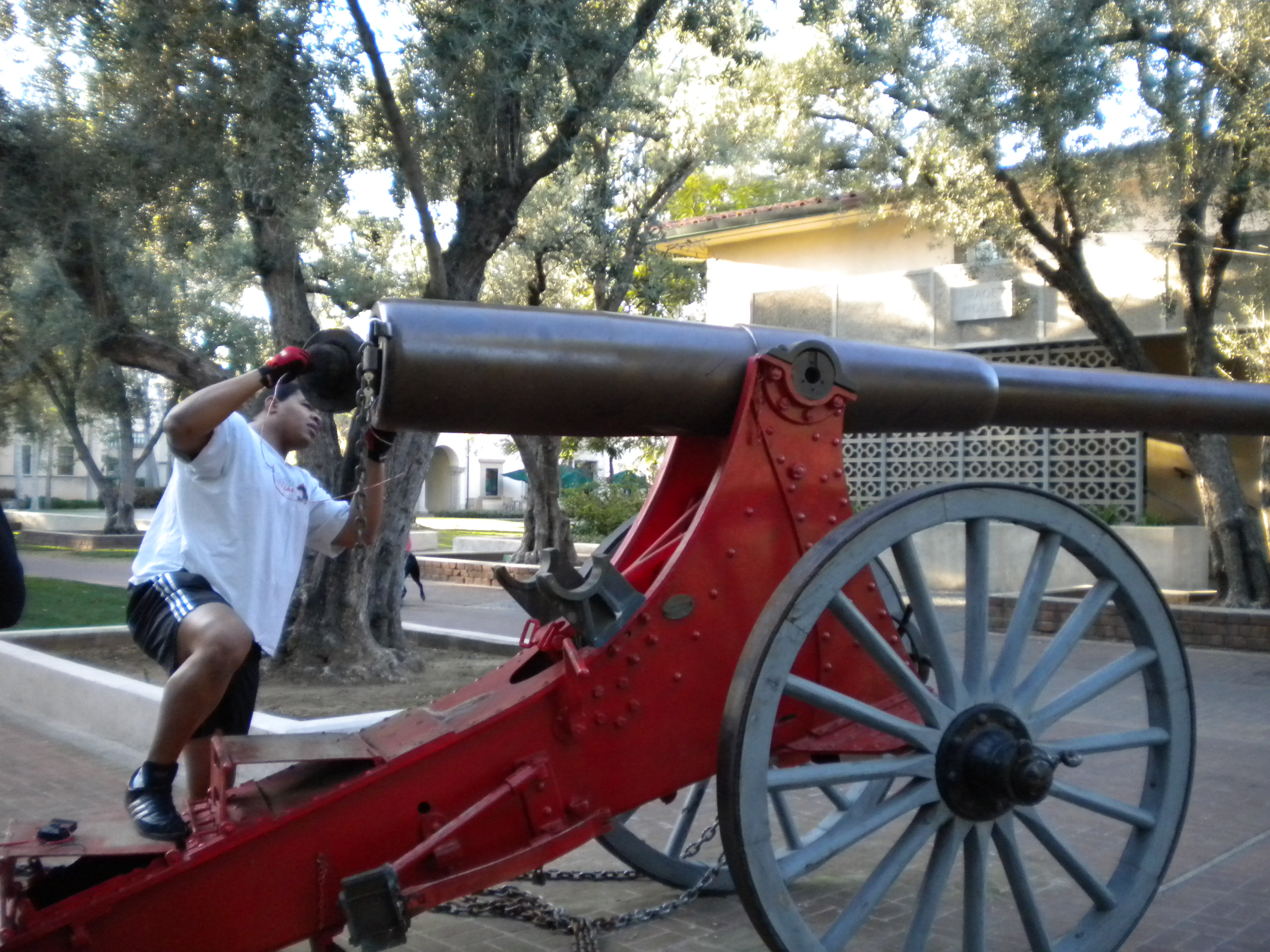 Ending Classes with a BANG

The Fleming Cannon is fired a few key times during the year: end of rotation, end of classes every term, end of ditch day and when the Fleming House President walks the stage during commencement. The Fleming Cannon is cherished by the members of Fleming House (including myself) as it has been in our possession since 1972 when we took it from Southwestern Academy in San Marino. The cannon itself was originally cast in the 1870s for the Franco-Prussian War prior to its time at Southwestern Academy. It has been the object of many pranks….stolen by Harvey Mudd 1986, and MIT in 2006 (but promptly retrieved by Fleming House! see this site). It makes sense that everyone wants to steal the cannon, cause its AWESOME!! So today, being the end of winter term classes, the cannon fired at 5pm. At the same time as it signals the end of classes, it also signals the beginning of finals week here at Tech. So for the next week, the campus will be pretty quiet…people concentrating on getting through finals week and preparing for spring break.

Here are pictures of Aric, our current cannon master, carrying out the tradition.