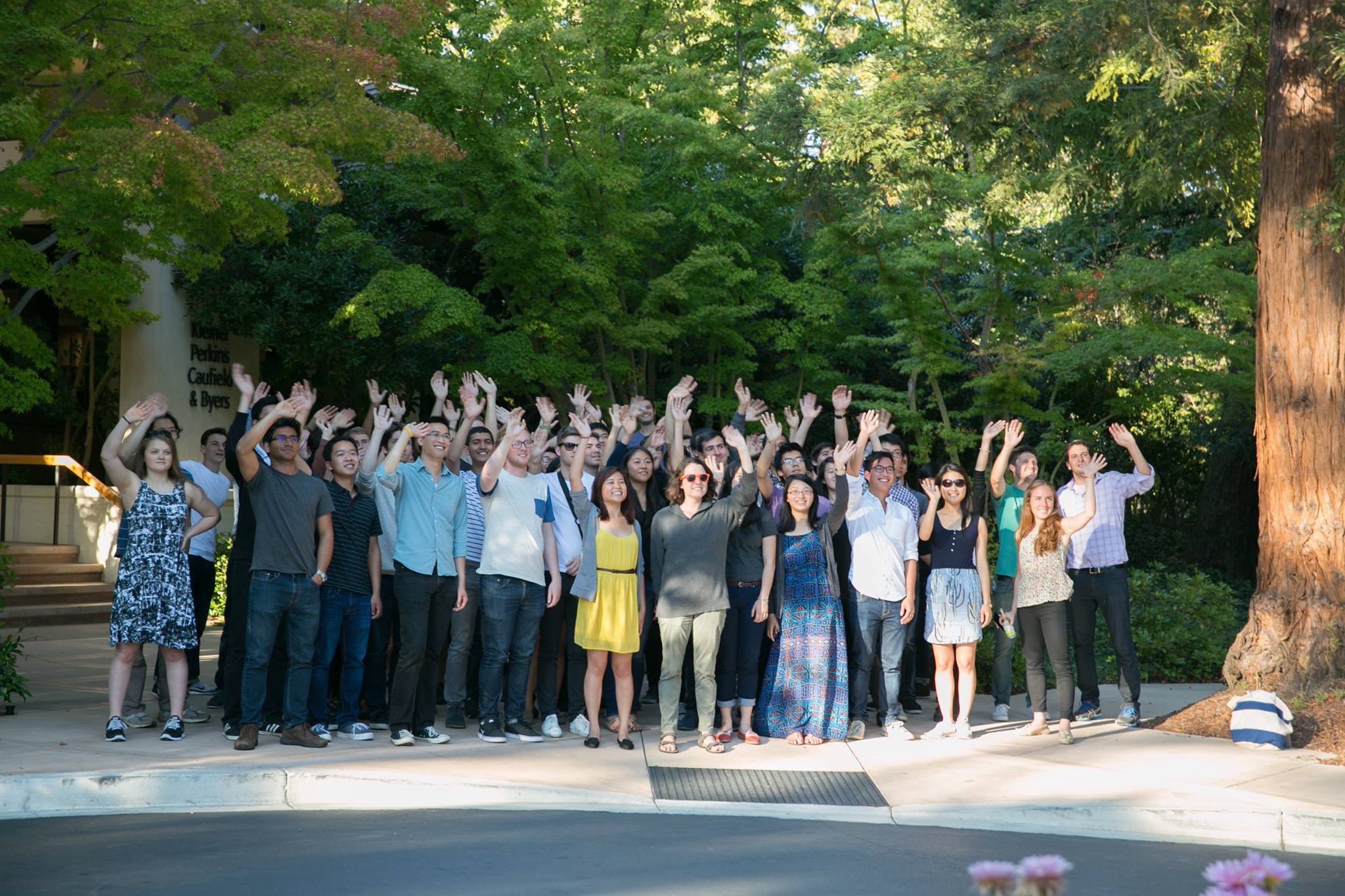 In my last post, I told you about cardio weightlifting. Today, I will tell you - I did not handle that well. Today, I thought, gee, my legs hurt. I should walk it off. Following two hours working on the treadmill desk, I discovered that my legs were kinda numb.

We had an office meeting today. People newer than me stood up and told embarrassing stories about themselves. There was pie. I left early for a KP event.

This was a pretty good one. Mary Meeker, a KP partner, gave her “State of the Internet” talk. That talk is the most viewed Powerpoint on the Internet annually. It was fascinating, in my opinion. When you step back from it, it seems very technical, but her engaging speaking style helped make the presentation both entertaining and very informative.

Apparently, many messenger apps have a very significant revenue stream from sticker purchases. Who knew? I also asked a question during the presentation and got a whole separate presentation (400 slides bound into a real book) handed to me. It looks very interesting. I look forward to reading it on the plane this Friday. They also took a picture of us with a drone at this event.

Wednesday we didn’t have anything KP. I went to work and my computer was acting up so I was a lot less productive than I could have been. I visited Square over lunch, though, and I thought it was really cool. Their office is huge compared to ours, it’s an entire city block. They’re a bigger, more established company though :)

I finally overtook my boss in the office Fitbit competition. Then he went for a walk. Gosh darn him and his active lifestyle. Then I went to a room escape which was really fun but there were technical difficulties so we didn’t do as well as we could have. I do recommend room escapes in general though, they’re pretty fun! My roommate did a zombie room escape as her alley event last term. (Upperclassman Counselors set up events for the people who live in their alley and act as a sort of mental health buffer. Ker Lee, my roommate, is a UCC).

Thursday I beasted it out at work (finished my last project feature!) and rolled on over to the KPCB Reverse Pitch. There we snacked on hors d’oeuvres passed around by servers and listened to pitches from various startups and small companies funded by KP. I did a little networking, a little snacking, and a little basic conversation because I like people. When I got home I started firing off job applications. The intern life is fast-paced - I’m not done with this summer’s internship yet and already companies are starting to interview for next summer. Pay attention, CS majors!

Friday morning I packed up for my flight to San Diego. More on that later. I hope you all have a great weekend!