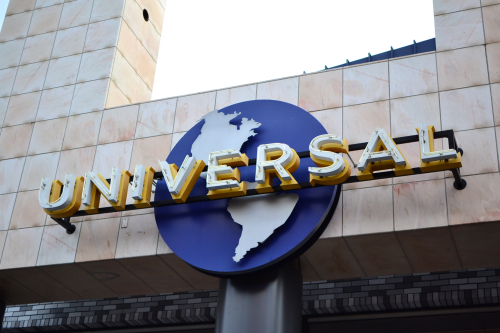 Summer in LA is for friends and food and exploring! In addition to taking EMT classes, I went to Universal Studios with my family. Harry Potter world opened up this year, so that was really neat to see. Universal was pretty packed, but we arrived early enough in the morning to catch most of the rides before the lines grew.

I really enjoyed walking through Harry Potter world and chugging butter beer. Diagon Alley itself was so unique and reminded me a wee of Edinburgh, where I studied abroad last autumn. JK Rowling lives in Edinburgh, so maybe that’s why it felt vaguelyfamiliar. That section of the park was certainly very crowded, so if you’re thinking of going anytime soon, I’d seriously recommend getting your tickets online and showing up at 7 in the morning! I didn’t ride the Hogwarts ride, but the looming castle was very impressive even from the outside. It was odd to be melting in the hot SoCal sun while surrounded by stone buildings covered in fake snow…

The Jurassic Park and Despicable Me rides werealso fun. Here are some sights from my day at the park!

I must say my favorite aspect of the park has to be the shows. Here’s the set for one about animal actors. There were so many well-trained animals, and the show was very well-put-together and delightfully funny. I don’t want to ruin it for you, but I cannot emphasize it enough–if you ever find yourself at Universal Studios, be sure to see the show about animal actors!

Another great show was the one about special effects in movies. I never realized so much went into making movies. I was most impressed with the sound directors’ ability to produce convincing sounds using all sorts of props. Dramatic special effects is definitely what makes the typical American action-packed blockbuster, so getting to see the process really sparked my curiosity. I can’t say I’ll watch movies in the same way ever again!

The park also offers a tour of filming sites. I could never have imagined how small some of the spaces were. From the tour, it was obvious that these were sets, but the movie scenes were filmed so that a small pond looked like a giant lake and a few wooden facades and cardboard “taxis” looked like New York city. That was absolutely fascinating. That said, there were some elaborately-engineered sets, too.

If you’re ever in the area, I highly recommend spending a day at Universal Studios. Even if you don’t have a car, it’s a short Uber ride from Caltech. I’m sure there’s a way to metro there as well. (: