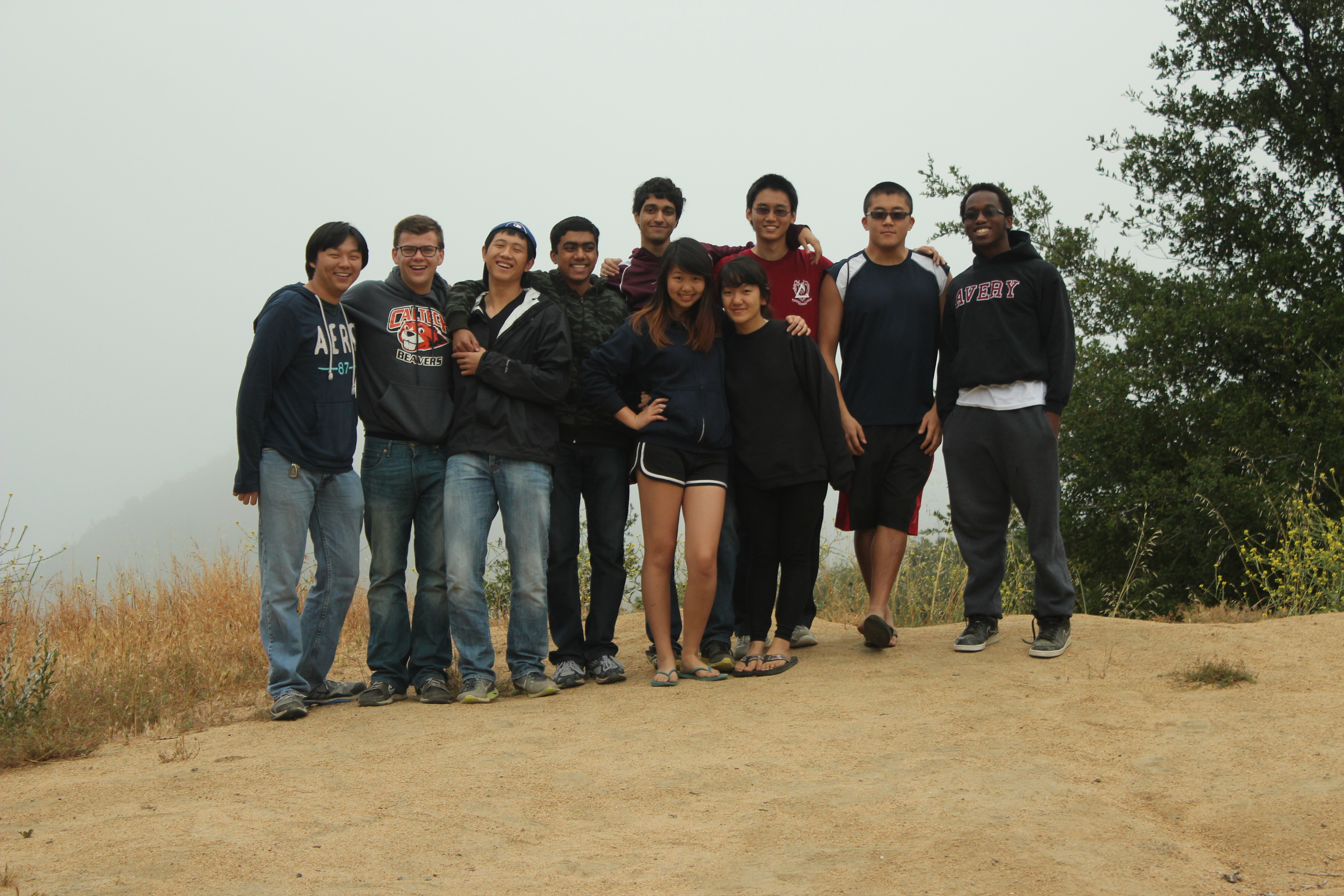 For Memorial Day Weekend, my house went on our annual camping and beach trip. I was super excited to camp out in the mountains of the Cleveland National Forest because that night was the predicted meteor shower from Comet 209P/LINEAR brushing the Earth’s atmosphere as seen near the Camelopardis constellation in the Northern hemisphere.

Sadly, a cold cloud rolled in as we pitched our tents and hid all the stars. We spent the night playing Never Have I Ever in one of our larger tents instead and just chilling, away from school and work and life for just a moment.

Group photo from the morning after. We survived!

In the morning, we packed up and headed out to Laguna Beach:

Where, of course, selfies were a necessity.

And may or may not have napped a little.

I couldn’t get pictures because I was too busy falling, but I also learned (in its loosest definition) to paddleboard! Paddleboarding is basically standing on a surf board (but sturdier) and paddling (through the seaweed). It takes a lot of balance, which apparently I lack. (: It was a great experience, though, and we got to see some sea lions camped out on a rock. A little sea lion swam out and stuck a flipper out of the water as if it were waving at us. Apparently, that’s how it’s taught to sleep so Mama Sea Lion can find it again, and it was just showing off its new skills. You go, Glen Coco.

It was a great afternoon and all in all, a much-needed break. I love being so close to the beaches out here, and I’ll defintely try to come back more during the summer!