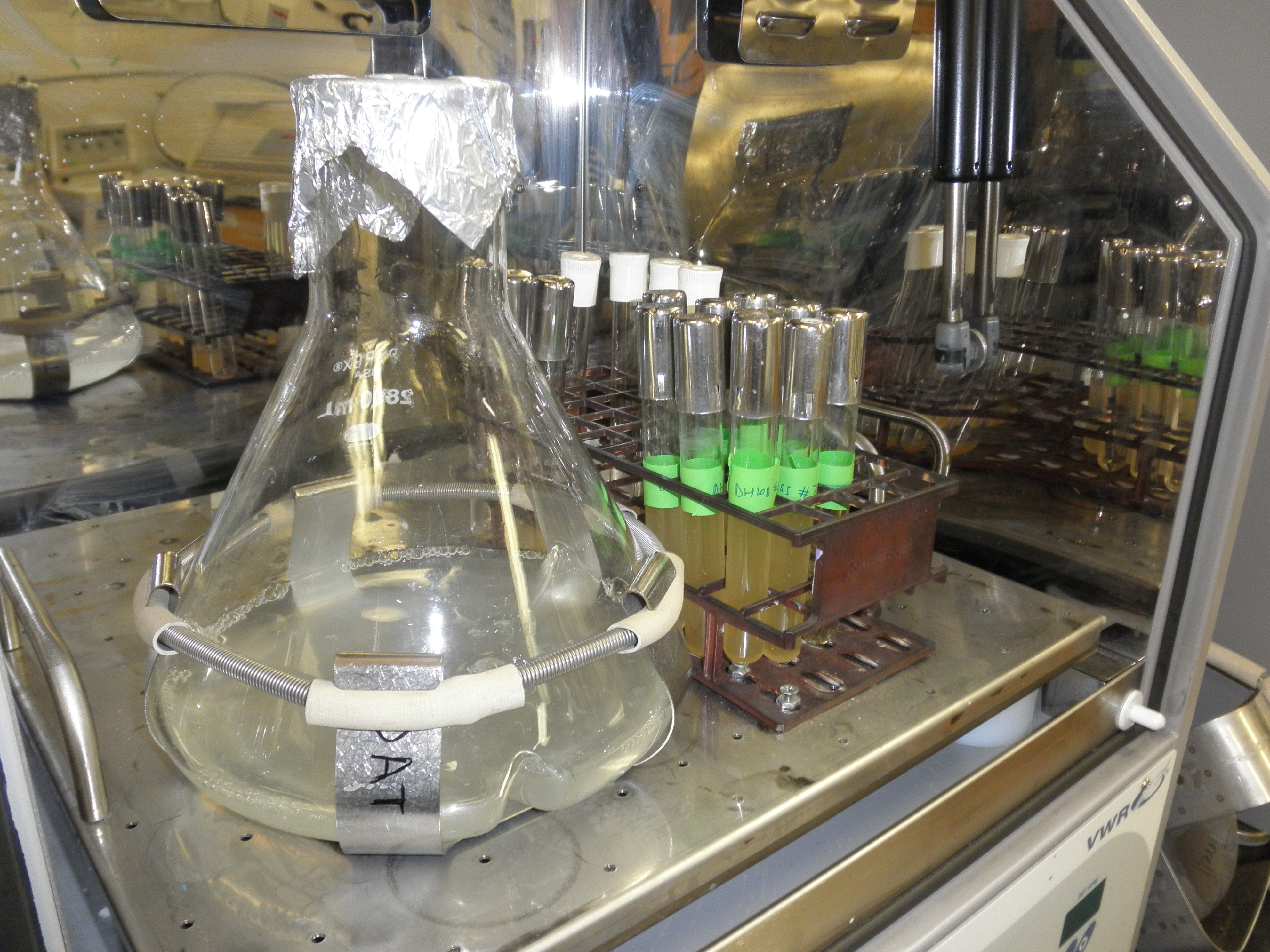 The last week of my whirlwind SURF experience found me learning many new things and doing many new things in a short period of time. From the packing to the mastering new protocols, I was swamped! I remember feeling rather sheepish when my mentor’s listing of all the things he wished to do in one week prompted me to gently remind him that it was my last week, only for him to reply that he knew. I guess I’m glad he had the confidence that I could do so much in such a short amount of time? The first of many new protocols to learn? The M9 media shift protocol. Though I had been using the fermentor for most of my SURF project to grow cells and express protein, we decided to use a different kind of method that allowed us to incorporate non-natural amino acids into our protein sequence – something that the professor I did my SURF under is famous for. Thankfully instead of working with 10L of culture, I only had to work with 1L, although the in between steps are much more tedious. After working with the fermentor which is specially built to grow cells super fast, using the conventional method seemed like it took forever for the cells to grow… Let’s just say I didn’t enjoy the 6 hour waiting period filled with constant checking and adjusting followed by another 4 hour waiting period.

But, before I could even start the media shift I first had to prepare the E.coli cells. These cells were already plated by my mentor and incubated. Lovely looking, right? The smell isn’t so pleasant either, although it’s nothing compared to the smell the fermentor gave off. What I had to do was prepare a small, 5mL overnight culture to use to innoculate the 1L media with (basically we grew a small amount of cells in media first to ensure that they can grow properly then we pour them into the larger flask of media to grow).

But, since we’re working with growing bacteria, and let’s face it, there’s bacteria everywhere, we have to sterilize everything using a flame to ensure only the E.coli gets grown and not some other weird bacteria floating around in the air. My mentor showed me once the “proper” technique for sterilizing the test tube we grow the small culture of E.coli in with much deft and quickness. He and all the other graduate students in the lab are super good at the whole opening a test tube with one hand and sterilizing it without getting burned motion. Me? Not so much. Let’s just say I smelled burning latex many times.

After successfully growing the cells and expressing the protein I began purifying them using two different methods. One was the method I described in an earlier post that involves cycling the protein through different temperature centrifuge cycles. But, before I did that method I did what’s called the Ni-NTA (nickel-nitrotriacetic acid) method of purification which involves using resin beads and a column. To put things simply, when we mix these resin beads with our protein, the protein sticks to them. We can then use different buffers – solutions with different pH’s – to wash out any impurities and then elute the protein off the resin.

After expressing the protein using the new media shirt protocol, my mentor moved onto my next project: cross linking. Cross linking is the process of linking one polymer chain to another to create a sort of gel-like membrane which can be used for growing stem cells on (the ultimate goal of my project.. though that part’s being done by researches at the City of Hope, ourcollaboratorfor this project.) All that’s involved with cross linking is making solutions of the protein and mixing them with appropriate concentrations of a chemical that cross links the protein. We do it in these silicone holes so that when the protein is done cross-linking, the membrane is in a disk shape. Though it sound simple enough, my mentor and I still ran into many complications such as hole size and concentration ratios.

One last thing my mentor wanted to complete before I left was to analyze the rate of aggregation of the protein I expressed this summer. To do that I had to use a plate-reader. Sadly, I wasn’t able to get a picture of it (basically it’s a computer hooked up to a big looking machine.. not that interesting really). But, to summarize what I did with that… I varied the salt concentrations of different protein solutions, incubated them for a certain amount of time, and then measured them using differing wavelengths to see how much the protein had aggregated.

And with that, I said my good-byes, and my first SURF as a Caltech student was over!

And of course before I left, I had to have one last good dim sum! And I actually remembered to take pictures of (some of) the food this time :) I’m sad to say that I won’t be having this good of dim sum, if not any dim sum, for a very long time…

And last but not least? Delicious cake to end the day. This one is a honey cheesecake that’s made in a small bakery called Patisserie Chantilly in Lomita (which is about 30-40 minutes away from campus depending on the traffic). It was this cute hole in the wall type of place with all sorts of pastries (so assured my friend) but since we had gotten there just an hour before closing (since we came straight after I was done with my SURF) they only had a handful of desserts left. But, even so, the ones to choose from were all very delicious looking! But it’s now back to home and some home made cooking. Till next time!