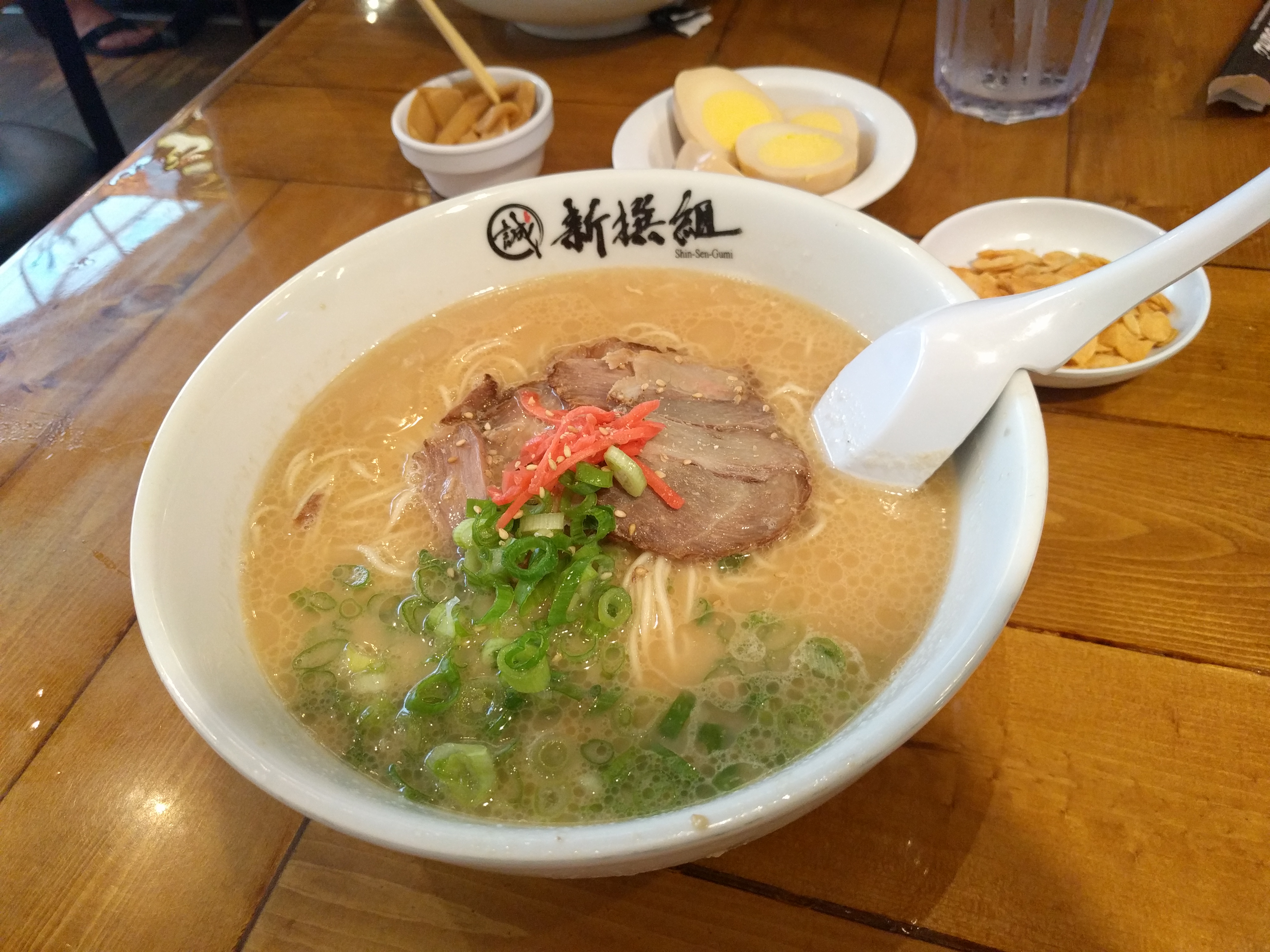 A friend of one of the summer students came up from San Diego for the weekend and wanted to get a quick tour of LA so we decided to take him to Little Tokyo for an afternoon. Since 2013, LA has been in a ramen frenzy with new shops opening every other week. LA is known for having great fusion food, so many of the ramen new comers claim to be fusion rather than traditional. We decided to take him to one of the top ramen places, Shin Sen Gumi which has become a mini chain due to its popularity. It is fairly authentic and allows for quite a bit of customization.

The ramen ordering form asks you for the richness of the broth, the al dente of the noodles, spiciness level, and has checkboxes in front of all the toppings you can add. They are known for their tonkotsu ramen, so this is the only broth based ramen they serve. There are a variety of appetizers to choose from too, but since the portions are quite large, we stuck with ramen.

The tonkotsu ramen had extremely rich broth. It’s made from pork bones boiled for hours until the fat and collagen break down to produce an opaque, milky broth. In the words of my friend “it’s like eating a whole pig condensed into this bowl of soup”. Even though it was extremely rich, it had a very clean flavor and was delicious. It was so good that he asked for an extra portion of noodles to finish the broth.

We also tried their ramen salad and stir fry.

Afterwards, we went to Tea Master Matcha Cafe and Green Tea Shop for matcha ice cream. This place is the BOMBDOTCOM. We were feeling heavy after the ramen, but after some of this amazing soft serve, we felt like we had detoxed. This is quite ironic since the ice cream was extremely milky and creamy with a distinct tea flavor. My friend was such a fan that he wanted seconds.