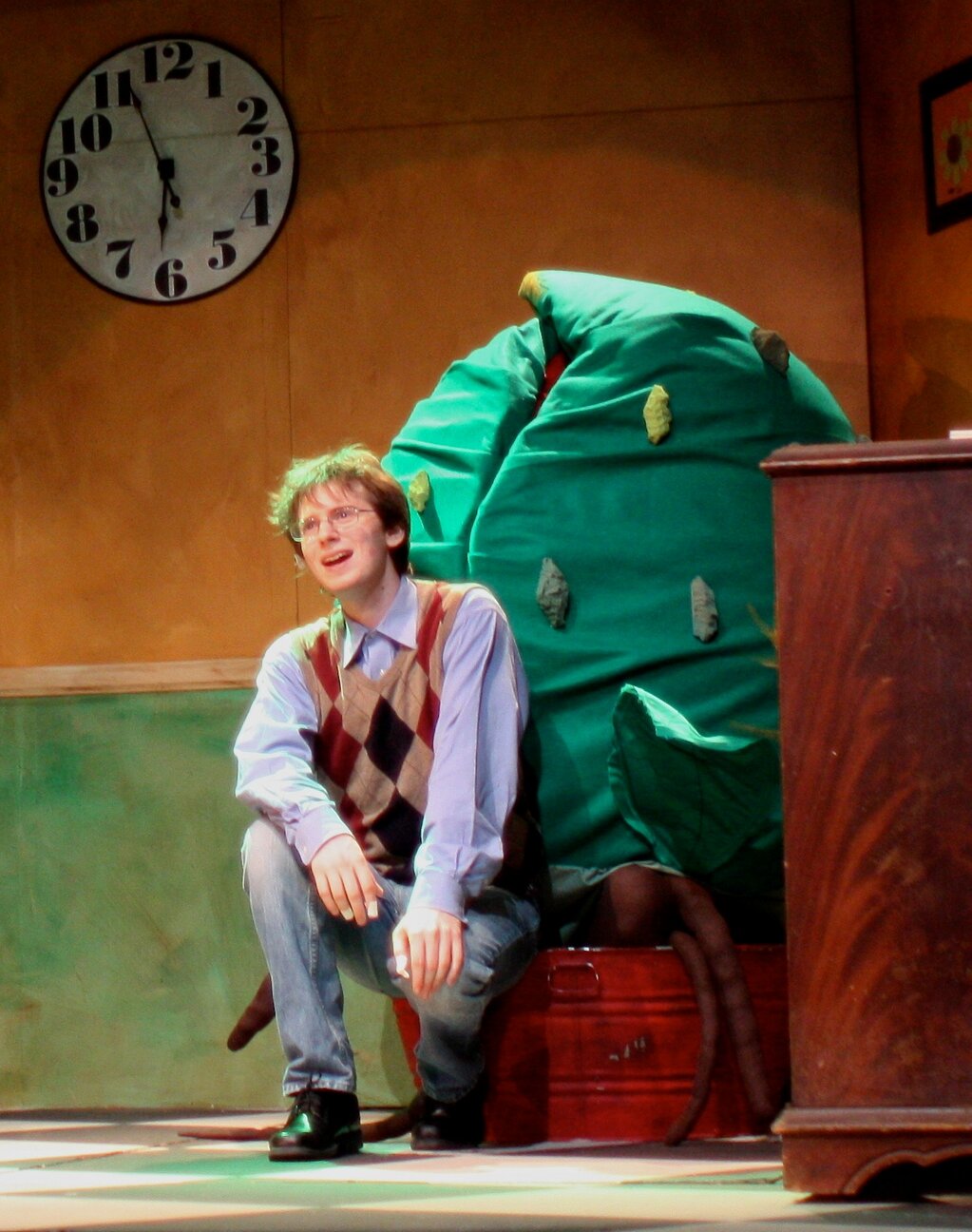 So, it turns out my friends are pretty talented. I mean, everyone here is pretty talented. But, some of my friends (and some awesome other students, Caltech and JPL employees, and other community members) are really talented in the acting/singing/dancing department. Last weekend, I went to go see Caltech’s (EXPLICIT)’s spring musical, Little Shop of Horrors. Every year, they put on one play and one musical, and anyone in the Caltech community, including students, JPL employees, and professors, can audition and be a part of one of the productions. This year’s production of LIttle Shop of Horrors featured my friend (who went on Birthright with me!) Jeff Sherman as Seymour, the lead. Holly, a JPL employee played Audrey, and Alex Jose (also on the Birthright trip) was Orrin, the Dentist.

The musical was absolutely awesome. If you don’t know the plot, the show is essentially about a guy named Seymor, who works in his adoptive father’s flower shop and is desperately in love with Audrey, the receptionist. Audrey, however, is already dating Orrin, a rather sadistic dentist who doesn’t treat her well. One day, Seymour discovers a new species of plant, which he names the Audrey II. It turns out the Audrey II can talk, and it tries to convince Seymour to listen to it, telling him that he will be able to win Audrey’s heart by doing what he says.

Jeff Sherman played a hilarious and comically awkward Seymour and proved that he has some pretty significant signing chops. Holly was great as Audrey, and Alex Jose made a terrifying dentist. He almost had me convinced that he was really going to pull out all of Sherman’s teeth. I’d like to give some credit to the band, too, as they were absolutely fantastic. Overall, the entire show was teriffic and seemed almost professional.

You’re probably wondering: “Well, Katie, you’re a college student, how do you have the money to see shows and go out on the weekends?” Well, there’s this awesome thing at Caltech called the Don Shepard Fun Fund, which provides money for students to go out and have fun each term. There’s this lottery open to all Caltech undergrads,and you just have to submit your name and address. A fair number of people win each term, and you get $25 to do whatever you want, as long as it’s non-academic and has some socially redeeming value. So you can use it to go to the movies, go out for a nice dinner, or, perhaps, go see a play at Caltech. Since our tickets for Little Shop were only $5, I’m thinking of using the rest to go see the LA Philharmonic with a friend and feel classy.

All righty, 2nd term is in full swing here, and we’re coming up on finals week, so I’m gonna get some work done.