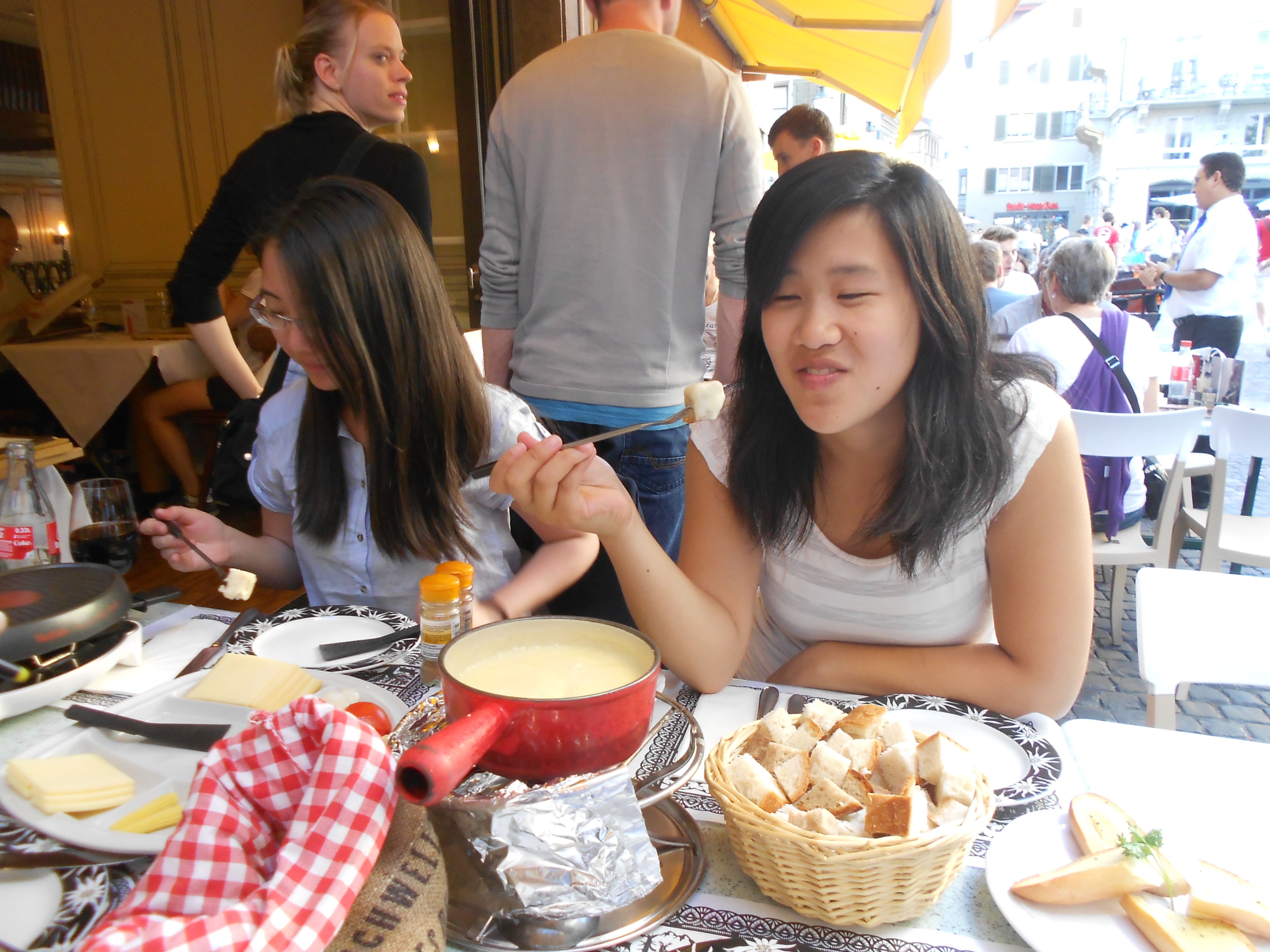 This weekend I went to Zurich to see ETH Zurich for grad school, and of course because one of the largest techno parades was happening. It was pretty funny because we arrived early on Saturday as things were just setting up and got a chance to see the city before and after the party. Zurich is one of the cleanest cities in the world but if someone came by that night they would think it was the end of the world with all of the trash, broken glass and more than half-naked people everywhere. It was a pretty exciting time. The parade went from 1 pm to midnight so we went in the early afternoon to watch things get set up. People had the most ridiculous outfits. There were many bizarrely colored people, cross-dressers, and then many things I can’t really explain. There will also be much sensored from this weekend as most is not suitable for a young audience… sorry, don’t want to get fired/suspended/yelled at by parents.

Anyways, we took most of the afternoon to walk around the city and then had fondue and raclette for dinner. ‘Twas delicious!

Okay, so I’ll leave you some selected photos of the afternoon and evening at the parade. The city was crowded. There was a continuous stream of people from the trains station to the lake from 1 to 8 pm which confused us since we had no clue how that many people fit in one area. It took over twenty minutes to move 100 meters in the crowds, but it was pretty fun. Many interesting characters and plenty of awesome techno!

This was my favorite group. The family wasn’t performing or anything, they just all got dressed up together to walk around.

We also met up with Alex’s friend from Brazil who was in Europe. She’s studying law in Brazil and is doing some short term program up North so she decided to come by and meet us. All four of us fought our way throught the crowds together.

There were seven stages set up through along the river and then numerous party floats that just drove through town. By the end of the night the city was completely trashed, yet when we woke up in the morning everything was completely cleaned. I walked through the town and found that Zurich has an army of street cleaners and sweepers with hydrojets that just blast the streets. It was miraculous.

In the morning I went to see the university, which was nicely situated on the hill overlooking the city. Then the three of us said good bye to Alex’s friend and went to Rheinfall, the largest waterfall in Europe. It was spectacularly huge and violent! There were little barges that you could take to drive up to it but it looked more like they were just being pushed downstream by the falls.

It was just a beautiful sight overall, I highly recommend it next time you’re in Switzerland.

We ended the day by going on the Adventure Hike! Really it was just a simple trail that went through the woods by the river but the map assured us that it was much more intense.

Anyways, I am sorry I cannot post more about the Street Parade, other than that it is fun and you should go see it some time, especially if you like techno. You can make tons of random friends without even knowing it! This week commences my, hopefully, final analysis phase of my project seeing that I have produced my corrected and reduced data set and all I need to do is run it through my plotting programs to be able to look at the regions I want. Granted I think I might have just gotten a last minute email telling me I need to modify everything to factor in increased pileup but I’m going to ignore that for tonight and bask in my excitement for a few more hours! :D