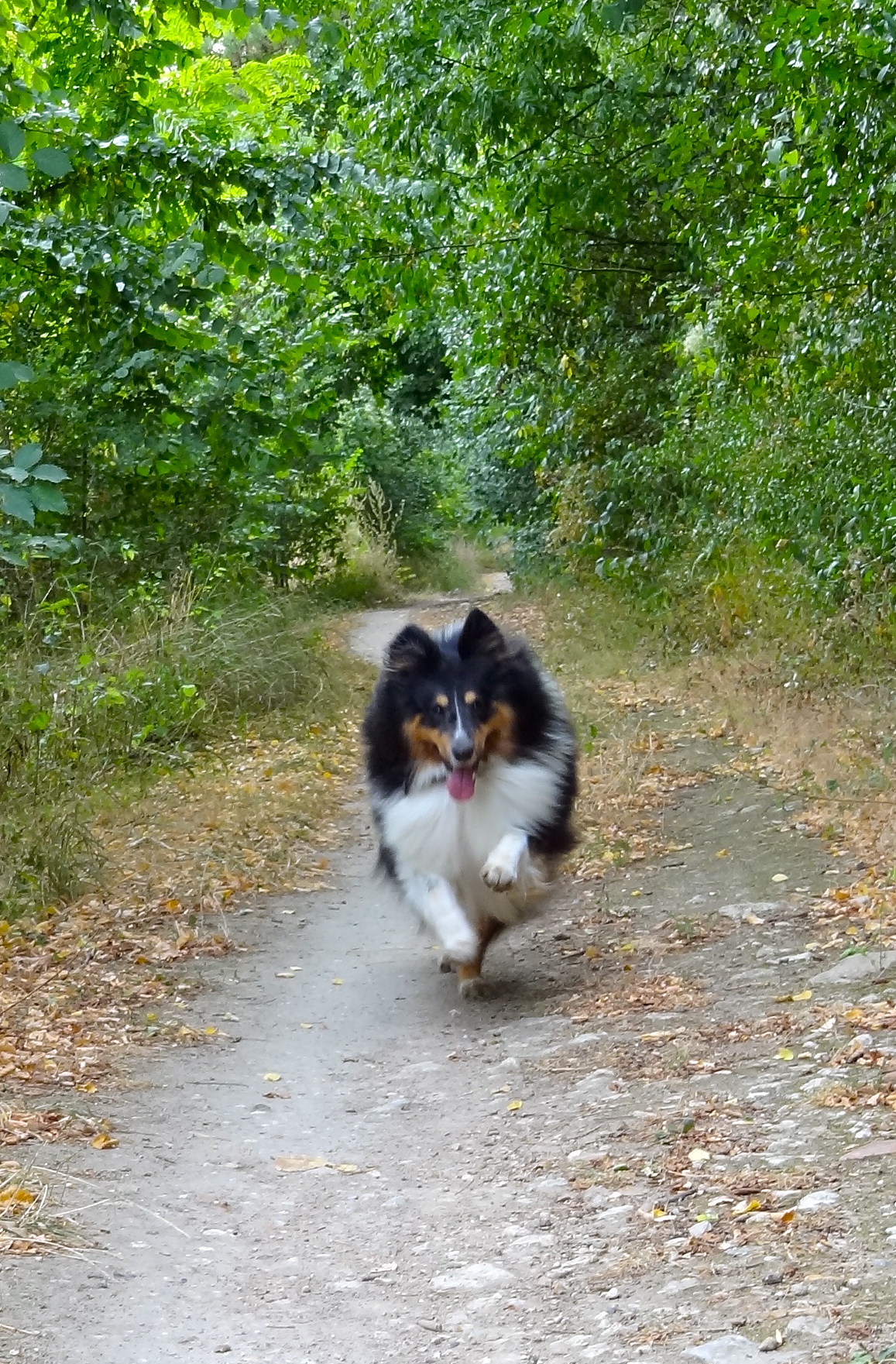 This weekend I pretty much kept to the same theme of walking through forests and eating, my typical vacation schedule. It’s actually pretty entertaining since my family has two Australian Shepherds that my uncle works with for agility training. They just disappear in the woods for a while, then you see all sorts of rabbits and other woodland creatures darting across the path followed by the dogs. It’s a great way to get the entire forest experience and see the local fauna. Then of course there is my grandmother’s dog, the puff ball. He can’t really keep up with the Aussies but he’s cute.

This monday I broke from habit and actually got up and did something. I went to the outer edge of the city to visit the Marché aux Puces (flea markets) of Paris. Pretty much they are a mixture of tents and semi-permanent stalls which take up a significant portion of the 18th Arrondissement. You can pretty much buy anything you want there. It was pretty fun just walking around and seeing what they had. I only bought a few coins from the early 1900s and the war periods. Overall we only saw a small fraction of the market, but after spending 6 hours wandering through stalls my desire to shop was well worn out.

I took the metro towards the Seine and got off on the Ile de la Cité. Then we just walked along the quai and enjoyed the rest of the afternoon seeing that we were waiting for rush hour to kind of wind down. We drove to the Gare du Nord in order to check out where we have to return our car to take the train to London tomorrow, knowing that we’d need at least 2 hours just to get back to where my family lives in the suburbs. Yeah, for those of you who plan to visit Paris, don’t bother with cars unless you are living far outside the city center.

So this is the end of my time in Paris. It’s been nice catching up with my family and seeing the area again. Tomorrow I head out to Cambridge and then soon it’ll be off to Romania.