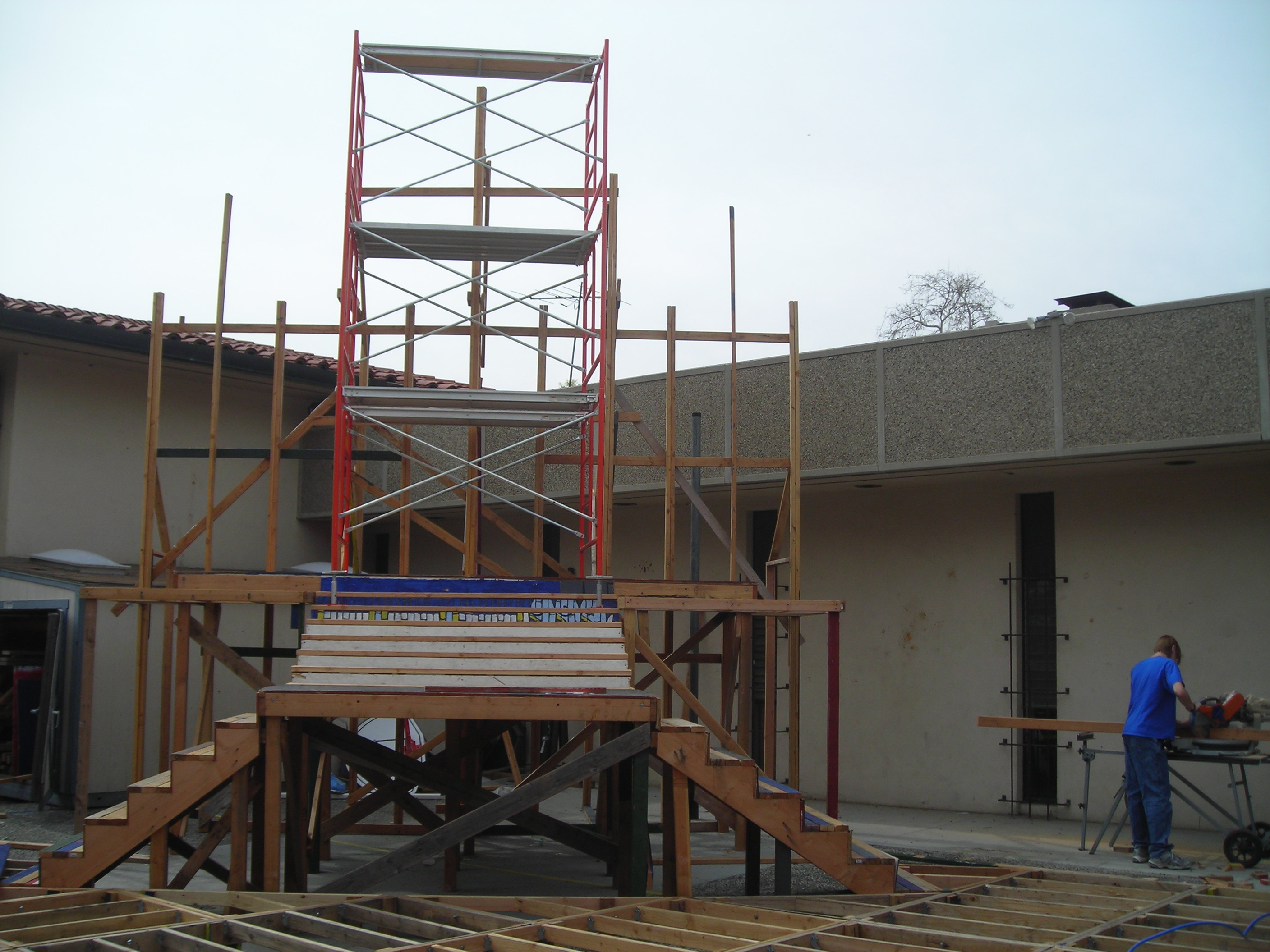 March to the Scaffolding

This last week, we’ve worked mainly on the temple. It’s basically a giant facade going 28 feet high, attached to several raised platforms at 8 feet and a staircase going down onto the dance floor. Creating the backing for the facade is a challenge in itself, because you need to backbrace it so it doesn’t fall over backwards when people push on it, and also make sure it weighs enough so it doesn’t fall over forwards if it catches the wind! We used a few 16 foot 2x4s nailed together as the main beams going straight up, and then attached a lot of shorter 2x4s to brace them so they don’t move so much. If you look in my second post, you’ll see a picture of just the main bracing, which only goes up to 16 feet.

The top level of the scaffolding, where we’ve occasionally eaten lunch, is something like 22 feet high.

In other news, we finally put in orders for T-shirts, so I’ll get pictures of those when they come in. We’re also starting on the water system, which involves getting pumps, building reservoirs, and cutting gutters. That’s probably going to occupy most of our time during the last week and a half, so stay tuned to see everyone get soaked (no really, it’s happened already!).