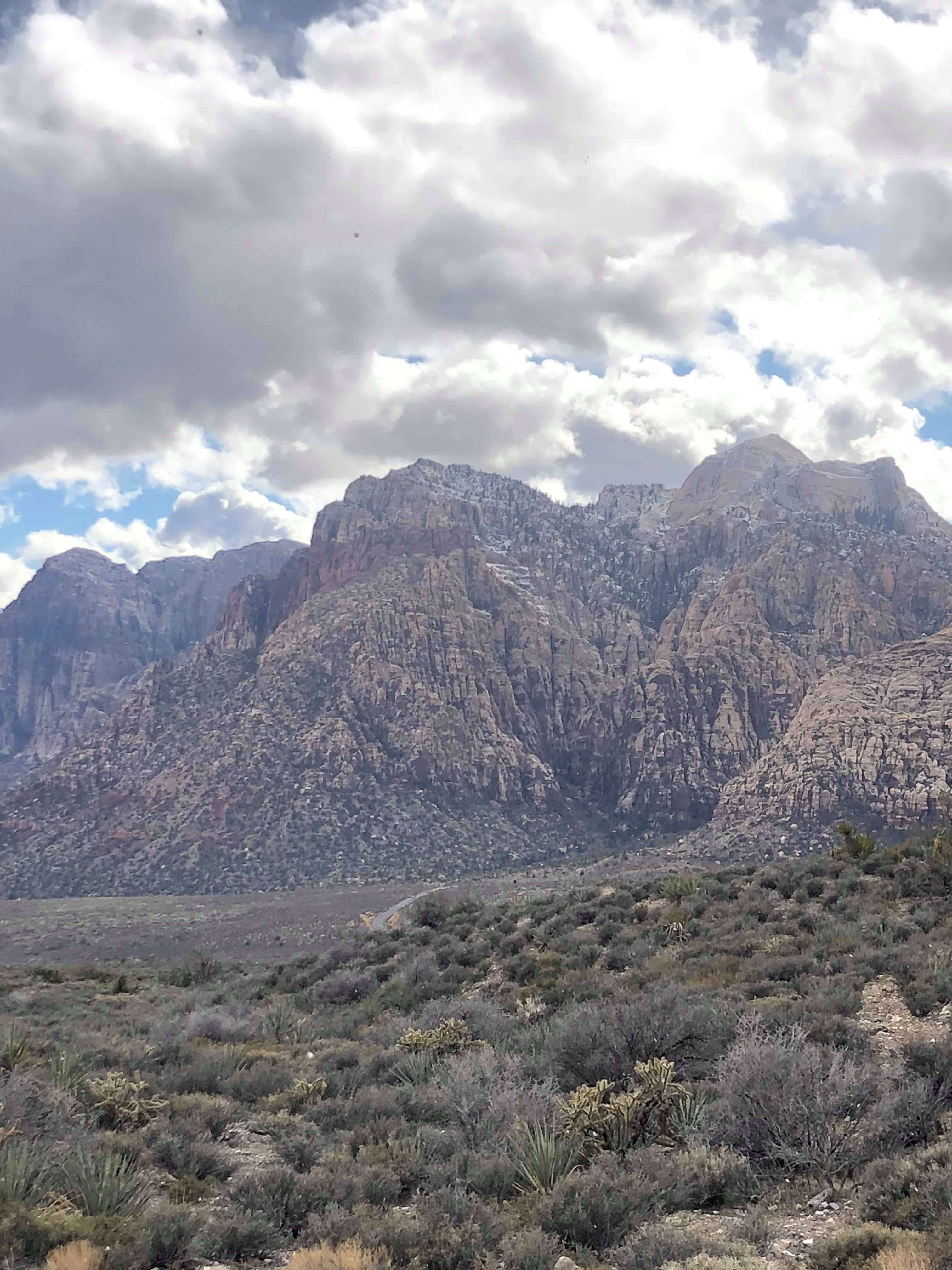 My favorite part of every term is Geology (Ge) 136. Ge 136 is a field trip based class open any undergraduate or graduate students at the institute. Each student in the class chooses a topic, writes a brief report, and then presents on it in the field. Mostly members of the Geological and Planetary Sciences (GPS, another classic Caltech pun) enroll, meaning the class is always filled with people ready to answer any questions about colorful rocks, weird extremophile microbes native to the region, or even the planets and stars we can see at night (most trips are in regions with low light pollution so the Milky Way is generally visible).

This term, we went to Southern Nevada, right near Vegas. Unlike the glitzy gambling and over-the-top shows you’re now probably thinking of, we camped for two nights without a shower. Ironically, this was not my first time doing that in Vegas. Last spring break, I camped about 20 minutes away from the strip on the way to Zion. I only got to spend a night in the area, though, so I was super excited to be back.

Though the drive to get there was a bit long, we stopped many times along the way to see geologically and historically interesting phenomena, including a site where tons of Mammoth bones were found and mountains over which over 1000 nuclear weapons were tested.

When we finally got to the Vegas area, we headed toRed Rocks Canyon State Park. While waiting to enter the famous "Scenic Drive" within the park, it began to snow! The gray sky and white flecks brought out the brilliant oranges and red of the oxidized rock. I was in a desert winter wonderland.

The mountains of Red Rock Canyon in the snow (yes, there is blue skies in the picture, but I swear there was a large gray cloud above us!

The next day, we went to the Valley of Fire. I'll let the photographs do most of the talking because their beauty is unparalleled, but I wanted to share a few awesome facts about the area. The red sandstone is part of a rock unit called the Aztec Sandstone. Its red color is due to the oxidation of iron to form a variety of different minerals, namely hematite. Much like me, the grains from the sandstone came from the east coast. They were once part of the Appalachian Mountains. During the Jurassic period, the US was a large desert. The grains were able to travel from cost to coast as part of sand dunes. Those dunes eventually became compacted, creating the rocks.

Overall, we really got to experience what Caltech does best over these past few days: giving students the opportunity to interact with what they are learning in every possible way.

Stay tuned into my next post to hear about the non-geologic places we got to see!

Some hole-y sandstone. Fluids dissolved less stable regions of the rock, creating the little pockets you see.
This rock looks like a painting!
Ice on my tent in the morning. It was very cold!
My favorite picture. You can really see the layers within the sandstone here.
Petroglyphs.
Our trusty "Yukon," one of the finest members of the GPS fleet of vans.