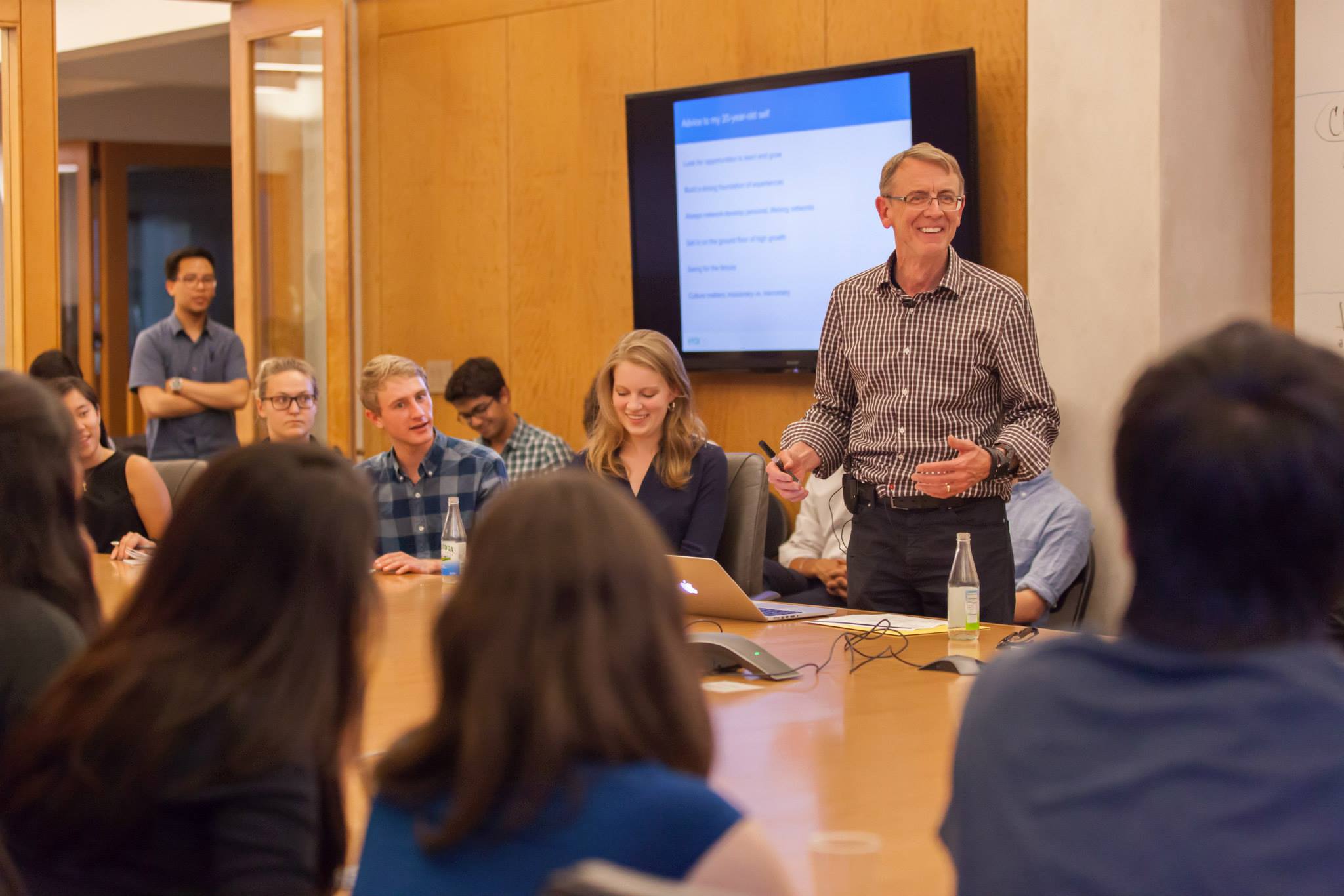 I Met Someone Important

Tuesday was a pretty regular day. I made a lot of progress on my project. We had a lunch & learn where I ate pizza and learned computer stuff (signed an NDA, that’s all I’m saying). I got to go home a little earlier than usual because there wasn’t an event and I didn’t have to go to the gym. Instead I came home, did a yoga video, and made bibimbap. I was still recovering from a low-sleep weekend so I was feeling a little slow, but the yoga is good for me.

Wednesday was exciting. I got into work and finished writing and unit testing stage two of my project, which is more computer stuff. We had a welcome lunch for the three (!) people newer than me on my team, which was pretty solid. Thai food is my jam :) I wish I knew how to make it myself, but it never tastes quite right. Plus our new guys are pretty cool, our team is hiring people and then sending them to Virginia (the other Opower office).

I left early on Wednesday for a Kleiner Perkins Fellows event - dinner with John Doerr (this guy!). He was actually super nice, he let us ask a bunch of questions and solicited our feedback on diversity in the workplace (an offshoot question from the recent case former partner Ellen Pao brought against the company). We got free books - one on taking advantage of your twenty-something years and The Martian by Andy Weir. I’ve only just started the former but I highly recommend the latter, the science is totally valid and it’s a thrilling read. You can even get it online legally without paying anything! Also I got an awesome seat completely by accident (I’m the blonde one!).

The guy on my left is really really important. That’s why he’s standing up and holding a whiteboard marker. I know it looks like I’m texting, but I’m taking notes. There is an excellent case to be made for carrying a tiny paper pad and pen everywhere. I actually got some excellent takeaways from this talk. I’m signing up for some activities to improve my public speaking and sales capabilities; I used to be pretty good but I’ve fallen out of practice in college. Also here’s another picture of me during the post-talk Q&A, which was also very valuable. He made a real effort to focus on and speak with everyone who came to talk to him.

This afternoon I worked from home. I went into work in the morning, decided today I wasn’t focused enough at work, and I went home. I went to the gym in between and did some lifting, and did yoga when I got home to stretch it out. Working in bed is actually really nice - big fluffy pillows, snacks you pick whenever you want. I’ve never been a big desk person, I like to work on couches and beds and sometimes the floor. Boyfriend is very jealous - he’s a chemistry major and he obviously cannot bring his super explosive chemicals home with him (I don’t actually know what his job is, so I’m forced to assume that he’s using lab chemicals to make fire).