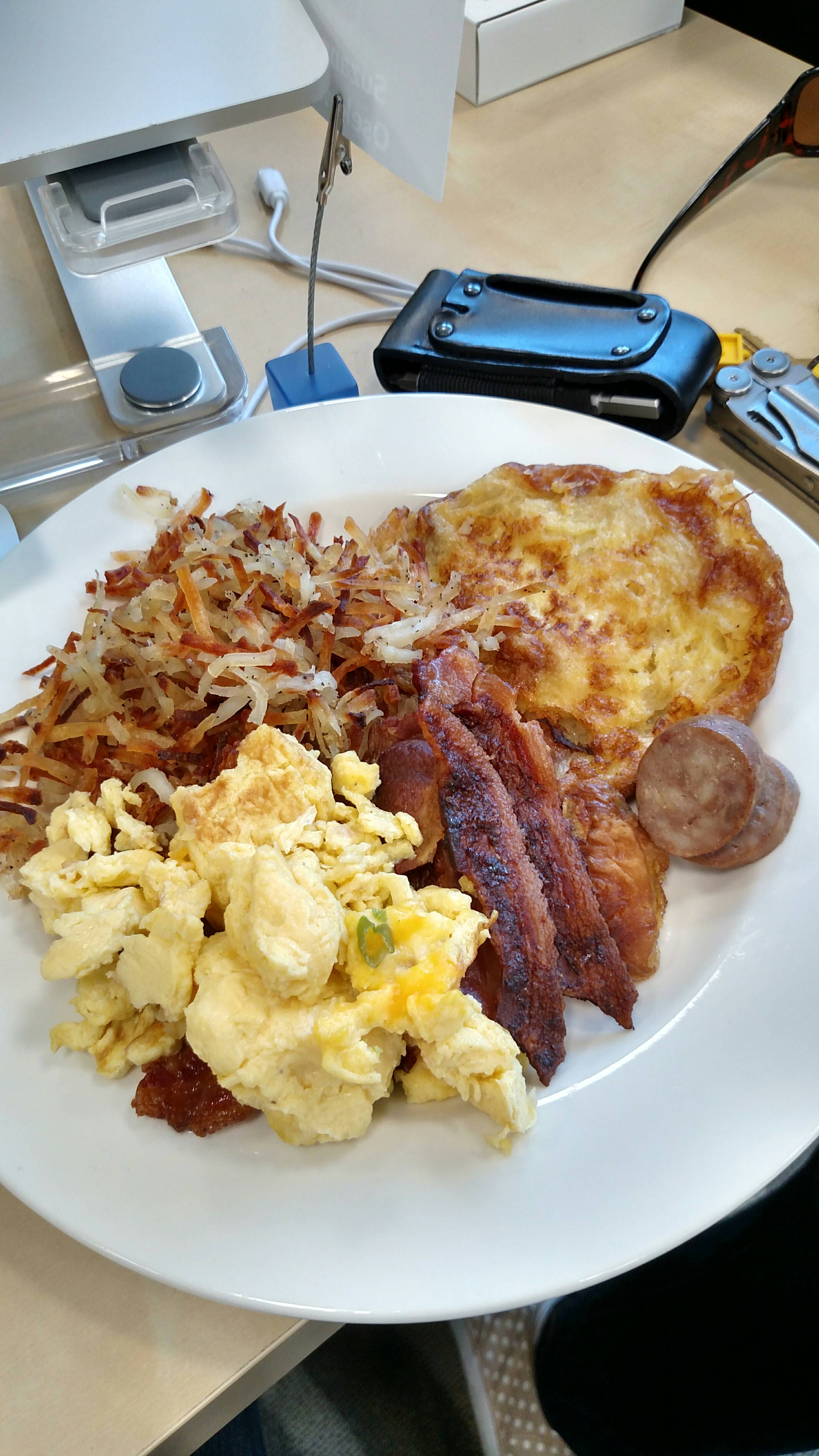 I had a rough Monday.

One of those Mondays where you wake up at 8 and don’t manage to get to work until noon.

One of those Mondays where you’re literally falling asleep by 2pm.

Office Ops are the people in charge of keeping the office happy. They do things like plan office happy hours and guacamole-making contests, as well as many other things I don’t fully understand. They bring us fresh bagels every Monday morning (which I would have missed entirely, coming in at noon) but today they outdid themselves.

Factor #2 that turned my day around: dog in the office. There are usually dogs in the office, but they’re… not the most friendly dogs. They’re shelter dogs who go nuts if left home alone, and they were never socialized properly so they get a little territorial around people. Today my coworker James brought his big old golden retriever Brady, who just loved everyone (and the bits of breakfast sausage that everyone was sneaking him). I love dogs. Not so much a cat person. It’s not that I hate cats, it’s more that we have a mutual coexistence. I don’t care about them enough to brave getting scratched; they seem content to keep their distance. So anyway, having Brady around was a big plus.

Monday was pretty uneventful after that. I was too tired to go to the gym, so I pretty much just did chores when I got home - figuring out the rent, stuff like that. Went to bed early.

Tuesday we had an “Interns’ Coffee Chat” with our company’s CFO. Pretty cool, we got to ask him questions and drink coffee. He’s an interesting guy. Apparently he brought in a pony for an employee’s goodbye party.

Tuesday night we had an event at the KPCB Edge Fund office. Edge is a sort of specialized VC - they spend two days of the week investing and the other three creating useful technology and content for their portfolio companies. I really liked them! They were very involved and they cared a lot about their work. We were asked to bring “a potential future fellow”; I chose a sort of mentee of mine from high school. Her name is Anna, we did robotics (FRC shoutout!) and cross-country together. Here’s us from way back in the day.

We’re at a cross-country banquet. I think I’m a junior in high school. There were tacos at the Edge event. Afterward, I basically just went to bed. One of the guys was all for going out, but it was a Tuesday night.

Wednesday was pretty routine. I started a kickboxing class and learned to configure dnsmasq. The kickboxing instructor was crazy peppy. I hope I get better at the routines - I had fun, but I’m sure I looked like an idiot. Brownies are in the oven, for my roommate’s birthday. Chet turns 22 today.