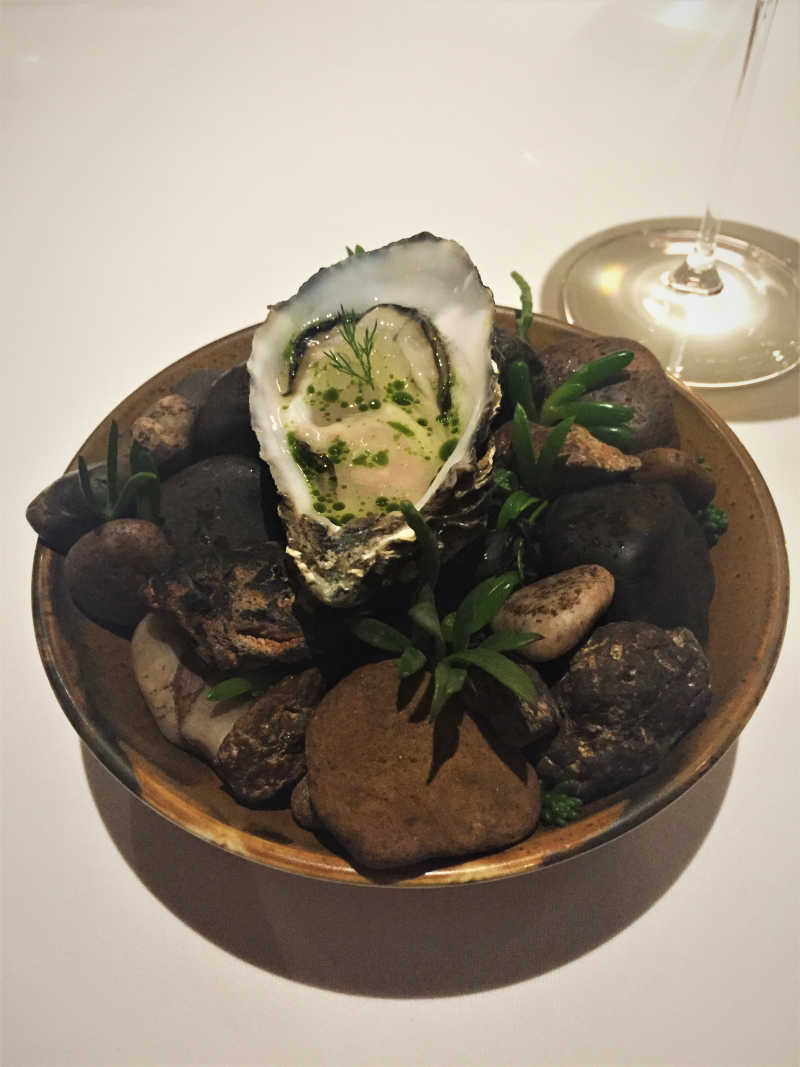 It was a farewell dinner today. The beginning of the end. Crazy to think in less than a week I’ll be back in Denver and this entire country hopping adventure will be completely over.

Justin and I went to the Balmoral Hotel. As a birthday gift I’d received a gift certificate for their restaurant, and there really wouldn’t have been any better way to use it than taking my best lad out for dinner.

The Balmoral’s restaurant is legitimately called “Number One”. And it’s frequently regarded as the best restaurant in Edinburgh (if not the best in Scotland). It has a Michelin Star, a tasting menu, and basically everything I’ve come to love about fine dining.

So let’s talk menu. The amuse bouche’s were a tasty pastry cup fish mousse, roe deer raw, and the most delicious “truffle bomb” a rice shell filled with truffly goodness.

Course one was an oyster from nearby.

Followed by my first time eating foie gras, with a delicious licorice bread (that really just tasted like gingerbread but was black)

Then was a scallop kedigree which is really just a fancy way of saying seared scallop on potatoes.

Continuing on, the main course was roe deer, chervil root, and pear. This was a delightfully tender and game-flavor-free cut of meat.

After this it was on to the cheese course, where we had an interesting mix of French and Scottish cheeses, served with truffled honey.

But wait! There’s more! Last up was a bramble sherbet soufflé with apple pie ice cream.

And we got some post-dinner sweets to go along with it. A nice bit of tablet and a pineapple candy.

My favorite? Strongly the last course, the soufflé. It was by far the most technically perfect baked dish I’d ever consumed. And the flavors balanced and played with each other unlike any dessert I’ve had. This meal was a stark contrast to the Michelin street food I had in Singapore, and a similar contrast to Providence in LA. This menu was united around the theme of Scotland at the holidays. Not the general theme of seafood. Or the singular dish of the hawker stalls in Singapore. And it was a perfect goodbye meal.