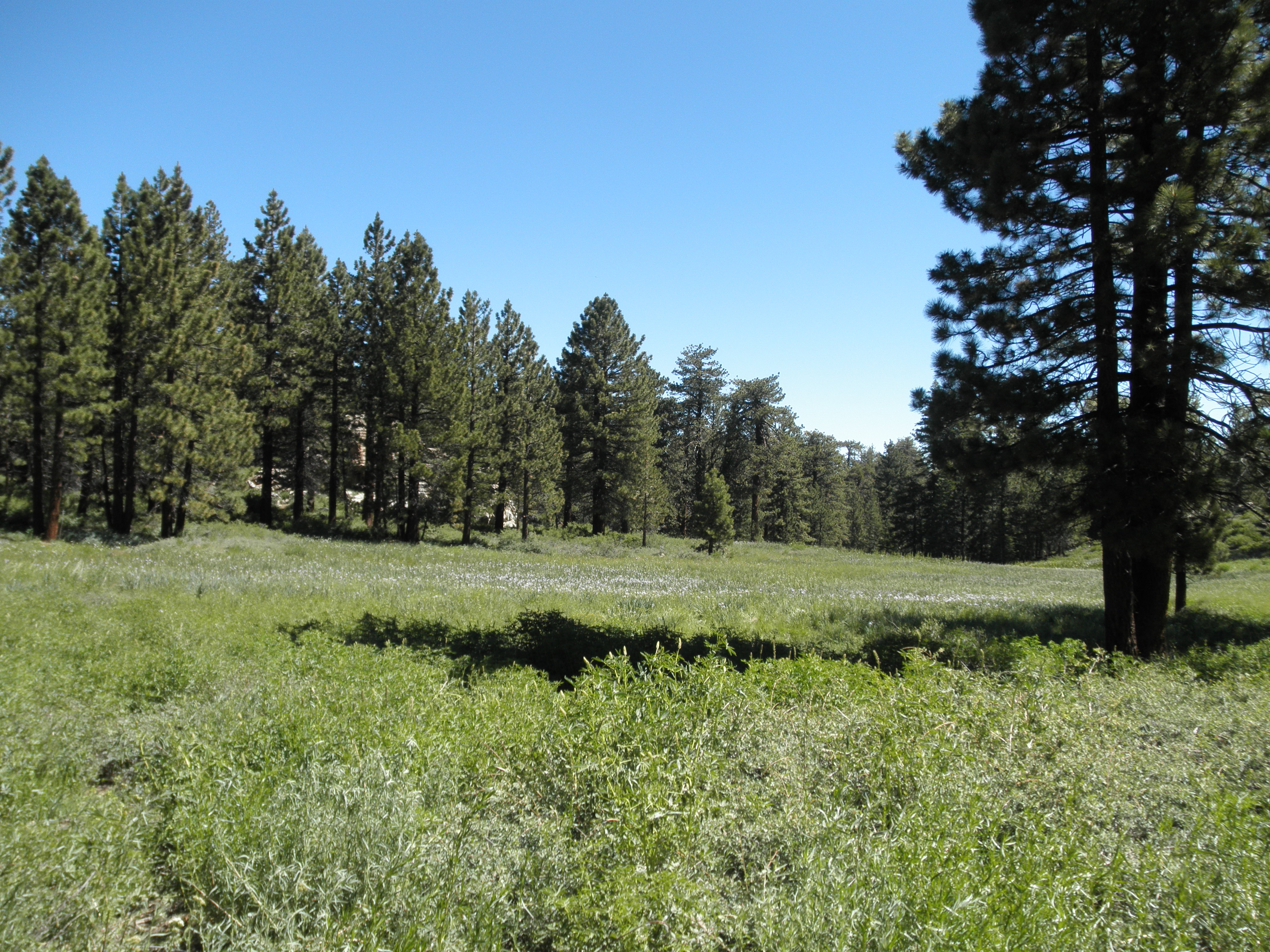 What in the world is orienteering?!? I vaguely remember my HS gym teacher being really into it, but beyond that, I didn’t really know what I was getting into when one of my friends and I (she had gone before :)) signed up to go orienteering this weekend.

I got into something really beautiful (and the smell was AMAZING - the pine had such a great, strong scent, I could finally smell forest again!) and I also got pretty lost. Orienteering is a sport (https://laorienteering.org/) where you get a map and a compass and three hours (or less, if you’re good at it). Each orienteering event has a bunch of different trails you can take, that vary in distance and difficulty.

We were orienteering at Mount Pintos (https://maps.google.com/maps?q=mt+Pinos+ca&hl=en&sll=37.0625,-95.677068&sspn=33.626896,56.337891&z=14) which is this AMAZINGingly gorgeous place in the Los Padres National Forest. None of my pictures really show it (we were racing, and it was very bright, so I didn’t exactly have a ton of time to work with my iso ect. - a good reason to head back and go camping there!). There are a ton of pine trees, and gorgeous pine cones to go with it. There were also many, many wildflowers! And this blue bird which looked amazing that we saw twice - not long enough to take a picture though! But long enough to enjoy!

So, when you’re orienteering, the goal is to get to all the checkpoints in your course as fast as possible. My friend was like, I think I’ll try the orange trail, I’m out of shape, and I was like, that’s fine. Then we got there, and I saw that the orange trail was only 4 km long. WHAT?!! I can totally do more than 4 measly little km in three hours! Right?!?! So, I kind of decided with her permission (never having done orienteering before) that we were going to do red - the hardest course offered at 5.5 km and apparently difficult. So what? I came to Caltech for a challenge. If it’s easy, it’s just not worth doing! Of course. So, after getting asked several times, and then laughed at, and then told well we better be back in three hours, and having someone explain to us how to read the clues on the map, we headed off. We found the first and second marker, no problem. But where was number three?

Three was not our lucky digit. We got so terribly lost. We were lost for about one and a half hours looking for three. We couldn’t even figure out where on our map we were for the longest time. We decided that getting to three would be our goal - on a course with 15 markers, 20 percent and a gorgeous hike / job is totally still a win! [We definitely went more than 5 km.]

The path between four and five was really interesting. We kind of could see what we were getting into, but basically, we were pushing our way through dense trees and brushes and prickly things the entire way while slidding along a slope [wearing long pants while orienteering is recommended and often mandatory]. I totally misread the clue and thought it meant that our thing was on the top of a hill, but luckily, my friend noticed my mistake and found the fifth marker! Which means we finished a grand 33 percent of the course – leaving 67 for next year! [where I plan on, if I go, finishing all of red!!!].

When we got back, another kid from our group was in charge of the finish line. He had done the entire red course - in 1:27!!! Some other people had done the course in 1:10. (Perfect) Practice makes perfect :) Maybe one day :) But first, I want to go read more chemistry :)!! My friend and I were thinking about bringing our sets up to that campground during term and doing our work under the pine trees one weekend… fantasies, fantasies… [there are trips like this that don’t include sets too, for example the beach trip most houses have in the spring or the ski trip in the winter ect. :)] Yay!