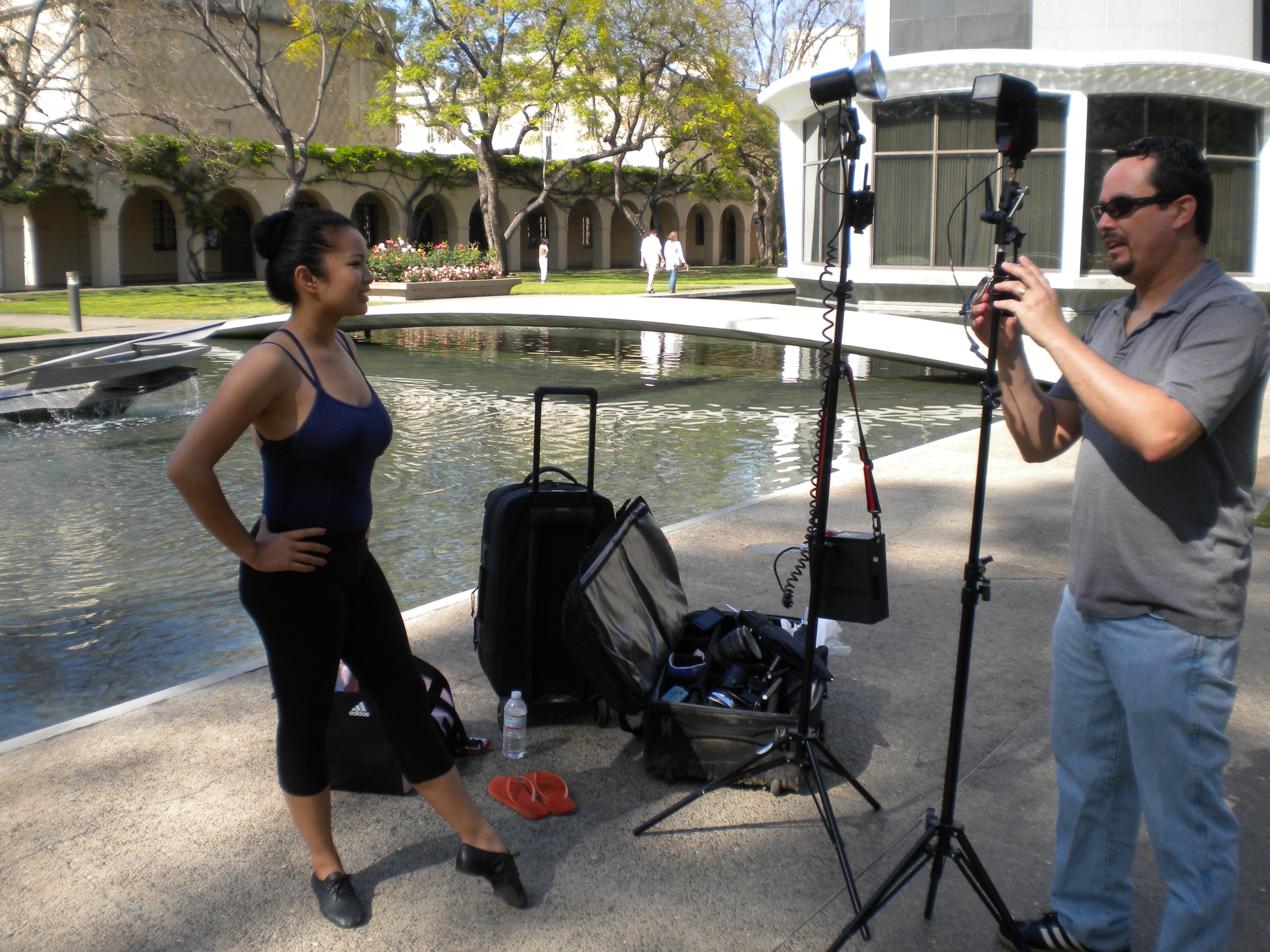 Ouch! My back hurts from a whole lot of jumping this morning! I woke up early this morning to meet a photographer over at Millikan Pond to take dance action shots of me. Most of the shots were of me jumping in the air….and I was not sore…until 2 hours later.

I was approached by Dr. Carol Carmichael (First Lady of Caltech!) a few weeks ago and was asked if I would be interested in taking a senior portrait that would hang in the President’s House. Since she and President Chameau came to Caltech in 2006 (the same year I came in), they have had about 4-5 seniors from every graduating class take black and white portraits to hang in their home to commemorate and represent the class. It was such an honor—and of course I obliged. Even though all of the real portraits have yet to be uploaded–I have a few behind the scenes shots by my amateur spontaneous photographer/good friend, Andrew. :) I got to see some of the shots taken by the photographer, Louis Felix, and I was super surprised to see how well they turned out…can’t wait to see all shots…and which one President Chameau and Dr. Carmichael choose to put up. Louis and I discussing the composition of the shots and the possible locations…

Setting up the lights at this location…

So–yup..that was my morning..now I gotta go give my back a rest :P Have a great weekend everybody!