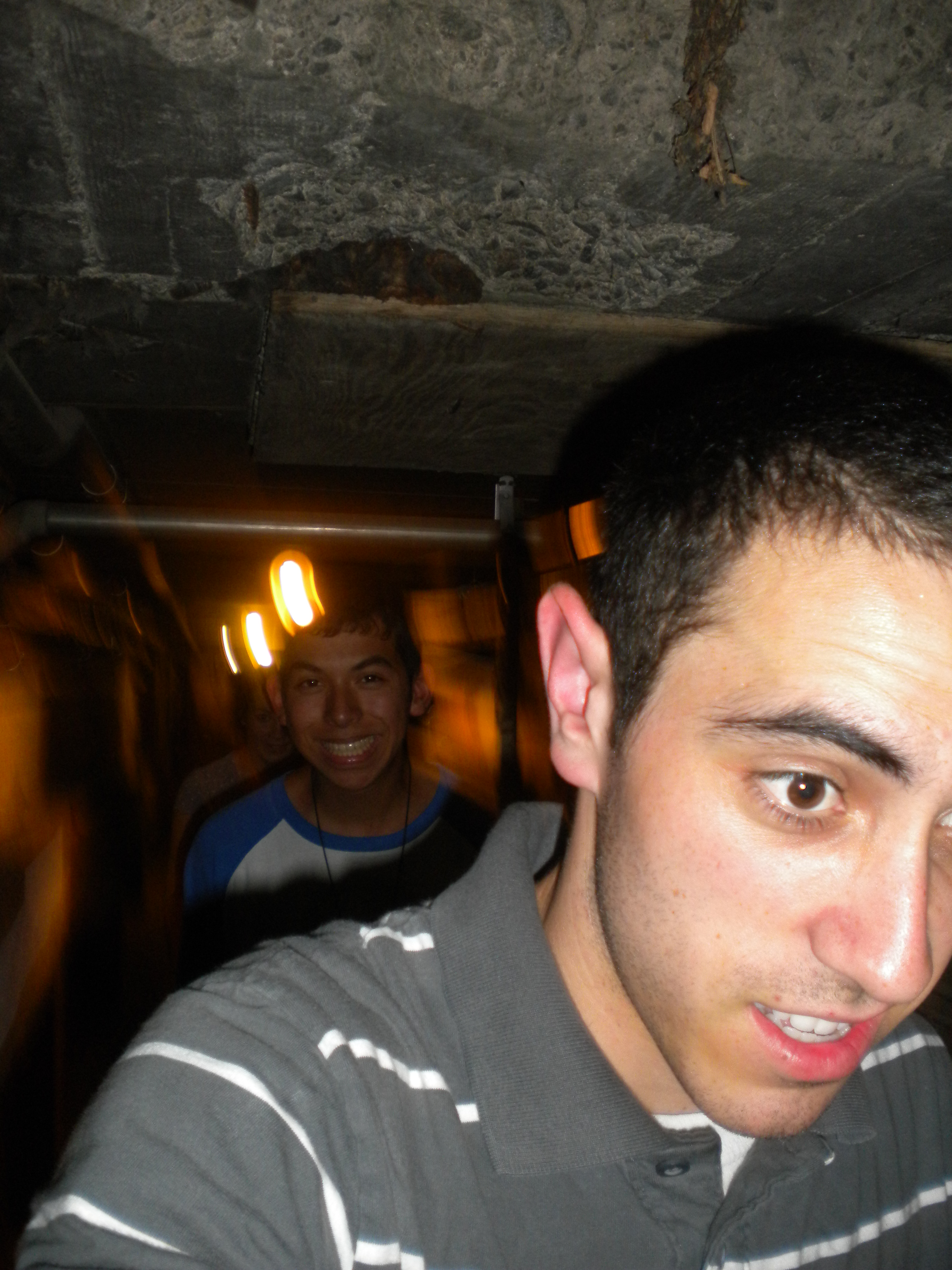 The Little Flies That Could...

Hey,First of all, guess what? I hate the little flies that could! I’ll get back to that in a while. Now for the rest of the post.So, I find it funny how I hardly have that much to do now that I’m home, yet I still haven’t caught you guys up with my summer! I just feel super lazy all the time and have been devoting my time to catch up with the TV shows that I wasn’t able to watch during the school year. Fringe, House, Bones, Lie to Me, Big Bang Theory, Eureka, Warehouse 13, OCD Project (haha), and Jersey Shore (hah again). Umph. Anyways, here’s what happened during the week of8/9- 8/13. Ahh, so long ago! But yeah, this week was a pretty chill one. Some of the kids finished up their homework a bit early and needed someone to help them get into the tunnels. Okay, underneath Caltech, there are tons of tunnels. Techers have been navigating the tunnels for decades and along the walls and stuff, there a murals and bits of wisdom. I know a few people who are pros in the tunnels. I, on the other hand, know nothing. I went on a tour when I was a prefrosh and that’s basically it. But, since the kids wanted to go and they needed a counselor, I was down. First, we tried getting into the tunnels one way, but failed. And then, we entered a different way and were successful. Woo. Hah. Here’s a pic of us walking down one of the them.

Ha, my friends are so cool. :) Actually, we act like such weirdos around each other! That’s the best part. Hahah. Earlier in the day during lab meeting I was bored and drew an eye on my palm. So, at Cherry on Top, I held up my palm over my eye and they took a few pictures. We were having fun with it, so Melissa decided she would make some mustaches. Both of those fingers were two kinds of mustaches, but I had the brilliant idea to use both at the same time. Except, to use one as a unibrow! This is the masterpiece that resulted. Hahah.

Lo and behold…drum roll please….the spinny pole thing! As you can see, Lucas was enjoying himself. And in the background is a pretty cool spider web, trampoline-type thing. Both are super legit and really really fun to play on! I decided to go on the spinny pole and actually kind of regretted it afterwards! Normally I love that spinning feeling, but this time I just felt kind of sick. Lol. Oh wells. I still think that it’s the best playground equipment by far! As the the spider web, trampoline thing, that’s pretty cool as well. It’s not as elastic as a trampoline, but you’re still able to jump and you can also crawl around the ropes. Good for big kids? Check and check.

And I finally got some results. Something really sad happened. If you remember, the way my gene construct worked is that if only one chromosome from my construct was present, then the organism or tissue would die. We sent the DNA for the constructs out for injections. When we got the flies back, we then crossed them with themselves, to obtain homozygotes. We then crossed the homozygotes with each other, to obtain some heterozygote mutants–our desired product. Finally, these were crossed with wildtype.

If the constructs worked, then we should have seen that the heterozygotes were perfectly fine and that the progeny from the wildtype cross were either dead, or had defects. The reason they would be dead is becausethe heterozygote/wild type crosses would have only one chromosome. Well, this was the hypothetical result. We actually got something otherwise. :( One of my constructs had promoters that were in the flight muscles. So, if the construct worked, the mutant/wild type cross should have all been flightless(since muscles should have died). When we put the flies into the cage, at first all was fine. But then, some started to hop a little and then eventually started to fly! Worst thing ever. I hate those little flies! We weren’t sure why exactly they could fly, but it might be that there’s something that the fly uses to compensate for theabsenceof that promoter. Testing is going to be continued.But yup, there’s my sad story! I think I have more blog post for you all. I actually started this post and that last one about three weeks ago. Gahh. I’m so lazy! hahah. Okay, until next time!-Mario