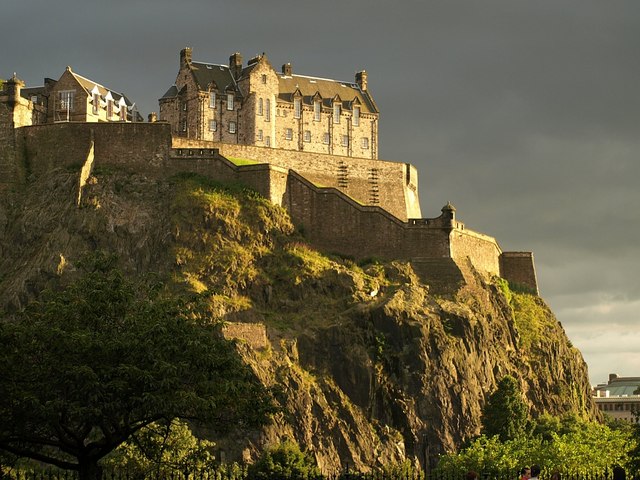 Hey guys! In the time since you last heard from me, I’ve been a complete tourist here in Edinburgh. Since I only have one semester here, I’ve been seizing every opportunity to explore the city. Thus, I believe I am now qualified to write the following guide: if you ever stop by Edinburgh, here is the breakdown of all the places!

—end— For every tourist: I don’t know why you would only stay for a day or two, but if you really have no choice and cannot cancel your subsequent trips to Glasgow or England (just kidding! Those places are lovely, too), then these are the sorts of things that people do when they only stop by.

How much: £16.50 (adult) = approx. $24.50 (conversion rate 1.53, according to Google) The castle is a giant walled fortress on a hill, constructed for defense. Today, the castle is filled with museums about how it was used. The Honours of Scotland (including the crown jewels!) also reside in the heart of the castle, and they’re gorgeous. They’ve been through a lot, and the museum walks you through how they were smuggled to safety, hidden away, and rediscovered multiple times. My favorite was the part about prisoners of war. During the Seven Years’ War, the American Revolution, and the Napoleonic Wars, prisoners of war were kept in the dungeons of the castle. American POWs were treated like pirates and were given a chunk of bread a day, while European POWs were given hearty, balanced meals with some meat and vegetables, too. Most surprising was that they were even given a pint of beer every day! Arthur’s Seat

Arthur’s Seat is an extinct basalt volcano in the heart of the city. It’s a short trek with different paths that suit hikers of any expertise. The view from the top (as well as the hike up) is breath-taking: Princes Street is fun to identify, as well as each of the spiraling towers of various monuments. To the northeast is the massive blue ocean. I’ve climbed twice to catch the sunset, but naturally Edinburgh’s autumn brings clouds at just the most inconvenient moments. If you make the trek, make sure to bring a hat to stay warm, but watch out for the wind! During my more recent attempt with some friends, the wind whipped at us really strongly. Fortunately, it was blowing us into the mountain rather than plucking us off!

Ghost tours Auld Reekie and Mercat both offer great ghost tours of the vaults. There are also several stands along the Royal Mile. The tour guides are talented storytellers, and their stories sent waves of chills dancing down my spine.

On a related note, check out the Real Mary King’s Close! The tour guides each assume a character from the Close and lead you through what was once a vibrant market area.

Those are some of the basic things that every tourist must do! If you have more time in Edinburgh, check out my next few blog posts for information about cafés, museums, and more! wish you were here + keep lookin’ up, jenny.

ps: again, if you have any questions about studying abroad or Edinburgh, feel free to comment and i’ll answer them in a post later!