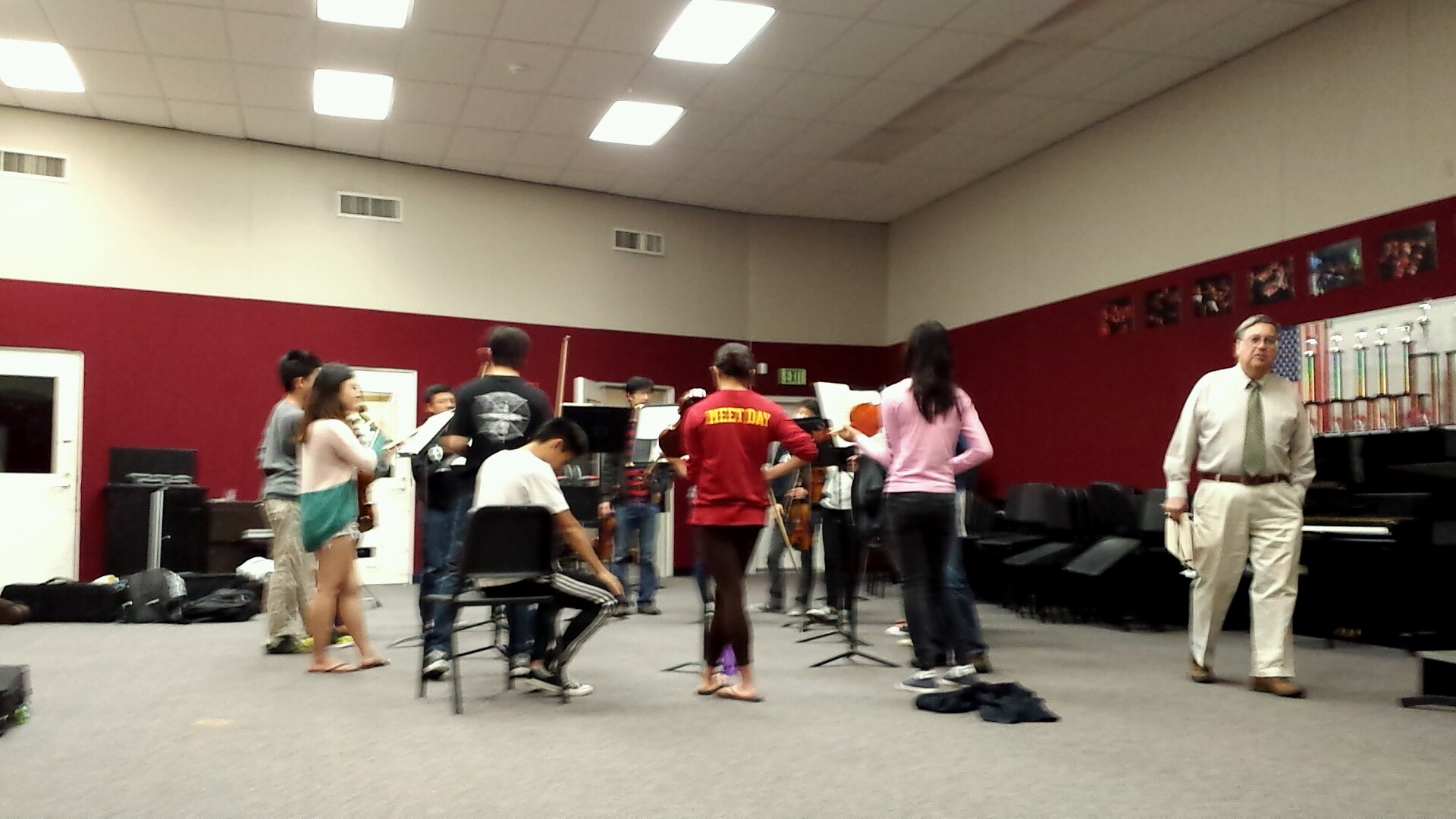 I went to see my old high school orchestra on Thursday. Ugh, what a torture it is to wake up at 6:50 am once more! But seeing the faces of my lovely family of four years was definitely worth it. This is a picture of what we call sectional rehearsals, where the orchestra splits into its different instrument components (ex. first violins, second violins, viola, cello, bass) and rehearses according to section. The advantage is that each section plays the same part, so it is easier for section leaders to work on specific problem spots without the conductor having to worry about the whole orchestra.

My mom took my dad and me out to lunch at her favorite Thai place. This one served soup, spring rolls and fried wontons along with their entrees, which were more skillfully cooked than Daisy Mint’s. That being said, I don’t think I’m wholly used to the idea of sweet noodles (such as Pad Thai) quite yet. I do love rice noodles though. Lots to learn about the world!

…usually work better than parentally planned ones. For example, portion planning could easily go wrong at a large gathering if one family brings unforeseen guests, whereas a carefully-arranged potluck between some high-school friends during extended lunch generally results in a fantastic meal. Shown here, though not placed very artistically, are homemade meat pies, baked mac and cheese, egg-salad and apple sandwiches, spring rolls, scallion pancakes, and cupcakes.

One never knows what may come up in the glorious supermarket of Vons, more commonly known as Pavilions here at Caltech…

Just a few random snapshots of the non-academic things I did while on spring break this year! Till next time, Anita