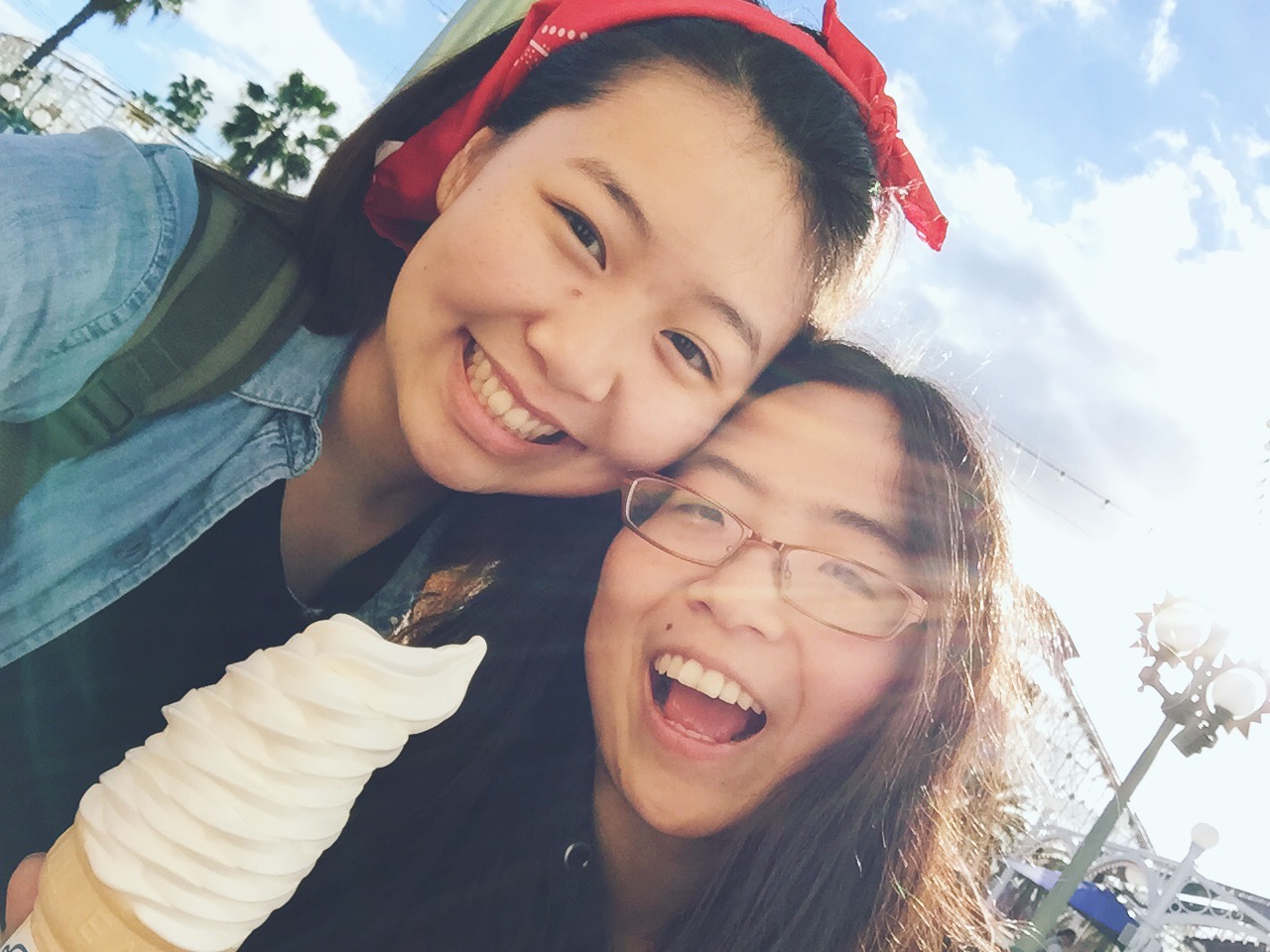 That one time I sang at Disney

I’m not sure if I’ve mentioned this before, but I’m part of the Pipettes, the only all-female a cappella group at Caltech. There are four a cappella groups: Out of Context (co-ed), Fluid Dynamics (co-ed), the Keytones (just the guys), and us. At the end of each term, we come together for a concert. Singing with my group of girls is just another way I make the most of my time in college. We started as a group two years ago, and unlike the rest of the Caltech population and the other three a cappella groups, we have no people with perfect pitch. (I’m always amazed at how many students here have perfect pitch.) Since fall of 2014, we’ve performed in seven concerts, with three or four songs each time. We only made more progress each time, but never did I imagine that we’d get to where we were this past weekend: The Disney California Adventure park!

We began preparing for the gig at the start of this term. In six short weeks, we learned six not-so-short songs, complete with some choreography. For the Disney show, we sang covers of “I Won’t Say I’m in Love” from Hercules,”Slow Me Down” by Emmy Rossum, “Mercy” by Duffy, “Sakura Kiss” from an anime called Ouran High School Host Club, “Send My Love” by Adele, and “Le Festin” from Ratatouille. Most of these covers, we arranged ourselves. Of these six songs, I liked “Le Festin” and “Slow Me Down” a lot. The former was fun to dance to, and the waltzy 3/4 feel was different from our usual. The latter was unique because it was a song with no solo–everyone contributed to the melody.

Disney was also great because the school paid for tickets so we could invite our friends and faculty to come support us, too. (: Lots of professors came with their kids:

After our performance, we spent the rest of the day in the park riding the rides, eating the food, and watching the shows. If you haven’t been recently, the Aladdin show has been replaced with an equally stunning Frozen show, complete with high-tech dazzling special effects.

It was cloudy for much of the day, which was actually quite comfortable since fortunately it didn’t rain as much as it was forecasted to. The sun finally peeked out for a short while late in the afternoon. My friend Yuka and I snuck in a selfie then:

The full video of our performance at Disney is on our Facebook page and posted below:

After we sang (and danced!) “Gee” by SNSD last year, we’ve been more interested in singing songs in other languages. We are preparing a completely non-English, multi-cultural set for concert at the end of this term.

Here's my favorite and the song I found the most difficult to learn. This one is a cover we did last spring of Postmodern Jukebox's version of "Thrift Shop":

Do you sing? Any requests or suggestions for next songs? We do anything from pop to Disney to whatever our hearts desire, and we're open to suggestions! You can also find us on Instagram (@caltechpipettes), which is managed by yours truly. (; keep lookin' up, jenny.