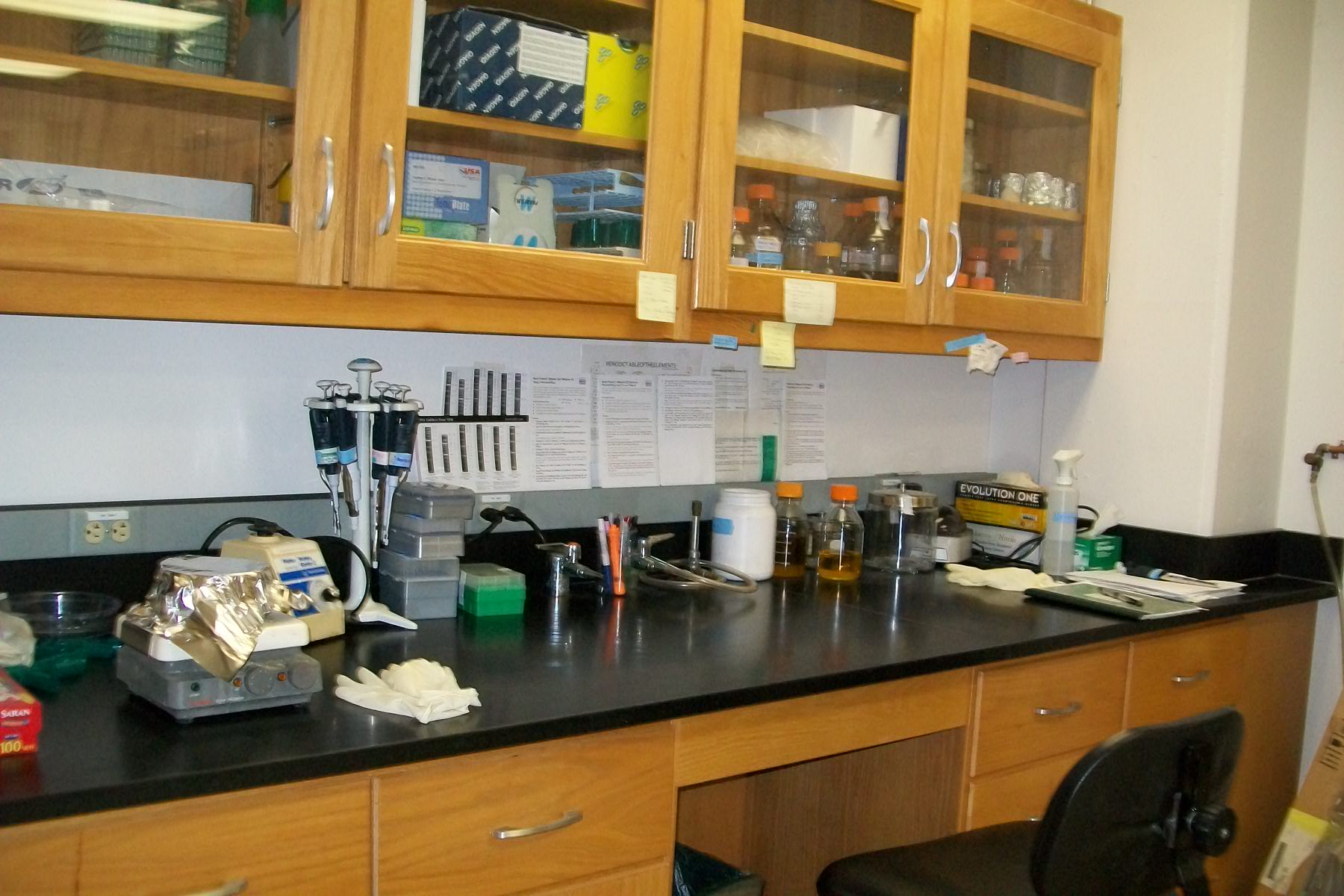 Progress... even in the face of mishaps

I found an ice bucket on a nearby bench. I asked the owner of the bench if it would be okay for me to use it. Getting the okay, I began to pick up the ice bucket. At first glance, it seemed like it was empty. However, upon closer inspection, I realized that it had some melting ice. Right then, my clumsiness decided to kick in, and the bucket slipped out of my hands. The papers and equipment on that bench got drenched, and I made a huge mess. On top of everything, I almost ruined someone’s computer.

The day definitely did NOT get better. In fact, when I got back to my room in the evening, and was making myself dinner, I burned three of my fingers while making two-minute noodles and consequently spent the subsequent 3 hours with my fingers on ice. I know what you’re thinking… but in my defense, the world was not created for the uncoordinated. Everything put aside, though, I have been making progress with my project in the lab. I talked last time about determining what concentration to use for error-prone PCR, in order to create my mutant enzymes. To go about doing this, I needed to have actual enzymes to test. However, when doing error-prone PCR, in essence, I just got a bunch of mutated DNA sequences which serve as the genes that encode for my enzymes, not the enzymes themselves. In order to get the enzymes, I had to utilize yeast. I first grew up competent yeast cells. They are considered “competent” because they can readily take up plasmids. Plasmids are circular DNA, and consist of a backbone and a DNA insert. Our DNA insert is just the mutant genes for our enzymes. Our particular backbone contains genes for the yeast to process uracil. We insert the plasmids into the yeast cells by means of electroporation. This is a cool concept; we basically shock the cells so that their membranes are perturbed and they take up the plasmids that are in the solution. However, like everything in science, this is not 100% efficient. In order to make sure that we only grew the yeast cells that actually had the plasmid, we plated the cells in plates that didn’t have uracil, which is necessary for yeast survival. Because the backbone of our plasmids gave the yeast cells that did successfully electroporate the ability to make uracil for themselves, only these survived.

After growing these colonies, we got plates that had many many colonies, each with potentially a different mutant gene for the cellulase enzyme (because our replication process for the gene was so random). Of course we had 4 different sets of plates, one for each of our initial concentrations of manganese chloride. We then hand picked each colony with a toothpick and put them in 96-well plates. We did one 96-well plate for each concentration. (We basically hand-picked almost 400 yeast colonies from petri dishes using tooth picks!! Sounds fun, huh?) Afterwards, we let our colonies grow out in media, so that the yeasts could secrete the enzymes.

After this period, we spun the cells down so that the cells and other unwanted stuff was pelleted, and we took the supernatant, that contained the enzymes that we wanted. We added this to new 96-well plates that had our substrate. If you’ve every pipetted, you know that it can take a while, especially when you have something like 400 total samples. BUT, it doesn’t take so long when you have the pipetting robot! (shown below)

The pipetting robot is just as cool as it sounds. It can pipette an entire 96-well plate in one shot, therefore making my job much easier :D! I got to use the the robot several times, as after we transferred the enzyme supernatant to the substrate and let them incubate, we had to wash the bound enzymes and substrate to get rid of excess sugars. After several washes, we needed to let the bound enzymes to actually break down the substrate, releasing individual sugars. We then used a sugar reagent assay to determine how much sugar was produced. The products of the four concentrations are shown below.

—end— As you go left to right on the first row and then left to right on the second row, the plates represent increasing concentrations of manganese chloride. It is evident that the top left has the most “blue” wells and the least number of “yellow” wells. The yellow wells represent not much sugar being produced, or in other words, enzymes that were dysfunctional. The blue wells represent the opposite. The one on the top left has a lot of functional enzymes, but this is probably because the concentration of manganese chloride was the smallest, and so the mutation rate was also the lowest. Consequently, most of the enzymes are probably pretty close to the parent, and so it wouldn’t be worth our time to create a mutant library that are basically a bunch of the original enzyme. The one on the bottom right has the most yellow wells, because it had the highest mutation rate. In this case the mutation rate was so high that most of the enzymes are dysfunctional. So, the choice was really between the top right and bottom left concentrations. The former would probably be the more conservative one, with a lower mutation rate, but the latter one, we decided, would probably be a better idea in terms of creating a better enzyme, so that was the one we chose! Whew! That was longer than I initially anticipated, so I’ll hold off on talking about social activities until the next post. It’s only been about a week and a half of SURF, and I already feel like I’ve done so much! But, never fear, there is more to come! Next week, I will be creating my mutant library of approximately 3000 mutants! I will tell you how it goes. Until then, hang in there, and leave me a comment if you have any questions! :)