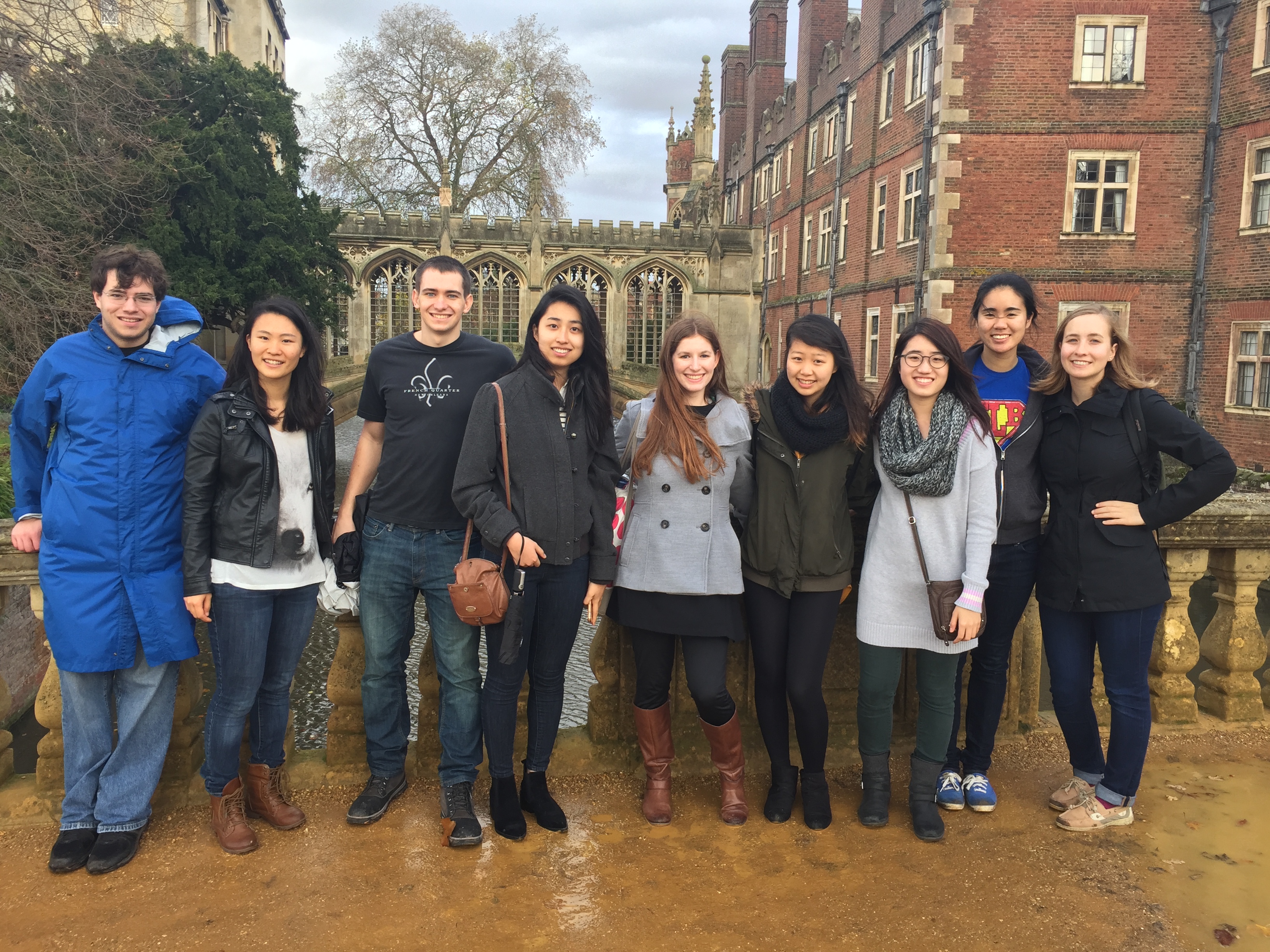 A few weekends ago, I got the chance to travel to Cambridge to meet a few former Caltech classmates. Adam is currently studying for a PhD in Churchill College (on the Churchill, Marshall, and Hertz fellowships), and Charles is studying for a Master’s at the University of Nottingham (on the Marshall), and he was visiting Adam the same weekend! It turns out, there is another Caltech graduate, Connie, studying for a Masters at Cambridge (on the Gates fellowship). Yet another Caltech grad, studying in Switzerland (on the Fulbright Scholarship) was visiting Connie that same weekend. IN ADDITION, there are three Caltech undergraduates studying abroad at Cambridge right now, in addition to a handful of Techers studying abroad at Edinburgh, who were visiting the undergrads at Cambridge the same weekend I was. We ended up all running into each other at Trinity College, and we got a picture in front of the Bridge of Sighs!

I got the chance to tour the oldest colleges, St. John’s, King’s, and Trinity. They all look like pieces of Hogwarts (which is because they were each used as parts of the set!)

It was a grey and rainy day, which is mostly what I expected for a day in England. The town of Cambridge is beautiful! The architecture is about as far as you can get from Spanish-style Caltech :P

That evening, I took a bus to London and spent the night at UCL with another Caltech student studying abroad there. I flew back to Edinburgh Sunday night, so I got to spend the whole day seeing sights in London that I didn’t get to see on my last weekend visit! It was Remembrance day in the UK (like Memorial Day in the USA), and I watched some of the parade. There were thousands of veterans marching through London, past Westminster Abbey, Buckingham Palace, Parliament. I followed the parade route and visited each of the sites.

This was a whirlwind weekend, and I’m so glad I got the chance to see so many incredible places. I have a bit more travel coming up before my study abroad semester ends, and I’ll share it all soon!