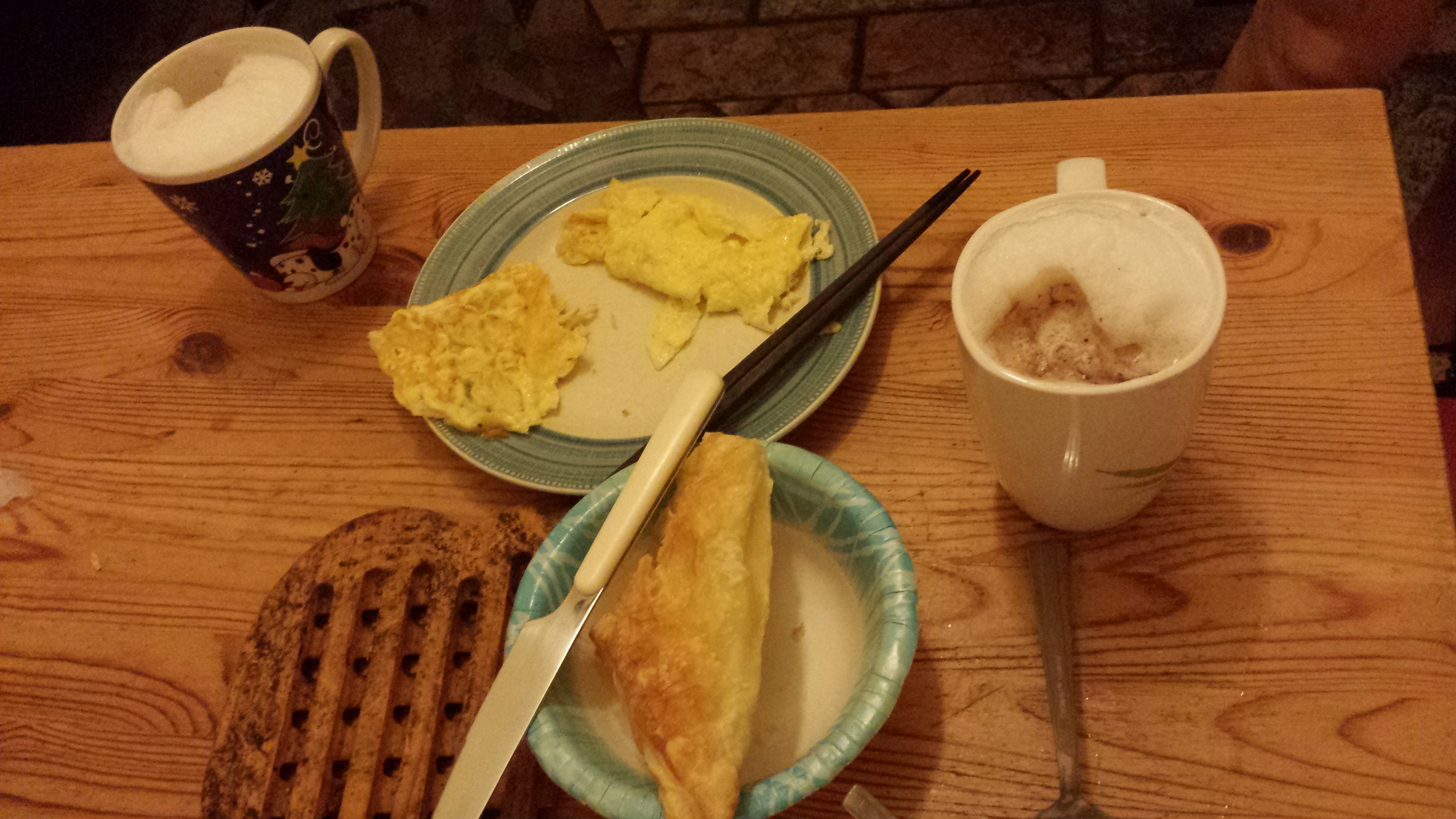 The first night I went back home to San Diego, my dad and I had a midnight feast. We took out the old expresso machine and had coffee with an apple turnover and some eggs. The last time I had such a large meal at 11 pm was when I was seven and my parents were buying our car from the dealership and the consulting went on until 10…

On Saturday night, we went to dinner at the Barona Casino buffet, where there was snow crab in the seafood section and a variety of international though still American-style fare. My cousin had become extremely fond of tacos and Mexican food during his short stay in California. I hit up a bit of every nationality and the seafood, then headed straight for the desserts to satiate my insatiable sweet tooth.

I asked for hot tea and they gave me the fanciest tea bag I’ve ever used, made of thick mesh and trimmed with a lace border:

On Sunday, we went to one of San Diego’s most scenic beaches at the Coronado peninsula. They import sand from Hawaii to replace the eroding shoreline, so at certain times of the year, the sand at Coronado is black flecked with beautiful gold specks of pyrite.

Built by right the beach is the Hotel del Coronado, one of the last remaining vestiges of the Victorian seaside resort era of American architecture. Around Christmas, part of the lawn between the hotel and the beach is converted into an ice-skating rink and the place is extra festive and beautiful, though the hotel is magnificent no matter the time of year.

There doesn’t seem to be a single ugly feature on the Coronado peninsula. Everything is always green, well-paved, or freshly painted. I can’t imagine what this does for the drought in California…

My cousin’s visit to Southern California ended on Sunday night with a dinner with cousins from the other side of the family LA before dropping me off back at Tech. He went back to Taiwan five days later. I hadn’t seen him in seven years! After overdosing heavily on seafood and sugar for the weekend, I was rather glad to be back at school where my roommate and I could cook vegetable-heavy meals once again ;) Till next time, Anita