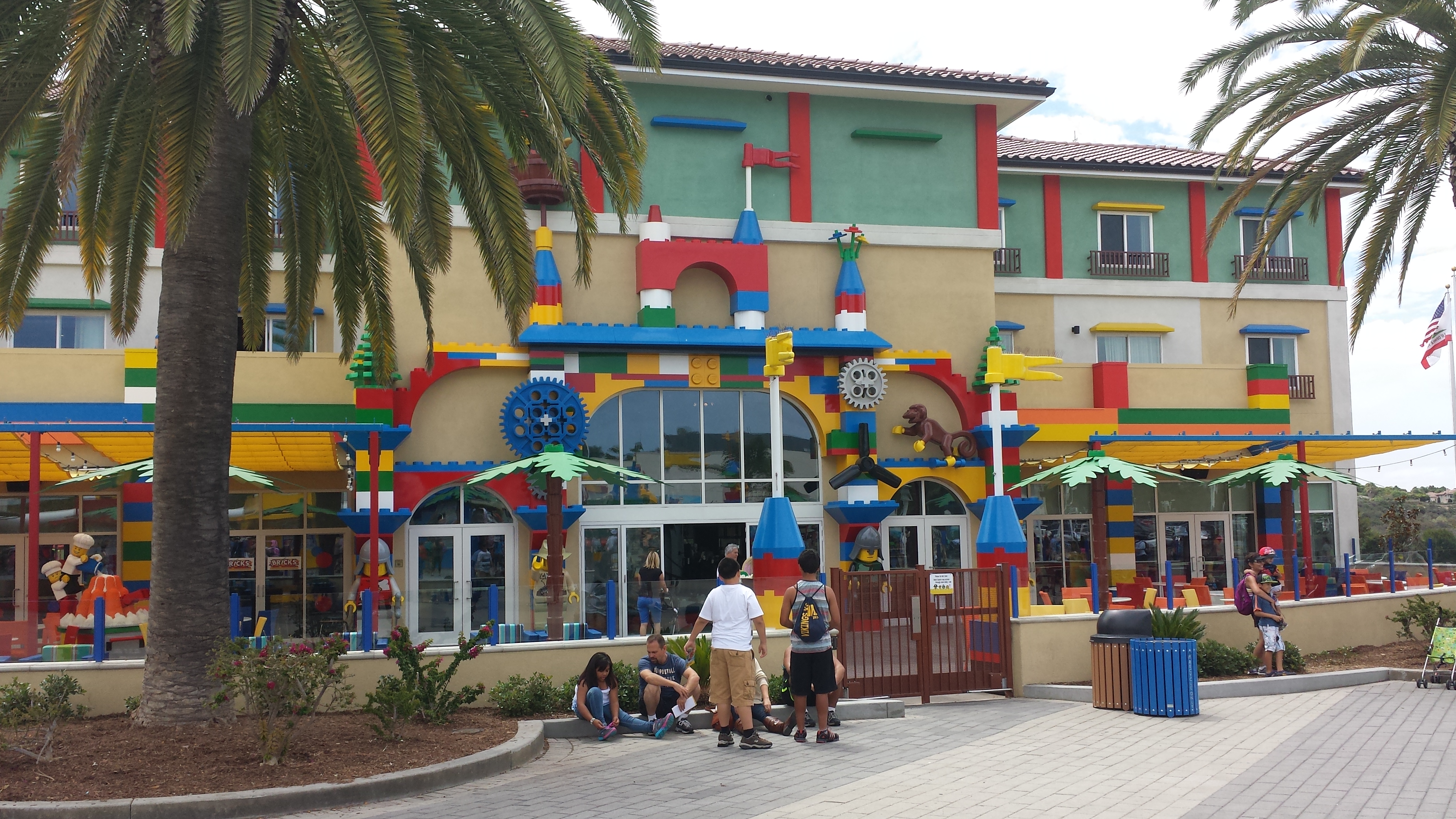 I went home for a weekend in July because my older cousin was visiting from Taiwan. He’s a software engineer, which gets me thinking…wow, I have a botanist cousin, a doctor cousin, a software engineer cousin (and a banker cousin). These are the ones that are out of college and have jobs. For those in college, there’s a math major, an electrical engineer, me (the chemical engineer) and my younger brother, who will study chemistry. Science appears to run in the family, until the next cousin in line decides to study finance or diplomacy or international trade.

Anyhow, my cousin the software engineer has an obsession with Legos, leading my parents to plan an outing to Legoland. I remember loving the place as a kid, but I haven’t been there for ten years. I was nervous and excited to be going back, our all-adult group a rarity in a theme park where nearly every visiting party has at least one child below, say, the age of 10.

Now Legoland has a resort right next to it. I think it’s more fun to not live right next to a small theme park (at least Disneyland has two parks now), but that’s just my personal opinion. The screaming kids going in and out seemed to be having the time of their lives, however.

Legoland plans its topiary quite well. The buffalo are a clever mix of shrub and Legos–just the right balance between maintenance costs and lifeless plastic.

Next is a picture of a Lego beaver swimming in the stream. Caltech pride.

An ice cream Lego set? …to teach children about computation and permutation when they make sundaes and ice cream cones for their friends, of course.

They also give kids practice for climbing banana trees. I mean, “banana trees.” The tree is clearly fake. How like a monkey is a human, squirreling up that plastic, the stationary watcher observes.

As for what there is actually to see at Legoland, what is meant by park officials to be seen by the visiting public, this is a portion of the mini Lego world. On the top, the new Star Wars exhibit that wasn’t here in my time (Episode II, Attack of the Clones, Battle in the Arena); and on the bottom, mini Las Vegas (the Luxor Hotel, with its nice pyramid and sphinx).

I remember why I stopped coming to Legoland after I started growing up. Too many kids, too crowded despite not being Disneyland, too few physically thrilling attractions. Knott’s Berry Farm has gone up a few notches on my list. But yes, it was a good experience too, like visiting a fond childhood hideout, refreshing the memory after it had worn thin. It’s important to remember a child’s emotions and a child’s pleasures, for the sake of understanding the world around us and understanding our own inner children we did not succeed in leaving fully behind.