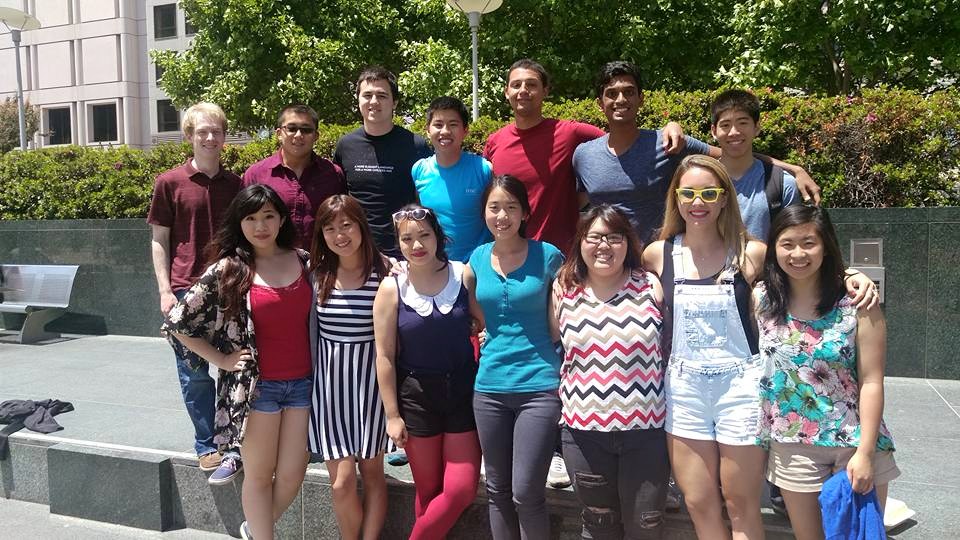 Celebrating America's Birthday Away From Home

This past July 4th weekend I was able to go up to San Francisco to meet up with a bunch of friends, all from different phases of my life, and it was an absolute blast of a time getting to see everybody! I could give the full itinerary, but it wasn’t really the most touristy and consisted of a lot of just “chilling.” If anything it was a welcome contrast to the breakneck pace at Caltech; even as I love pushing myself harder intellectually than I’d have ever expected, I can’t like hanging out with good friends any less.

It turns out my high school landed an unbelievably large number of students in the Bay Area this summer, so I got to meet up with all of them and meet their +1s, most of whom were couples. In fact, I was the only one who brought a +1 whowasn’t a significant other.

Getting to see where everybody ended up was a privilege indeed, and the great thing about having such intelligent friends scattered to the four winds only to meet back up again is the diversity of thought. College is perhaps the most influential period on our intellectual lives, and it was all of heartening, inspiring and stimulating to hear what everybody’s gone through and how they’ve handled it all.

Notable also were my fourth (yes, fourth…) trip to Fisherman’s wharf and a complete failure to see fireworks amid the thick fog that consistently dominates the San Francisco skyline. However, despite it being my fourth trip into San Francisco and certainly not my most touristy one, it was still a very enjoyable one simply for the company. I would highly recommend such sorts of opportunities even if it means compromising somewhat on work (which thankfully I didn’t need) simply because, well, it was really fun to see everybody from home again and see what they were up to!