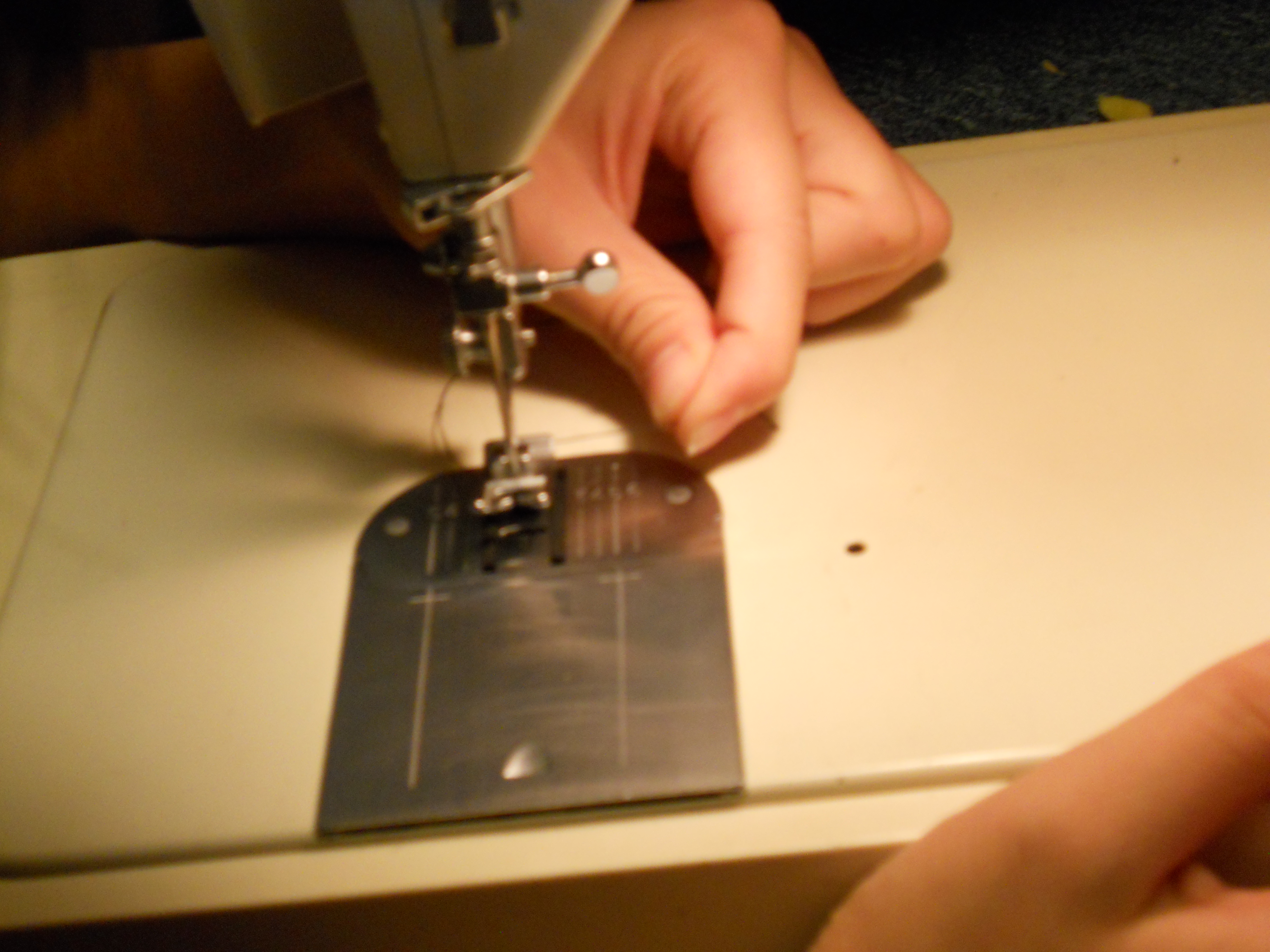 I like a good graphic tee, and when I have a good one, I wear it, and then I wear it out. Usually, though, I do structural or staining damage to the shirt that makes it unwearable but does not affect the graphic itself, which is frustrating. I have this great graphic, but I can’t wear it… what’s a girl to do?

If you’re me, and you can’t bear to throw anything away, you cut up your shirts and turn them into pillows. I like sewing things by hand, but at Tech, I just don’t have time to sew anything by hand that is larger than a button. So I held off on this project until I had access to a sewing machine. Just recently, one of my friends bought one and generously offered to let me use it. She even taught me how to navigate its quirks, since it is a bit old and temperamental, as I discovered.

My first attempt was a graphic tee I picked up at a Tech swap meet, actually. The North House RA’s organized a swap meet for the North House girls. It was the first time we have ever had something like that, and it was during the week, so turn-out was a little low, but I picked up a purple t-shirt someone had been planning to donate that had a ship-related graphic on it. It was too small for me to wear, but I was thrilled anyway, because I already had another purple shirt with a ship on it that I had deemed unwearable. So now I had the perfect materials to make a pair of nautical purple throw pillows that would look great with my purple bed sheets.

After receiving instructions about how to thread the needle on the sewing machine (just in case the thread should snap, as it does every so often), I was well on my way to sewing pillows. Just to be sure, I practiced by helping a friend with a large sewing project she was doing. After she finished with the machine, I felt confident that I would not ruin my precious shirts-soon-to-be-pillows.

I attacked them with pins, hoping to make as much use as possible of the existing seams. Then I tried sewing the first shirt, which is when I started to encounter roadblocks. The machine was skipping stitches, which ruched the fabric in a (mostly) undesirable way. Certainly when I tried to smooth it out, many of them broke, and I was left with unsewn shirts. I talked to the owner, and this seems to be a quirk of the machine. After ripping stitches, fiddling with the machine, and resewing numerous times, I have one side of one shirt mostly sewn in an acceptable manner. Finishing just waits on me having enough time to cope with the machine.

So as it turns out, it probably would have been faster to just sew them by hand after all.