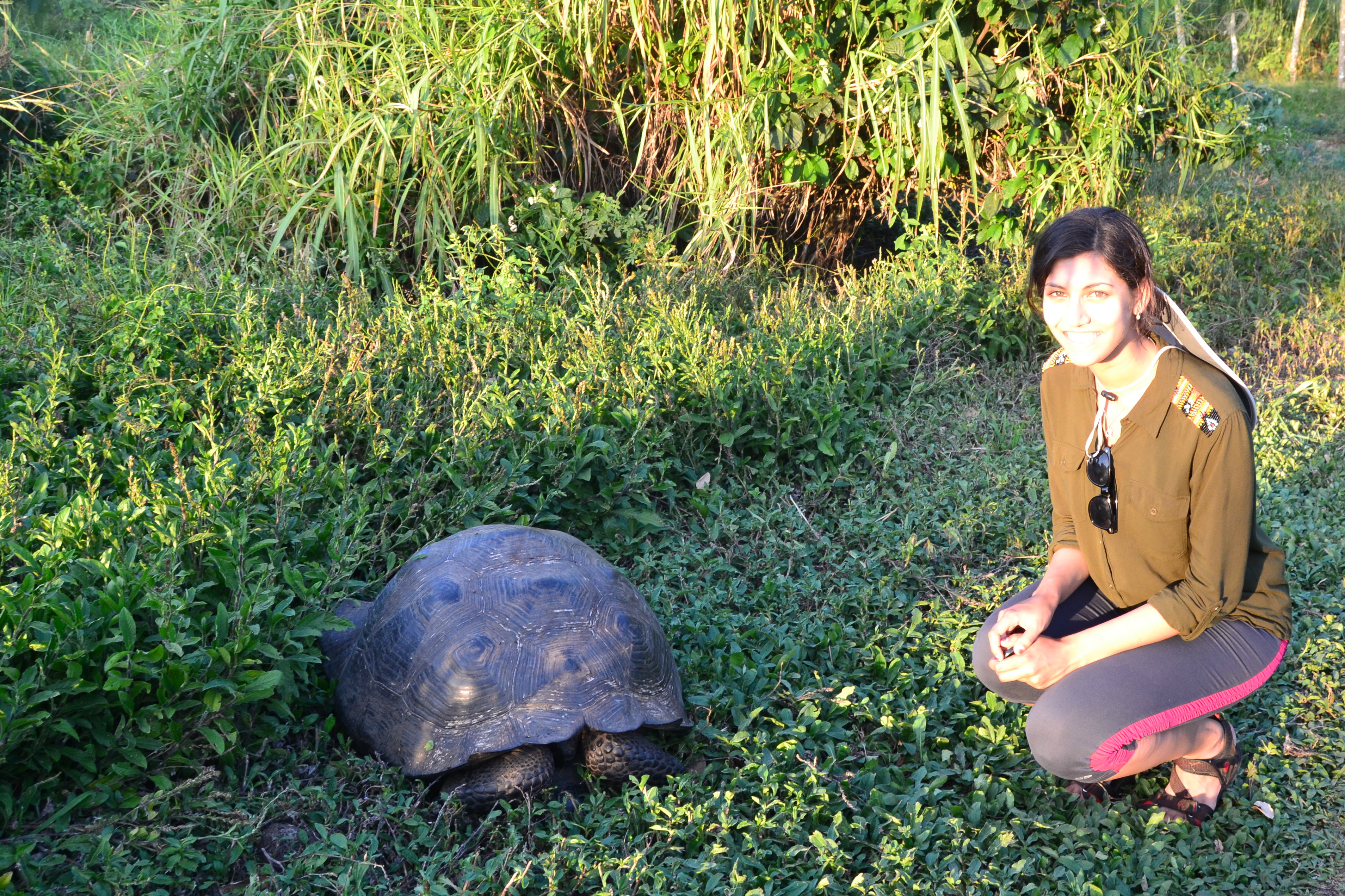 Skyping with Elizabeth Kolbert, author of The Sixth Extinction

During our Evolution class field trip to the Galapagos, we didn’t have much downtime. Most of the day was spent outdoors: hiking, observing, learning, and snorkeling. But when he did have some free time (when, say, lounging on the top deck while whale watching), we had an unofficial book club to keep up with. As a class, we’d decided to read* The Sixth Extinction*, by New Yorker journalist Elizabeth Kolbert.

The book paints a pretty bleak picture regarding our impact on the planet and the impending sixth Extinction (the last mass extinction killed off the dinosaurs). During the trip and on the plane ride back, we discussed the book’s concepts and approach with our fellow students and professors. At the time, the general consensus was this: we agree that recent (recent in the geological sense) events such as climate change and ocean acidification are occurring at an alarming rate. But what concrete actions can we, as a species, take to curtail them? Kolbert’s narrative was incredibly engrossing but the book ends on a depressing note: she doesn’t propose an intensive plan for what we should do next.

Regardless, we returned to Caltech, with a newfound sense of responsibility and conservation in mind, and plunged back into our busy schedules. But a couple weeks into third term, our TA Jeff sent us an email saying he’d been able to set up a Skype call with Lauren Kolbert! (Jeff writes for WIRED when he’s not busy being a baller in lab, so he has all sorts of connections).

Unfortunately, I was unable to make the interview time, but Jeff and Laura (another student in the class, and an admission blogger as well!) sent me the transcript, from which I gleaned some pretty insightful info.

I hope to casually begin doing the same. I really enjoy writing blog posts (and hope you enjoy reading them!) and I’d love to venture into more scientific writing for the public when I graduate. I’m planning to write a guest article for Jeff’s WIRED column about these big guys..

That’s all for now,