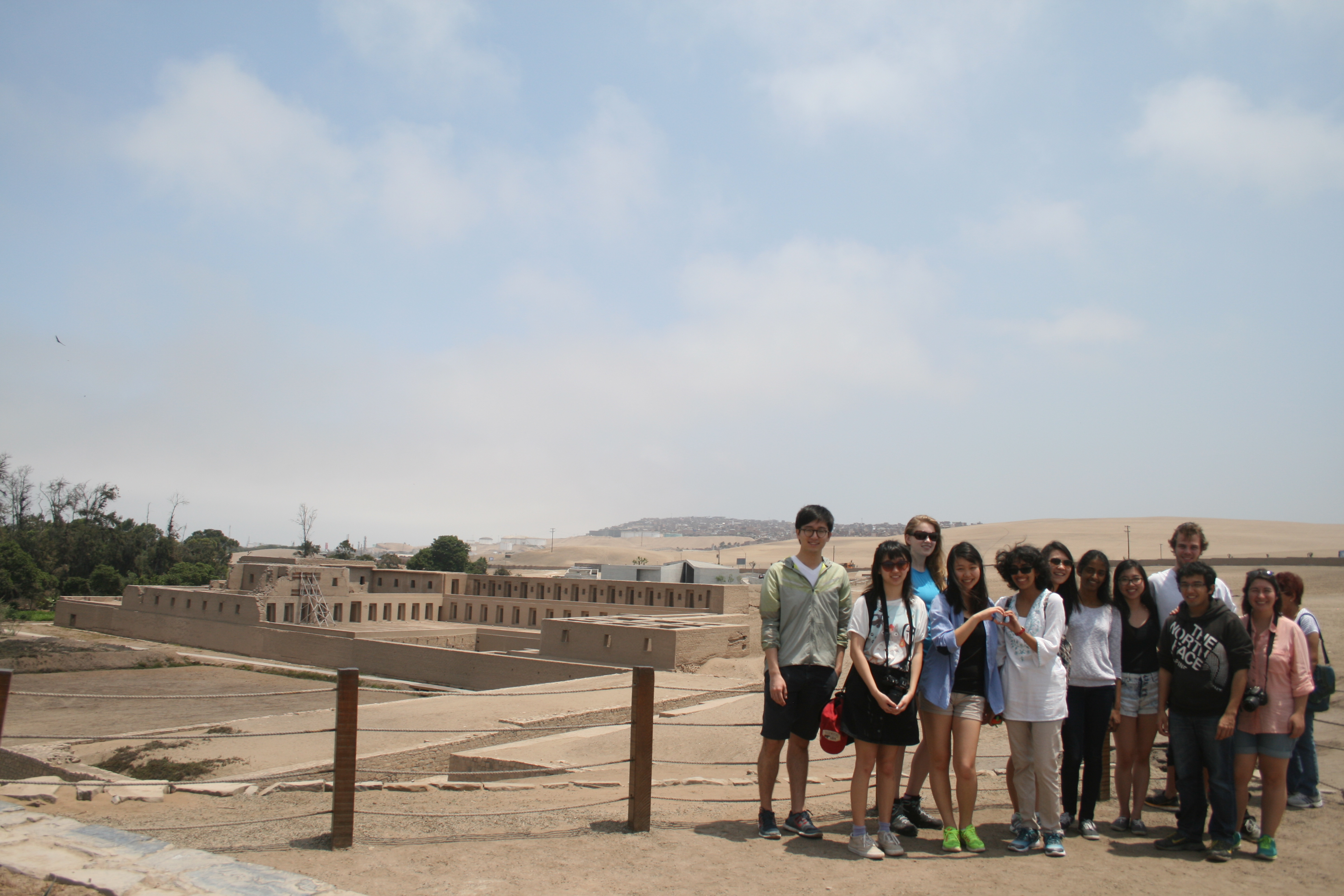 Hi everyone! It´s been a while since I´ve blogged. This year has been a year of traveling for me, largely due to Caltech´s amazing resources. I just finished up winter term, and I´m currently writing thisfrom Peru! The story begins last year with the Caltech Y. I had been wanting to go to on a medical missions trip for a while, and the Caltech Y was the perfect organization to which to bring this idea. The Caltech Y is a non-profit organization that lives on the edge of campus. It has been around for 100 years–we´re celebrating its 100th birthday this year, which has been super exciting. The Caltech Y provides waysfor Caltech students and the community to grow by offering opportunities to volunteer, explore LA, learn about science policy, lead campus events, and more. I first learned of the Y my freshman year, when I signed up as a volunteer tutor for high schoolers through the Y tutoring program, called RISE tutoring. Since then, I´ve gotten to work with them a lot more. We host Make-A-Difference Day, which is my favorite because I getto know other Techers better as we volunteer together.

Anyway, so the story starts with the Caltech Y. Last year, we looked through lots of different international volunteer organizations, trying to find one that fit our budget and provided a good balance of cultural immersion and community service. All that year, I worked with a couple of other students and advisers from the Caltech Y to plan a trip to South America for medical missions. After looking through different optionsand talking to the newly started Medlife chapter on campus, we decided to go to Peru with Medlife. That´s my favorite thing about the Caltech Y - I get a lot of say as a student. (: So here I am in Peru! I´ll be sending in my stories this week whenever I can. I´m currently sitting at the computer in the hostel where I´m staying with the Caltech team. We consist of 11 amazing people total, from different ages and majors and hometowns. We´re not all doctor-wannabes, but there are a few of us that are. There are some students from other schools, too, and it´s been cool getting to meet them.

Winter finals ended on Wednesday, March 16. We left LA on Friday, March 18, and flew first to Mexico City before arriving here in Lima, Peru. We spent Saturday morning exploring the Pachacamac ruins close to Lima. The Pachacamac ruins are super old. They´ve been around for at least four civilizations: the Lima, Wari, Ichma, and Inca. I wasn´t aware before this trip that we knew so much about the civilizations before the Inca. The following are some pictures from Pachacamac:

I also saw a small human skull near what used to be the cemetery. The tour guide said that skull was not of archaeological significance, so it was just left there… I don´t think I´ll post a picture of that, though, but you can imagine how strange it was to actually see that in the ruins! We spent today exploring Miraflores, the district that we´re living in. Lima consists of 43 districts. Miraflores is a lovely one, filled with colorful and peaceful parks right on the edge of the sea. The coast is a meeting point for two different currents–a cold one from Antarctica, and a warm one from El Niño. This year, the warm one actually made it down the coast to southern Peru, which is where Lima is, so the fish population in the Lima coast is smaller and different from the norm. That said, here are some pictures of the coast. See if you can spot the divide between the two currents! (At least, that´s what I suspect it to be.)

There´s a gorgeous park along the coast called the Parque del Amor. The first thing that catches your eye is the large red sculpture of a couple in love. There is also acolorful tiled wall that winds around the sculpture that reminds me of Gaudi´s Park Guell in Barcelona.

For lunch, I had ceviche–I tried some the night before and it was absolutely amazing. See, about 200 years ago, some Japanese immigrants moved to South America for work, and they brought their yum sashimi with them. The ingredients for sauces were different here, though, so instead in Peru they used a certain species of lime to marinate their sashimi. The juice of that lime is so acidic that it sort of cooks the outer layers of the fish. And it´s delicious. I tried it again for lunch, but this time octopus and shellfish, too. The fish-shaped dish was an added touch (: