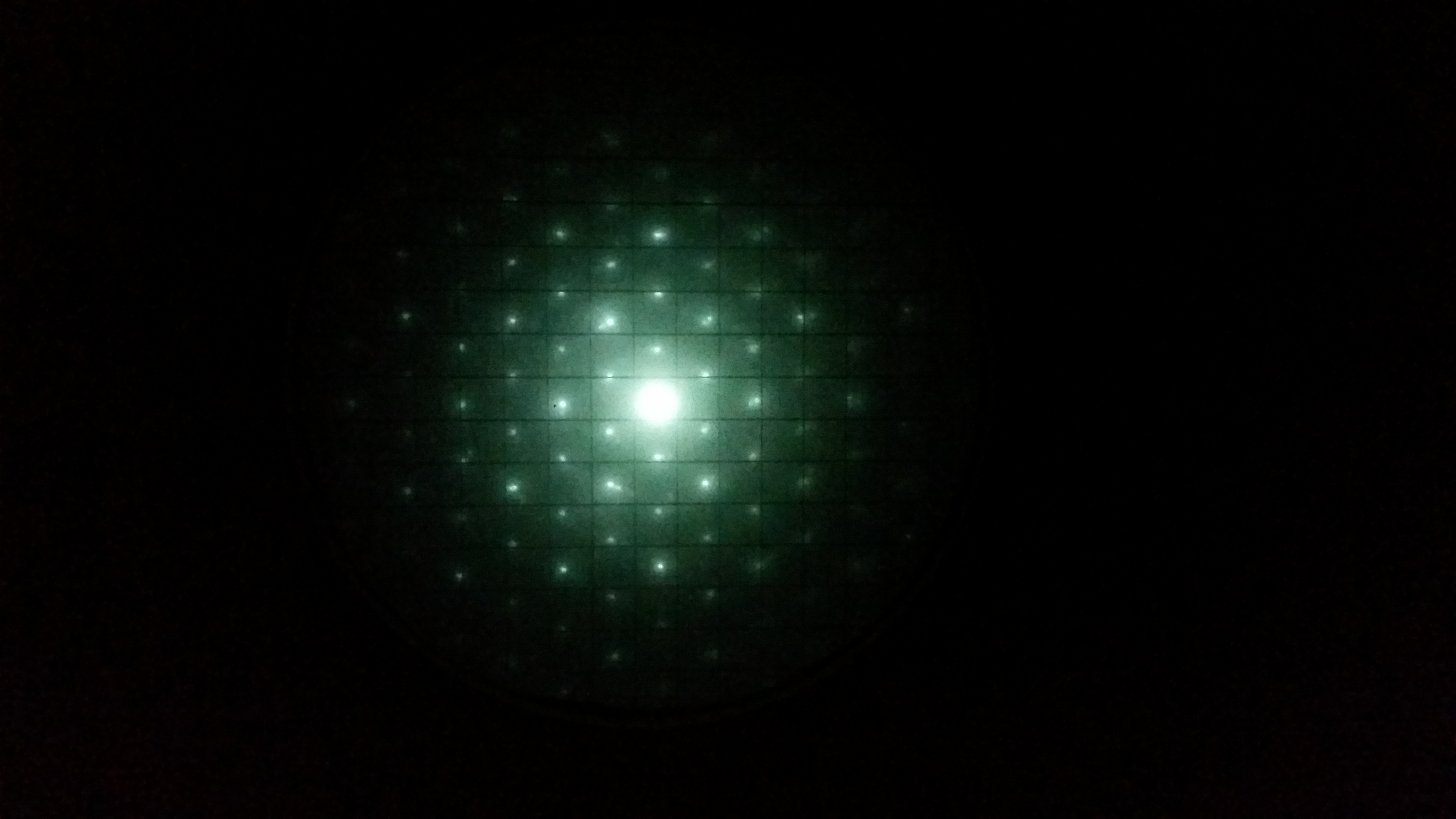 Stargazing in the Physics Lab

I promised that I would post again if I got a cool physics lab, and it turns out I really liked this most recent one, and not only because it wasn’t much work (in case I haven’t mentioned it before, this class lets you choose the labs you do, so it is important to choose wisely, and this is one wise choice!) but also because it showcased some spectacular effects. Below is my poor phone’s attempt at taking a picture in a dark room of the observation

It may not seem immediately spectacular, such an observation, but it reveals much. First, since this is electron diffraction, it is direct evidence that electrons behave like waves and that quantum mechanics can manifest in a classical experiment. Second, it is just awesome to tweak the settings until an optimal diffraction pattern is reached: since the sample of graphite is not a perfect graphite crystal, the diffraction through most of the sample doesn’t look nearly so clean. Instead, by carefully playing with the focus of the lens on the electron gun and the aim of it, it is possible to find a point of the crystal at which it best approximates the perfect crystal, which can be calculated to produce exactly the hexagonal pattern observed here. In fact, I did this in a class in while abroad in France, and it was truly very cool to see it come back again so soon in the form of an experiment.The theory behind the experiment is quite simple once one accepts that electrons are waves; one simply computes what conditions are such that reflections from two adjacent atoms in a crystal are such that they constructively/destructively interfere, much like the light diffraction results (two-slit, one-slit, diffraction grating) that even students in high school AP Physics have seen before. However, the results here are infinitely more amazing because, as mentioned earlier,electrons are being shot out, and this wave-like behavior is observed.I just particularly liked this lab because it felt like stargazing: stuck in a single dark room, alone but with the gentle hum and buzz of the machines whirring in the shadows, one turns nobs ever so delicately. And the little dots of light respond magically, as if from another world, trying to communicate the deep beauty that permeates the universe. Then one slaps a ruler on the screen, makes a measurement and dissipates the poetry, but, for an instant, the wonder was tangible in the air.

Physics is beautiful in this way, in a way that no other discipline shares. While much of the formalism that turns people away from math is too in physics, physics is a science and not a formalism. We do not study equations, we study the world around us. And while most of this is done in the form of equations, it is amazing how after some time the equations begin to read like their own language, and through a myriad of mathematically questionable manipulations physicists discover better models to the world around us. This combination of a very top-down way of thinking and yet a very empirical way of doing makes physics truly a very versatile discipline, and really a discipline where one goes from being wow-ed in the classroom at some acrobatic algebraic manipulations to being wow-ed in lab at the exact same phenomenon, happening before one’s eyes.