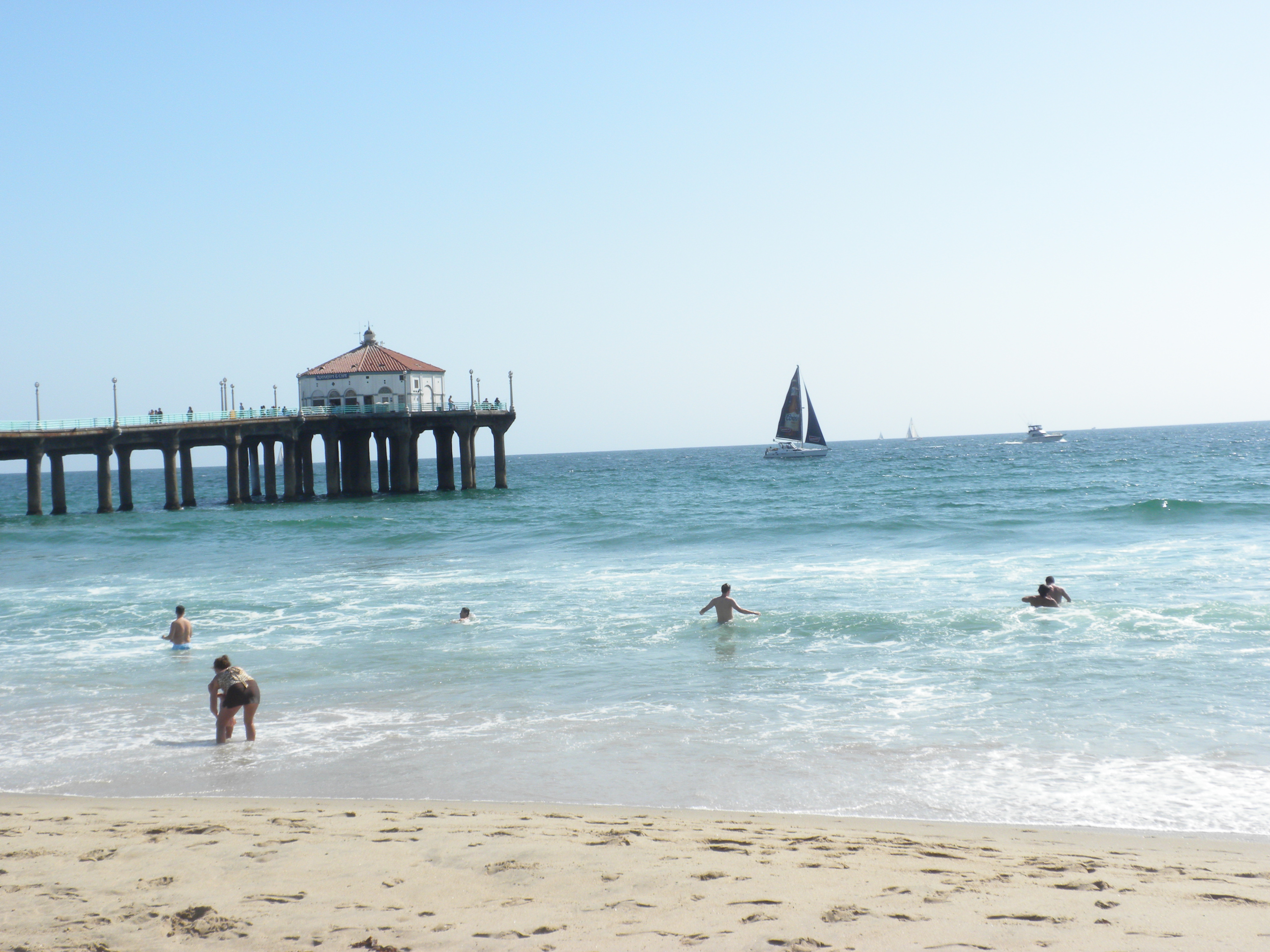 So, summer has officially kicked in! I haven’t written a post in a while but I was settling in, taking a break, and, well, there are fantastic new bloggers who are writing about their exciting summers too! Anyways, although I haven’t written anything about summer yet, it doesn’t mean that nothing interesting has happened (as you can reassure yourselves from the other great blogs). My summer started off on June 11 which was the last day of Finals Week. It was also Graduation for the Seniors and for me it was my Birthday. I must say that this was quite a wonderful end to a year at Caltech and quite a beginning for summer. It was bittersweet: sweet because Finals were over (and it was my Birthday) and sour because the Seniors were leaving. Since Caltech is so small, people here can get very close and even though I only knew the Seniors for a year, I was still very sad to see them leave. Fortunately, a couple of the Seniors got jobs nearby so they’ve been showing up on campus occasionally! The next big thing was moving. Almost everyone who was staying on campus for the summer had to move to their summer rooms. Luckily, during Summer and Fall room picks, I got the same room so I’m definitely staying in my current room until next summer.

The next week after school ended, SURF started. I’m really enjoying my SURF. I wrote earlier about my lab and how I found it and applied for the SURF. Now I’m actually working in it, jumping in and out of a cleanroom. Right now I’m a bit anxious because my next big step is the most physically challenging one: I will solder tiny gold wires onto pads that I can barely make out on the silicon chip with my own eyes, so I’ll be soldering under a microscope! During Second Term, I got my first exposure to soldering but what I remember most about it is how awkward it was and how I kept burning myself (granted, I was holding the iron very incorrectly!). Well, wish me luck with this step! In a later post, I’ll write more about my experiment so you’ll understand why I have to do this very involved soldering job.

During the summer our campus is not dead at all. Besides Techers, we also have summer students from other schools who live on campus and do research here. During the first week of SURF, I organized a Summer Welcome Party with a few of my friends just so that Techers and Summer Students can meet each other. It was quite a blast! During the party, I promised some people to do a Karaoke Night in the Page House Lounge (my House), so we’re having a Karaoke Night this Friday! Various campus organizations have been organizing events too. For instance, we’ve had barbecues for dinner a few times, we have movie nights every week, we had a pool party, there is capture-the-flag, and tomorrow there is a DDR event with a boba tea incentive (I’m falling for the boba). Summer is quite different from the school year for various reasons. First, we don’t have classes but instead we have real research where things aren’t always predictable. Also, we have more time on our hands so we can get off campus more often and we can put more time into hobbies. For example, since we don’t have the stress of classes, we can freely read up on material and indulge in it without worrying about time. While giving campus tours I’ve noticed that I’m always asked whether or not a car is useful at Caltech. During the school year there is really no need for a car since almost everything we need is within a short walking distance and when we do need a car, friendly car owners (students) are more than happy to offer a ride. In the summer, I wouldn’t say a car is necessary either, but it is much more appreciable. Once again, there is more time to explore and since the weather is nice and we are in SoCal (Southern California), one might just want to go to the beach, or drive to San Diego, etc.

Anyways, I’ll get back to some of the things that have happened so far. For the 4th of July Caltech had a four-day weekend so on one of those days some of my friends and I went to the beach. The beach was Manhattan Beach which is south of Santa Monica. It was a bit of a drive but it was very worth it. The city of Manhattan Beach is a cute beach city with nice shops an eateries. The tidy streets slope down to the sand that is cut off by a row of beach houses and a boardwalk. The beach itself is very nice. It’s clean and the water is beautiful! According to rumors, this is the beach where beach volleyball originated. Well, we had a great time there and now I’m looking forward to our Page House beach trip which should happen next weekend if all goes well.

For the 4th of July, Tom Mannion who hosts the famous Cooking Basics class, had a barbecue in his yard for two of the Houses - Avery and Page. He also gave out tickets to fireworks. This seemed weird to me. Coming from San Francisco where there are large bodies of water everywhere, I never thought that fireworks could be ticketed (since in San Francisco the fireworks are visible from almost anywhere) and I never thought that fireworks could happen in inland areas because of safety reasons. However, I went to these fireworks and was amazed. First, this was a whole celebration with concerts and music all in a nearby park called Lacey Park. I’ve known Lacey Park as the place where we had some of our hardest Cross-Country workouts but now I have a more positive view of the Park. In fact, it is a very nice place for local residents and for Techers to relax in! Well, the fireworks were amazing. I think they were quite comparable with the ones I’ve seen in San Francisco! (This may be true because San Francisco often had dense fog that covers the fireworks.) Last weekend I ended up at the Huntington Gardens for a tea party. The Caltech Y had a lottery for the tickets and gave them to us at a very discounted price. It was very nice to eat fancy treats, dress up, and explore the gardens and art galleries afterwards with other Techers.

Well, after this work week is over, we’ll kick off the weekend with a Karaoke Night in our lounge. Then on Saturday, a friend Sue and I are going to downtown LA to see the American Ballet Theater’s tour of Sleeping Beauty. We’re both very excited to go and I’ll definitely write about the trip in my next blog! Happy Summer! Cheers, Nina.