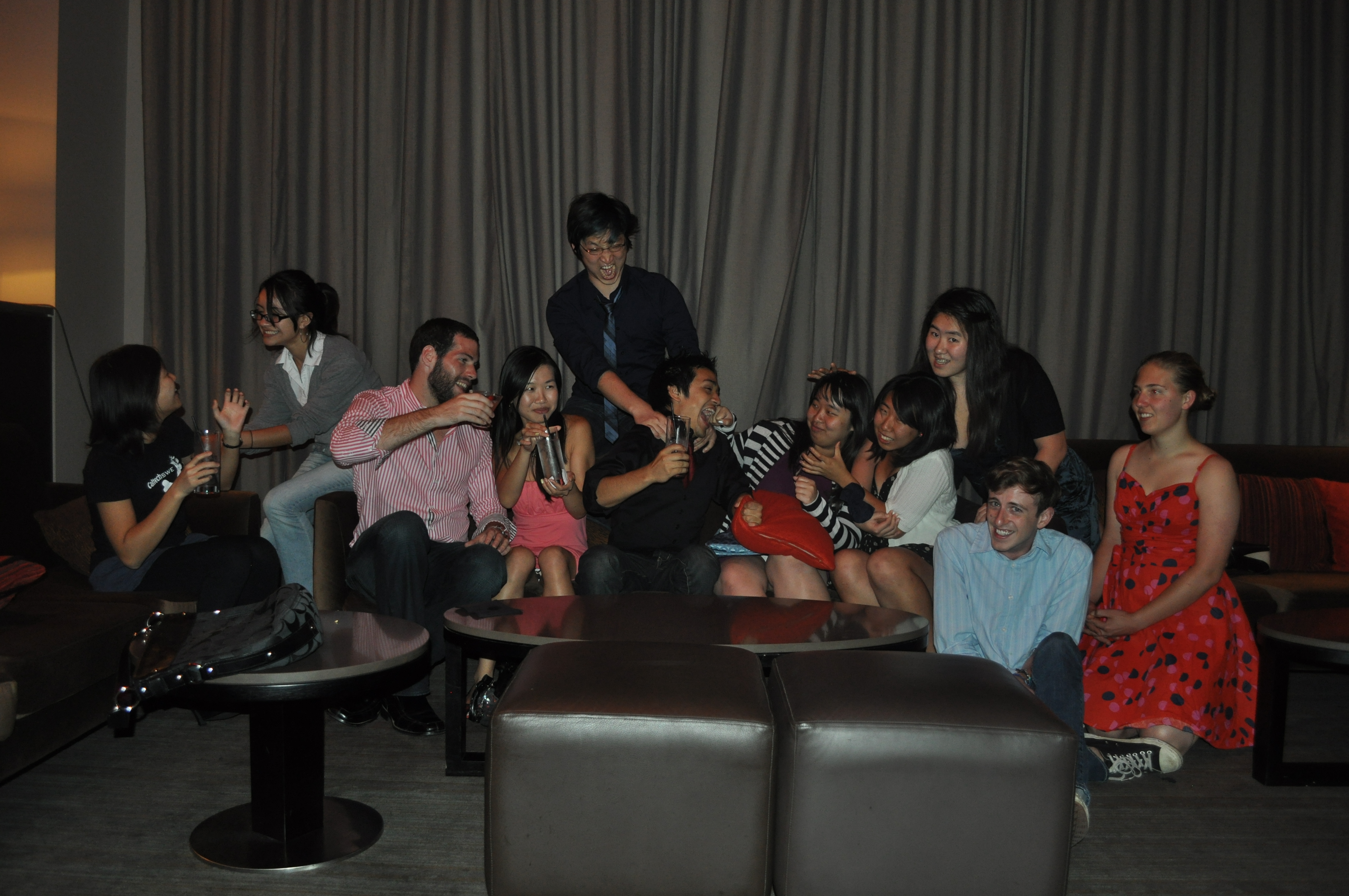 The Golden Ticket (or rather

I never did a lot of stuff before coming to Caltech - research, eating mangos, and seeing a rattlesnake [don’t worry, it was a three hour drive from campus] - and that now includes going to a fancy schmancy movie theater (to be honest, I didn’t even know there was one in Pasadena!). I already blogged about my summer jobs, but as a quick refresher, in addition to SURFing this summer [I’ll be posting about that again soon!], I’m working eight hours a week as a House Assistant.Housing super-kindly agreed to fund an HA (House Assistants) “team-bonding” event! We decided to go to the Gold Class Theater. Only one of us had been there before (there’s this other really good $2 movie theater with, apparently, $1 hotdogs that are really good even closer to campus) and we were quite impressed as we rushed in, slighly late [luckily these things have a ton of advertisements at the beginning].

I won’t give away anything about Captain America for those fans out there who have yet to watch it, but it was 3D and the chairs were SUPER-COMFY!! There’s some pictures of the theaterhere. We had the super-fancy tickets, so we also got popcorn and food. I was kind of unhappy about the food. So, I am a pretty strick veg. AKA, unless someone sneaks meat into my meal, I’m not touching it or eating anything that was cooked in the same dish as meat ect. Sneaking is exactly what happened - at a place where the food is paid for!! [I have two younger brothers at home:) I wouldn’t be suprised to find out that they tried to sneak meat into my food at some point…] I ordered a cheese pizza, and they brought me a chicken pizza. The disadvantage of being in the dark is that I asked the waitress if it really was cheese, because there were wierd shadows on it that cheese pizzas shouldn’t have. Yes, of course it was cheese. So I took a bite. It was not cheese. It was artichoke, chicken, and spinache. But they brought me a cheese pizza, and that was good though greasy :) [Disadvantage of fancy order-while-you-watch theaters: you have to be kind of quiet when ordering your food!]

After the movie, we hung out in the loungy area for a while.

We all enjoyed this “work” and even though I’m just fine with the cheap, afternoon showings of movies when I really, really need to go see the next Harrry Potter (I blogged about that, too:)), it was really interesting to see the theater. And sit in the comfy chairs!