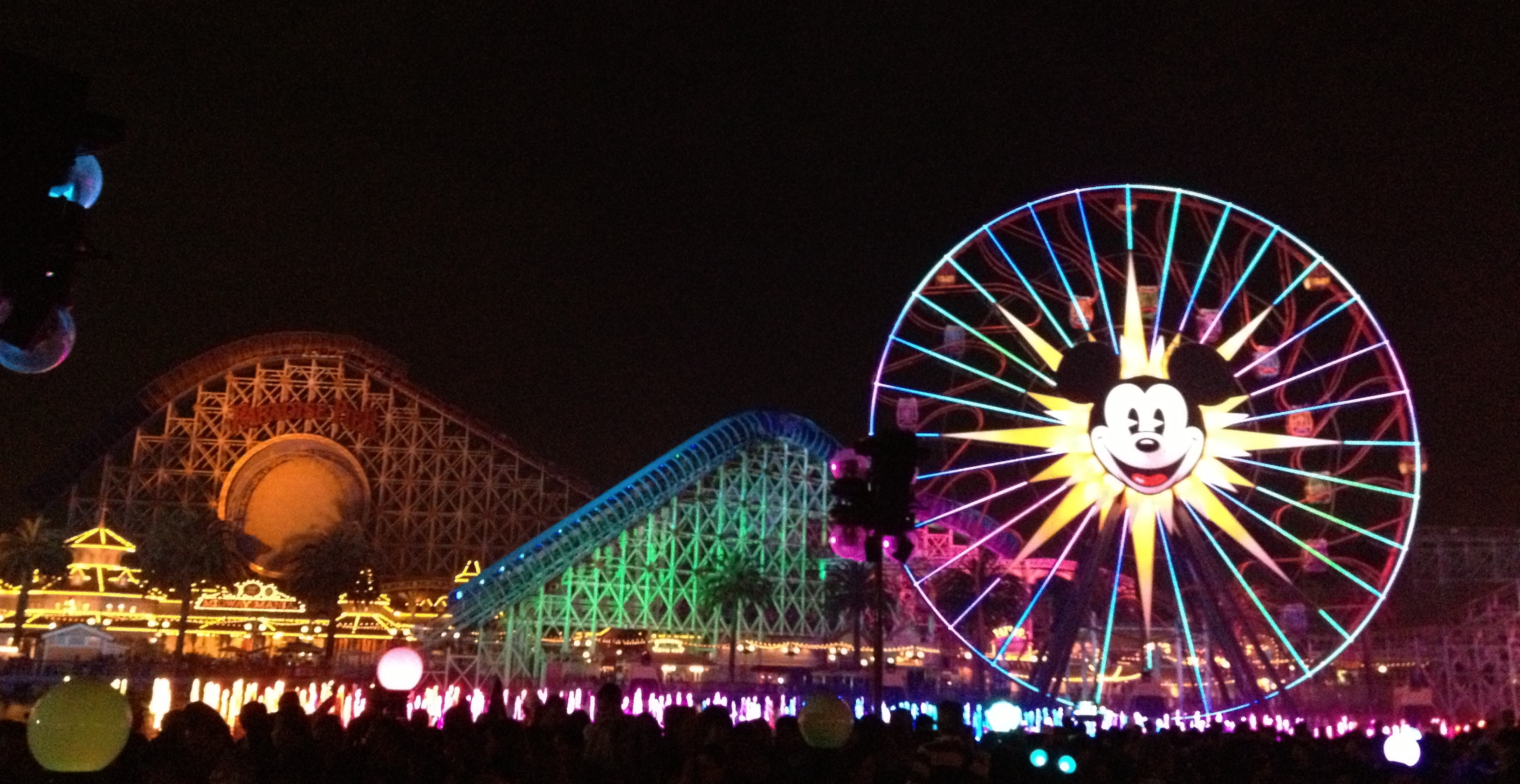 The Happiest Place on Earth! Part 2

Disney during the day was awesome, but Disney at night is even better! We went to a couple different evening and night shows, and they all completely blew my mind. Just the shows alone would have been well worth the price of the park entrance ticket.

The first show we went to see was the Aladin musical special. It was a live performance of an abridged version of the original Disney Aladin story.

The person that they chose for Jasmin had a very beautiful voice. Surprisingly, she was actually oriental Asian, which I guess means that Disney does hire based on talent. :DMy favorite actor from the show was definitely the blue Genie. He was so sassy! I felt that he kept the show really fresh because he made a lot of jokes based on current pop culture/events.

For example, when explaining the wishing rules to Aladdin, Genie said, “Rule 2, I can’t make somebody fall in love with you. Trust me, I tried with Taylor Swift, and we are never, ever, ever, ever getting back together.” (This is a reference to one of Talyor Swift’s many break up songs)

At one point Genie gestures to his bare chest, “I was wearing a shirt earlier, but I had to take it off because Abercrombie and Fitch don’t want people like me wearing their stuff!”

Last one - Towards the end of the show, Genie pointed at Jafar and said, “Lady Gaga called and says she wants her outfit back!”

Apparently his jokes get changed/updated too, so no show is quite the same as the next! So, the Aladin musical uses the standard fireworks and lighting effects. But the coolest sort of stage/special effects that they use is where Aladdin and Jasmin were on a moving platform that flew over the crowd!

I’ve circled them in orange in case you have trouble seeing them. Because it was dark, you couldn’t see the strings/bars that the carpet hung from, so it seemed almost real.I feel that the musical production was better than I could have ever imagined. They successfully combined childhood nostagia, a sense of wonder and magic, and pop culture humor.

However, the most astonshing and breath-taking night show was, without a doubt, the World of Color.

World of Color is Disneyland’s largest nighttime show that takes place at the harbor. Along with music, they project images of Disney characters and scenes onto spraying mists of water. It was like watching the biggest animated watercolor painting!

Just to give you a sense of scale for how many fountains they were using:

At one point, there was even fire!

We didn’t get front row seats, but we could still feel the heat from way back where we were watching.

Even if you aren’t the biggest Disney fan, this show worth putting on your bucket list!