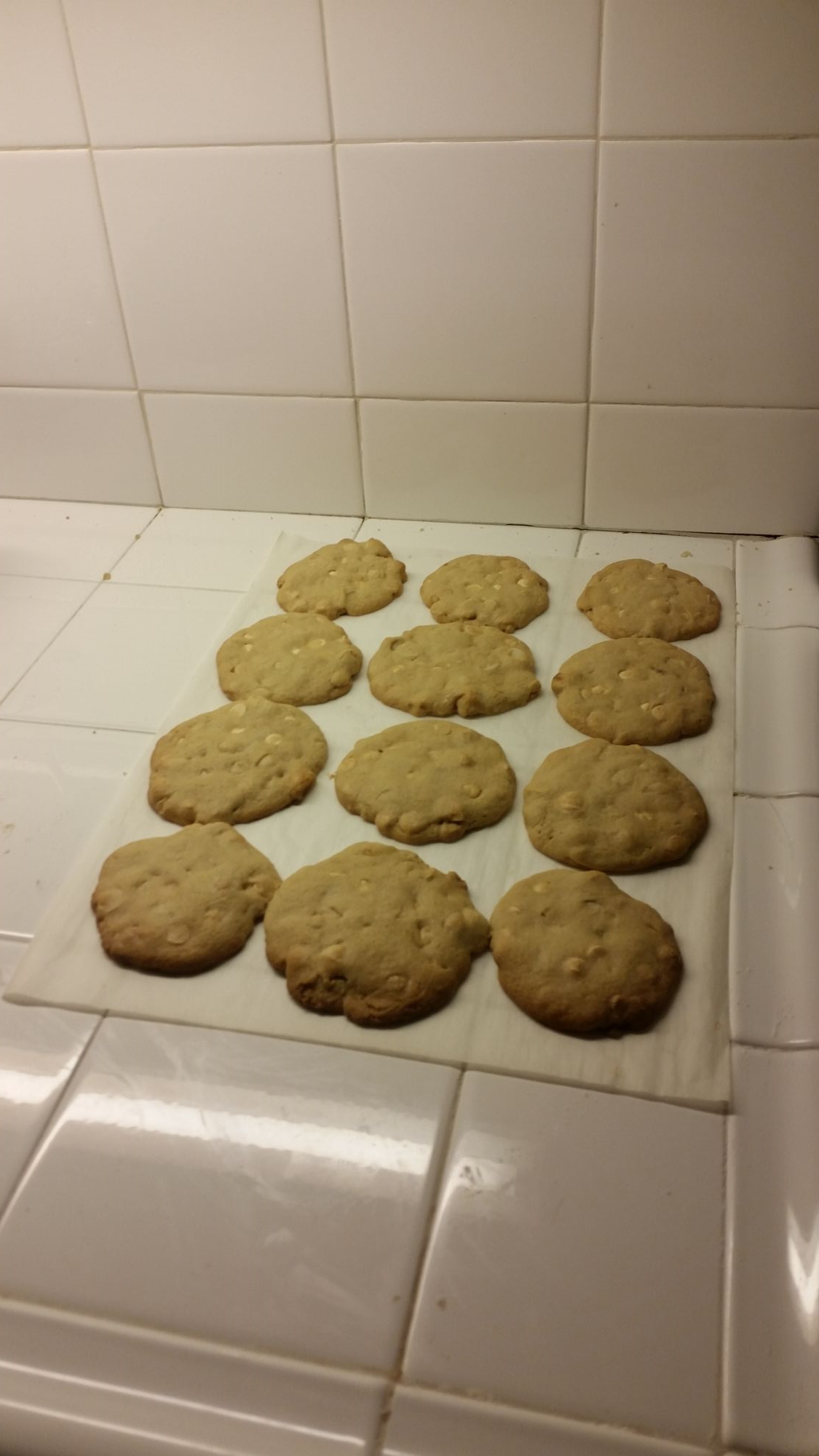 The most important two points of my time at Caltech. And some cookies.

While I’m positively bursting to tell the story of my most two important points, I will go in chronological order and first talk about the delicious, delicious cookies I baked with a friend.

A good friend of mine, also a pianist, has often baked cookies and just left them outside his door, and every time they’re snatchedabsurdly quickly. He’s built up quite the reputation for himself as the cookie master. Being one of his avid customers, I thus jumped on the opportunity when he mentioned he would be making cookies to join in on the process.

It was one of the first days of SURF, but I couldn’t wait to get home and catch a behind-the-scenes glimpse at the production of these legendary cookies. We planned to make white chocolate macadamia nut cookies, and at about 8PM we began. The steps themselves I hardly remember, since it was mostly him narrating the preparation process process while I filled the enviably delicious role of licking off the utensils and bowls. It was both hilarious and astounding to listen to his various words of caution, such as “don’t actually try drinking the vanilla extract; I’ve tried” or “you put half of this in at a time to avoid getting powder everywhere; trust me, I’ve been there” or “you don’t want to make the cookies too big; guess how I know?” It was clear that he had in the past managed to screw up in unimaginably many ways to get to his current expertise, and even though I’ve not yet started baking I know to whom I will look for advice when I’m done.

White chocolate macadamia nut cookies being by far my favorite cookie, the remainder of the night was a regrettable experience from the sugar overload, but it was 100% worth it. I will be baking again in the foreseeable future; this friend actually went home for two weeks, and gave me his cookie jar withall three trays of cookies that we made, so I plan to bake him something back when he returns, instead of giving him his cookie jar empty! Hopefully he likes it…

Now, for the real story. At the beginning of this term, I calculated and recalculated my GPA and realized that if I was sitting on something just over a 3.7, and I realized that a 3.75 was still in reach. Since Caltech rounds to the tenths place on the transcript, this became my personal GPA goal. However, this meant I, in my hardest term at Caltech, had to obtain 3 A’s and 2 A-‘s. As the grades rolled in for the end of the term, I finally got 2As, an A- and an A+. The A+ is its own story, in Ph101, order of magnitude physics, the class for which every Tuesday I got three hours of sleep and the class for which I spent almost 20 hours/week. I was very proud of this grade, but there’s not much story here.

No, the story lies in the final class. I needed only a B+ to get my GPA goal at this point, but it was indeed CS38, “Introduction to Algorithms” and my weakest class. And a little worse than expected, I ended up with a B in the class, despite my grade being above the mean of the class. This left my cumulative GPA at a tantalizingly short 3.7491, rounding down to a 3.7. Bummed out for the entire day, I finally went to pick up my final exam, a large contributing factor to my grade. I read through it and found some points possibly contestable, so I emailed the TA in charge of grading the problem, though not really expecting to get anything in response. Instead, I got a speedy response that spoke to the effect of “Oh, I see. I misunderstood your solution. Here you go, two points back, good job!” These two points on the final exam were enough to bump me up to a B+ in the class, which in turn bumped my cumulative GPA up to a 3.7589, enough to round me up to a 3.8! I now refer to these two points as “the two points that netted me a 0.1 GPA boost.”