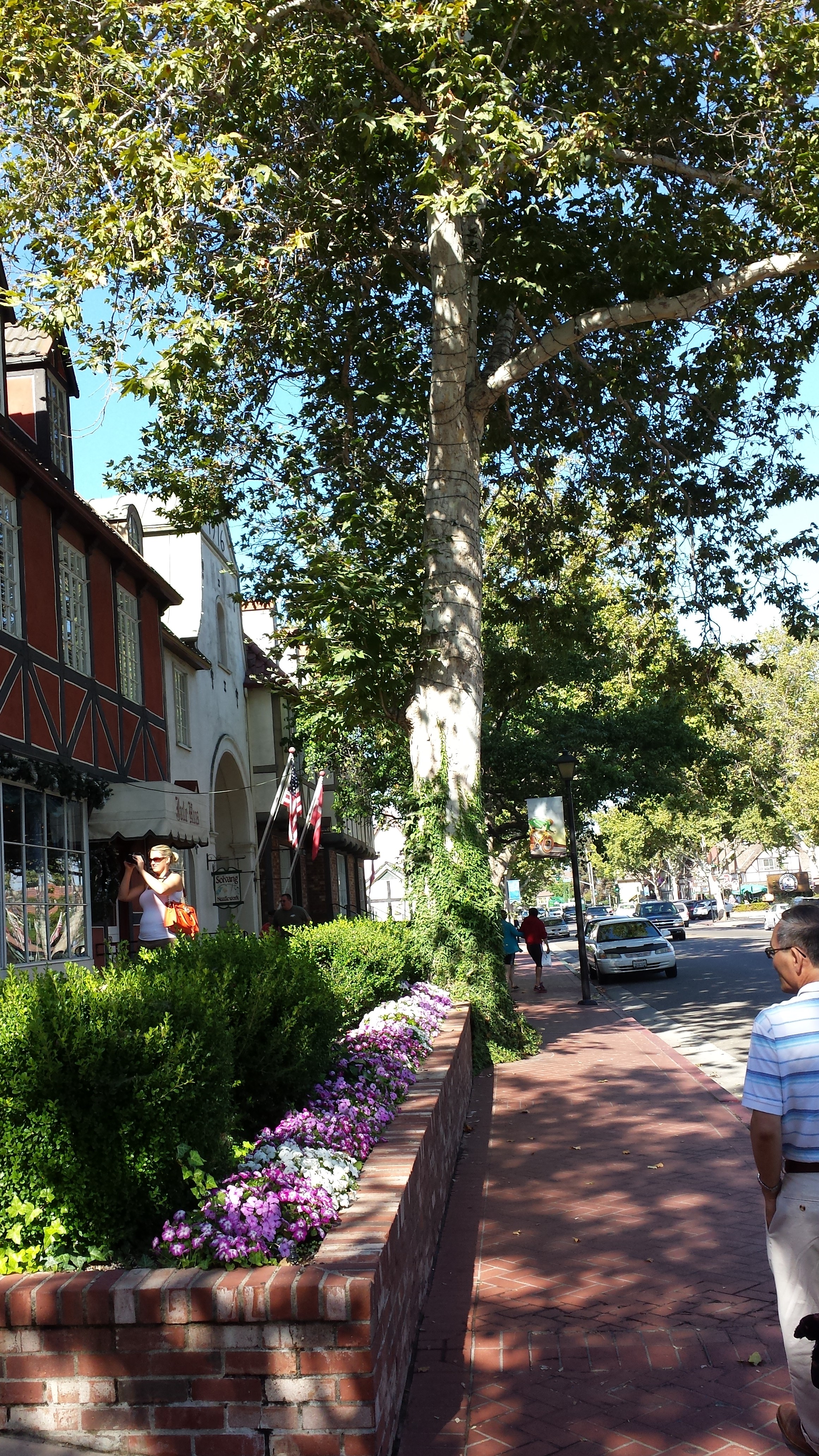 Hello, readers! The summer saga continues in this next installment of Beyond the Bubbling Mess with my timely holiday to Northern California following the convenient surrender of my poor younger brother to the clutches of his own college.

We’d stayed in Camarillo, CA the previous night, which for those who’d like geographical orientation is roughly an hour’s drive up from the Los Angeles area. Our first stop of the day was Solvang, CA, a Danish town in Santa Barbara County.

We had brunch at Paula’s Pancake House, which, for its small size and homey furnishings, must have been quite a lucrative establishment–even on a Monday morning it was bustling, and we had to wait a good half an hour before being led to our seats. I ordered steak and eggs, served with buttered toast and a cup of fruit, and the parents had variations of the same thing, exchanging pork chops and cinnamon apples for the steak. The portions were just the right size so as to allow you to finish everything in one sitting and feel full but not bloated. It was a delicious way to begin the day, made even better by the staff’s good cheer.

Right next to Paula’s Pancake House was Olesen’s Bakery, another must-visit according my mom’s tour book. A section of their counter looked like this:

My mother bought a pretezel-shaped Scandinavian pastry called a kringle. It was a glorious 10 dollars of lightly-sugared fluffiness studded with almonds, a good three inches in diameter and larger than a laptop! The bakery also had some very nice free samples of almond cookies, soft and slightly sticky like the top halves of French macarons, mm! And after much painful deliberation, I finally settled on buying something called a Danish Waffle–two flattish pieces of lightly cinnamoned, sugar-crusted, and buttery pastry crisps filled with a bit of buttercream and raspberry jam. I ate it for a midafternoon snack and boy was it heavenly! Our last stop for the central coast was an old family favorite, Foley Vineyards. We’d started coming to the winery when the 2007 San Diego Wildfires had driven us from our homes for a week to take refuge with some friends. Specifically, Foley was located in the town of Buellton, Santa Barbara County.

I can tell you I didn’t do much wine-tasting, but I feasted my aesthetic senses in other ways. While the parents sampled their Chardonnays and Pinot Noirs, I flipped through the pages of a wine magazine, drank the complementary ice-cold water, and mused on life while looking through the window at the sunshine streaming over the green, green leaves and luscious wine grapes.

Next installment: beautiful scenery as we drive further up the west coast. Till then!