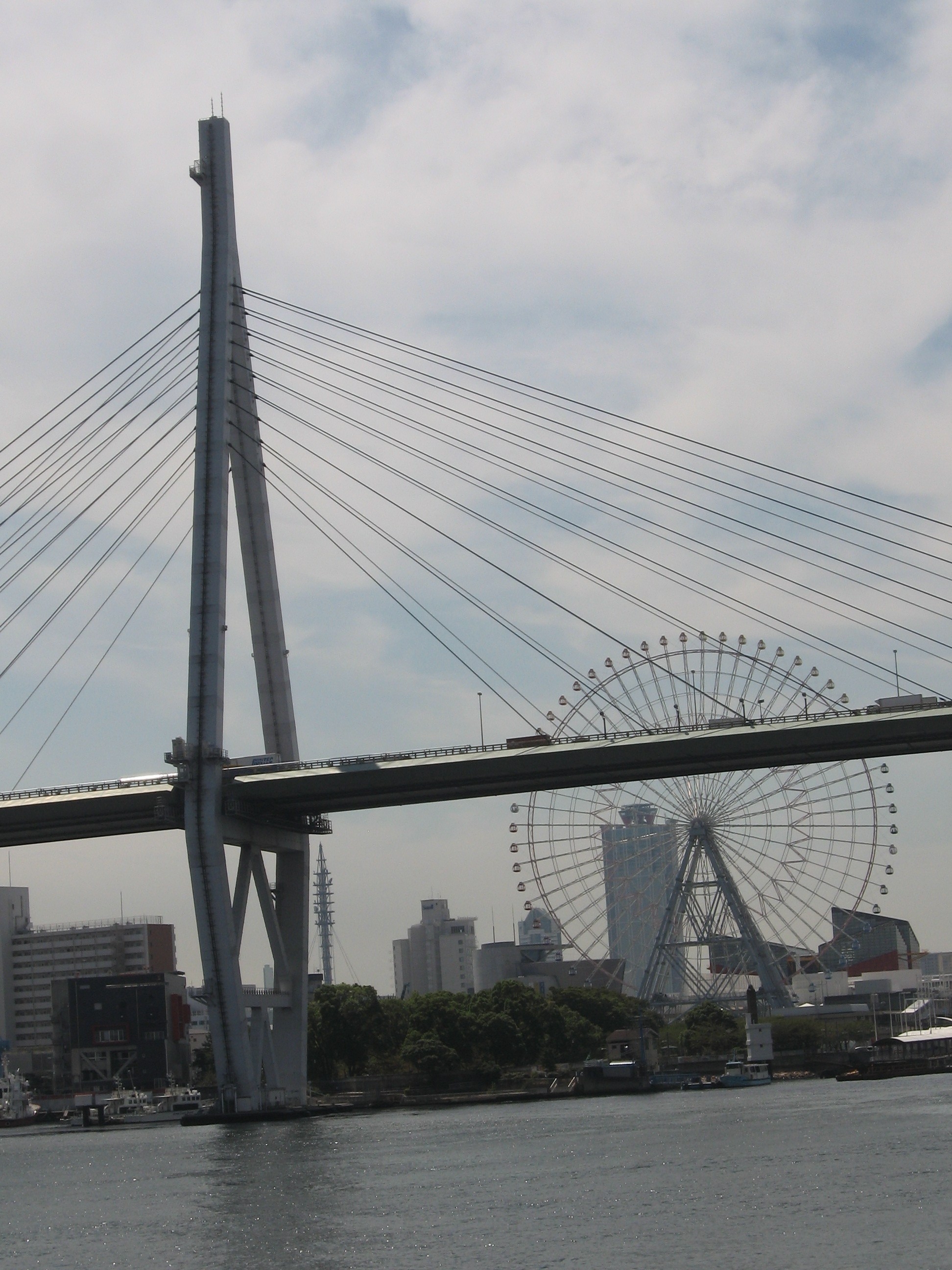 The Rain Really Makes My Day (Journey to Osaka)

Osaka Osaka is the “Anti-Tokyo”, as one would put it. That would make it the Anti-Anti-Okazaki, huh. Anyways, Osaka is the second largest city in Japan, and is famous for its laid back attitude despite the large-city feel. There’s also a ton of things to do there.

So I woke up at about 4 am (12 pm Pacific Time) to catch the first train out of Okazaki at 5 am. I definitely woke up before some kids on the west coast… Anyways, I got to Osaka at about 9 am, and met with one of my friends from Caltech, Jack, who is at Kyoto University doing research over the summer. Osaka is so much larger than Okazaki as well as the neighboring large city of Nagoya. It’s soooooo much larger, and there’s much more stuff to do. Anyways, I got a 1 Day Osaka Pass (¥2000), which gives free access to the subway, and free admission to 25 selected sights. So the places I went to include the Trade Center Building, Tempozan at the Port, A Port Cruise on a Pirate Ship, the famous Dotombori Shopping District, a ride down the Dotombori River, Shitennoji, Osaka Castle, and the Umeda Sky Building. I have to say that it was pretty good, though I would have liked to visit and see more places than I did. Overall, my impression of Osaka was that it was a city where although there are a lot of serious businessmen and workers, they definitely know how to have a good time. Kind of like a certain University huh… Here are a few pictures, please go to here for the rest of them: https://www.panoramio.com/user/2916748/tags/Japan&comments_page=1&photos_page=11

Kobe and Himeji Long Story Short, it was raining really really hard this day. Unfortunately, these places which had a great potential to be great were not as enjoyable as I would have liked. So Kobe is a port town to the west of Osaka in Hyogo Prefecture. Himeji is further west and has Japan’s largest castle: Himeji Castle. Himeji Castle was pretty good, partially because it provided temporary shelter from the rain. Kobe, on the other hand, had no such shelter, and so the port area, which I’m sure is a great view normally, was not as great as I had hoped. Also, unfortunately I didn’t have time to check out Koshien Stadium. That’s just too bad.

Kyoto Similarly, the huge rain in Kyoto prevented it from being a great experience. It stopped raining on Sunday, but unfortunately I had to leave that day, so I only had a couple hours in the city. The main attraction that I went to was the Fushimi Inari Shrine, a shrine in the mountains behind Kyoto which contains thousands of ancient torii (Japanese traditional gates). There were thousands of bright red torii on a very beautiful mountain, which made this sight exceptionally cool. Unfortunately, the rain was pretty hard and after getting to the top of the mountain, we couldn’t see anything, so some pictures of the torii will have to do. In addition, I also went to central Kyoto and the Imperial Garden. It’s Japan’s equivalent of China’s Forbidden City, and unfortunately while I was there it was also forbidden to enter. I’m going to have to come back to Kansai in a few years when I’m rich and it isn’t raining.

Next Time I’ll be going to a traditional ceramics master to try to make my mark in the field, as well as a tatami factory where I think I’ll be able to make a mini tatami to bring back. I’ve also resumed classes, which so far has been great. Anyways, look forward to these!