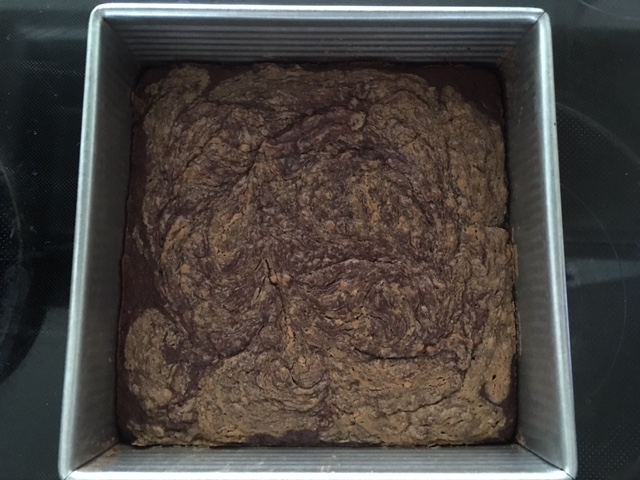 Originally this recipe was for peanut butter banana brownies, but because I am allergic to peanut butter, I decided to substitute something better: cookie butter. Because a large part of this recipe is the marbling, it was important that there was the color difference between the cocoa and the butter (cookie or peanut). You could also probably some other nut butter as well, like almond butter.

This recipe is really easy. The banana substitutes for the eggs in the recipe, which eliminates some of the mess. It also specifically calls for melted butter, which is easier to mix by hand than softened butter as well. I think my biggest mistake in making this was the consistency of the cookie butter. Because I found it to be a little stiffer than I imagine peanut butter would be, I put it in the microwave for 30 seconds. However that made it really runny, so the crisp marbling was not kept very well (as you can see in the photo). The result was still delicious though.