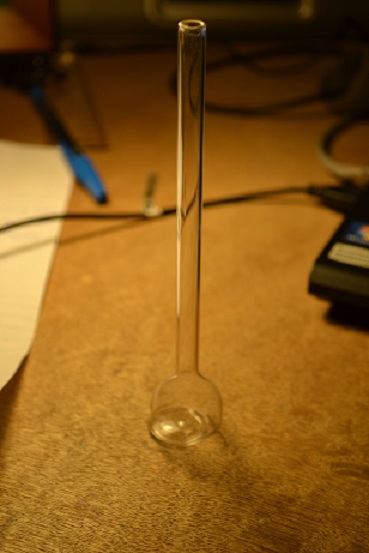 There seems to be a lack of academic subjects in my writing so for this blog I will indulge in complaining about the heavy work load I have at Caltech. In reality Caltech does not have to be extremely intense (you do still have to do quite a bit), but it is what you make of it. I’ll share my take on the load as I’m sure many of you may be wondering how things work at Caltech. To do this, I’ll begin by taking a look at my past week, but who knows where it’ll go from there.

Having had a stressful experience the week before last week, I wanted to alleviate some of my load by doing my Ph/EE (Physics/ Electrical Engineering) lab early and actually getting my math set done before 12 midnight on Sunday. I had planned even more ambitious feats, but suffice to say that it seems like things take longer on the weekends and though I did finish the lab, I went past my target time on the math set. It wasn’t as if I was sitting around the whole weekend though, I mean, there is a trade-off between work and fun… but let’s get back to the week.

At this point I had left for the week a physics set, a chem set, humanities reading (which I’m lucky to complete if I have time), and a chem lab write up. Did I mention that I’m also on the track and fencing teams? And I’m part of the ballroom dance team. That’s what I mean about Caltech being what you make of it. You are in no way pressured to be part of clubs or teams here at Caltech, but I have found that many people are. Personally, it helps me to focus on getting my work done since I feel like I don’t have the time to procrastinate. If someone isn’t part of a group, they usually pick up some sort of self-given project. There’s this one guy in Dabney that has taken up glass blowing and he let me make a tiny vase:

Anyways, I had a tough practice on Monday for track, so when I got back to my hovse, I was only able to get started on physics, do a little hum reading, and send some emails looking for a summer internship-surprisingly time consuming- before I passed out. I almost forgot! I had a chem quiz due the next day, so I was also studying for that. I knew it seemed like too little there…

Tuesday: Skipped chemistry so I could finish the quiz for the class. I wouldn’t have time later, so I had to get it done. I’m probably going to pay for not attending lecture, but I hope I can do some good reviewing before I take the midterm. I found out that day that a pre-frosh was coming to check out Caltech who was in Soccer and Track, so I volunteered to host him on Thursday since I thought I would have the time… That night finishing physics took several hours since there was one problem that we all had trouble with. That’s the thing about having the Honor Code and hence a very relaxed collaboration policy. The profs know we’re going to ask our friends for help, so the sets are accordingly difficult. Though it’s possible to finish them all yourself, it’s much faster and easier to collaborate (you still have to understand everything you turn in though, which I have). I do not think I’ve done a set completely by myself yet.

Wednesday went much the same as I hurried to do my pre-lab after track and before my night-time chem-lab. Spent two hours watching the nominations for hovse leadership positions then started my chem stuff, but it was all due Friday so I wasn’t feeling too pressured.

Thursday I found out that it takes two hours to do a chem lab report… not the amount of time I intended to spend on it. That evening the pre-frosh came and we hung out for a bit before I had to do my chemistry set. I took him to my fencing class and he was able to play some pick-up soccer with students out on the field. At this point I was starting to feel the pressure and later, when my guest went to sleep, I stayed up another two hours to finish the set.

Somehow everything fell into place on Friday and I was able to complete my chem lab weekly assignment along with making it to chemistry office hours to ask some questions.

So yeah, it’s difficult at Caltech, but it’s manageable. Admissions only accepts those they know can handle it, but if I ever was having trouble, there’s loads of services from free tutoring to emotional counseling I can take advantage of.

Hope that answers some of your questions about life at Caltech.