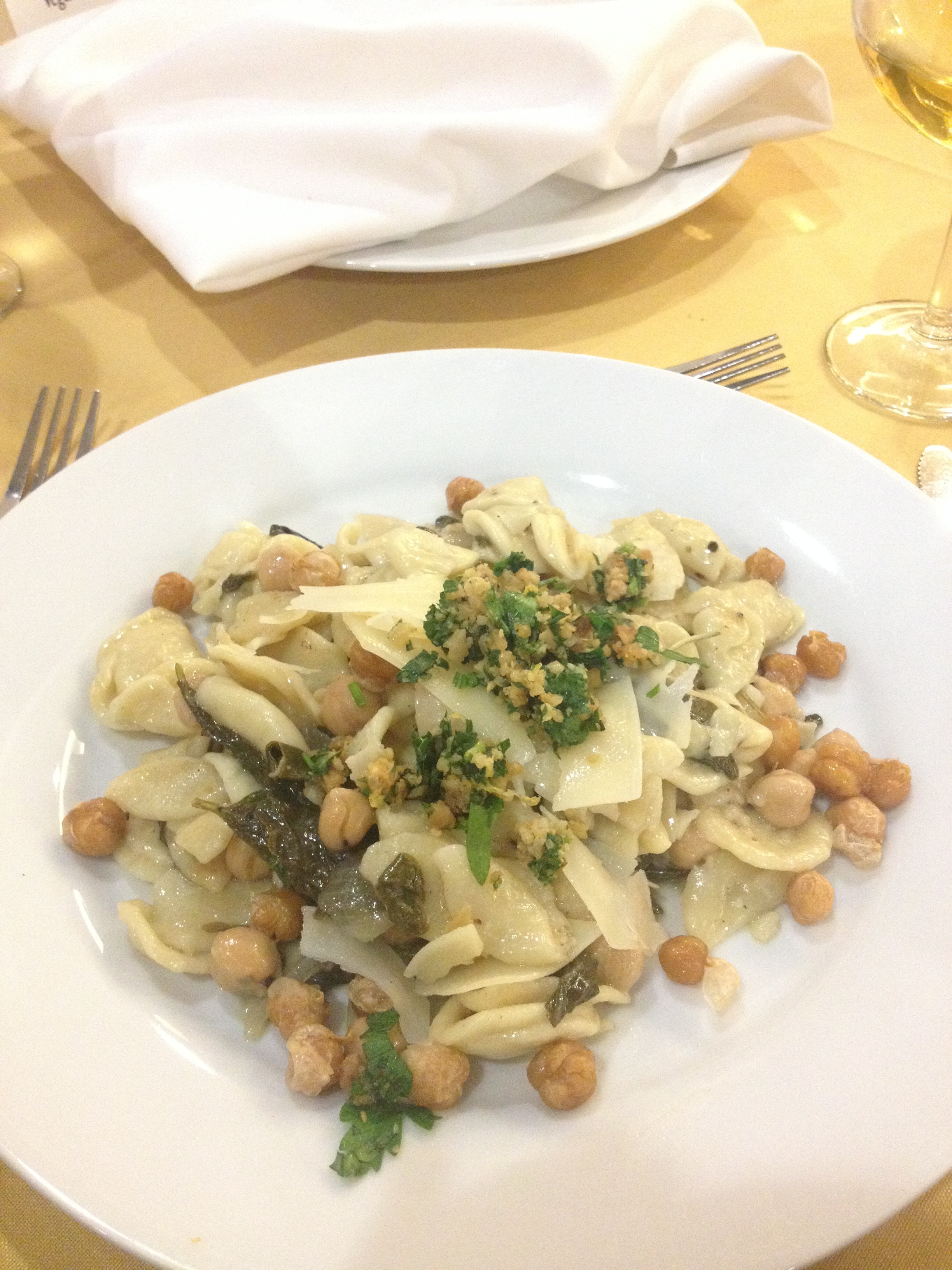 Welcome back! This is the second part in a two-part installment of my fall term adventures, so if you’d like to read it from the beginning, you can start here. Continuing on… 6. Interstellar and Formal Dinner with Professor Kip Thorne Every house has a formal dinner once per term when we dress up all fancy-like, invite professors and other guests, and are served really delicious food.I don’t remember what exactly was in the dish, but this is what it looked like:

For my first formal dinner, I was sitting at a table with Prof. Kip Thorne, one of the world’s leading experts in gravitational waves. He is also the scientist behind Interstellar. Speaking of Interstellar, Caltech students were invited for a free showing of the movie on campus, after which Prof. Kip Thorne gave a talk on the science behind the wormhole, tesseract, and other cool concepts.

Anyway, during dinner, we talked about his time in Moscow during the Cold War and how he actually saw the society and economy falling around him. As a mole (what people in Blacker are called) alum, he told us stories of his time here (such as how everyone used to wear suits to dinner) and about the beginnings of LIGO. We also discussed the incorporation of women into Caltech society over time, and the entire dinner conversation was extremely thought-provoking. The accessibility to great minds such as that of Prof. Kip Thorne is one of the things I love most about Caltech. This is a picture of the two of us after dinner:

7. A lot of fake (but not really) laughing ** **For my school’s “college T-shirt day,” I had everything but one small thing: a college T-shirt. A few days before, I went onto Amazon.com and typed in Caltech T-Shirt, assuming I would find a Caltech T-Shirt. To my dismay, I found not one item of Caltech spirit wear, but rather an inordinate amount of Big Bang Theory shirts! From then on, it’s been a running joke that since I’m going to Caltech, I’m essentially going to school with a bunch of prospective Sheldons, Leonards, Howards, and Rajs. I decided to go one step further and meet the real Sheldon, Leonard, Howard, and Raj. With a little pinch of magic fairy dust, five of my friends and I got standby tickets to a Big Bang Theory taping! We arrived at the Warner Bros Studios in Burbank around noon for the 6:30 taping in order to make sure we got in. After about four hours waiting outside in a parking lot, we were moved to an indoor-ish area of the same parking lot, where all of the people with standby tickets were given numbers. After all of the people with guaranteed tickets and all of the VIP-ticketed people went in, Standby people started going in, and we made it!

The taping was absolutely fantastic! We actually got to see two unaired (at the time) episodes because they showed us the previous episode so we were aware of the background for the episode they were shooting that night. Perhaps the most exciting part was watching the actors joke around with each other and just be themselves. They shot every scene at least twice, and sometimes the writers changed lines on the spot so that they could decide which lines they liked the best during the editing process. Watching them roll the camera around to the different sets was really cool as well, and Johnny Galecki (Leonard) and Kaley Cuoco-Sweeting (Penny) even came and talked to the audience! Overall, it was an amazing experience.

8. Finals Week (not really a highlight, but important) After the taping, we decided to spend finals week actually taking finals. By this point, I had finished 2/5 of my finals (physics and computer science). I had two more take-home exams left (math and chemistry), and I had one in-class final (APh9 – an introductory class for prospective electrical engineers). So, as I sat down to study and take finals, one of my other friends decided it was time to become a MasterChef. Every day for the next four days, Gabby made one delicious baked good after another: six-layer bars, brown sugar-pound cupcakes with brown-butter icing, chocolate-chip cookie-dough truffles, and nutella cake balls. So make friends, ya’ll, and make friends that bake.

9. Running away from seagulls Have you ever experienced something that you thought only happened in movies or in your wildest dreams? Well, I did, and it was terrifying. The Saturday after term ended, my sister flew in and we spent three days having some fun. That Saturday, I showed her around Caltech, and we went into Old Pasadena for dinner with one of my friends, Stephanie. Old Pasadena is beautiful – it’s kind of like downtown, and it’s always full of life. There’s a nice antique mall, and there’s also a regular mall pretty close to it. There are a few movie theaters, and there are a ton of restaurants. It’s great to walk around instead of driving or taking the bus because we can then stop anywhere, so for dinner, we went to a pizza place called 800 degrees. 800 degrees is the pizza equivalent of Chipotle, and after eating there for the first time, I highly recommend checking it out if you have the chance! That Sunday, we went to Hollywood and walked down Hollywood Boulevard on the Walk of Fame. It’s actually pretty different from what I thought in that the stars are so accessible – they are literally on the sidewalk. I always thought they’d be marked off to the side in some fancy place. Anyway, my sister and I walked down the street, and we saw some pretty interesting things. We even walked up to the second floor of an open-air mall and enjoyed a delicious crêpe.

From that floor, we could also see the Hollywood sign!

We also posed with a wax statue of Marilyn Monroe outside Madame Tussauds!

The third day we were both in California, we went to Santa Monica. Now, this is where it gets interesting and quite honestly, pretty freaky. We arrived at the pier, and it was absolutely beautiful. The water was so blue, and the sky was so many shades of red, orange, pink, and blue; it was simply picturesque.

After grabbing a churro each and after walking around the pier for a while, we bought a mini pizza and a chocolate milkshake and walked down to the sand to enjoy a nice lunch. As we sat down, one particularly vicious-looking seagull flew near us and started walking around us. A few seconds later, it opened its pointy, elongated beak and started screeching, apparently calling all of its hungry friends. One by one, these seagulls perched around us in a semicircle and started getting closer, and closer, and closer, until – WE RAN. We got up as fast as we could, food in hand (who’s going to give up a pan pizza and a milkshake?), and ran away from those birds. They were relentless. As their leader screeched on, they kept following us, getting nearer and nearer, until finally, we finished our pizza and threw the box in the trashcan. Our evidence was gone, and suddenly, so were the birds. I can only imagine how ridiculous we must have looked to people on the beach. The birds won and ultimately prevented us from eating our pizza in peace, but after they nearly pecked us to death, we enjoyed a lovely day! Regardless, I hope the birds found some food that was good for them (pizza probably wasn’t the best choice, anyway). Here are a couple of other pictures from that eventful day:

10. Back at Tech Technically, this doesn’t count as last term, but the Sunday before winter term started was a lot of fun! A bunch of us organized a Secret Santa, and we got to spend a nice winter night (I feel so strange saying winter considering it is currently 80 degrees outside as I write this) exchanging gifts and just gossiping about our breaks. One of my friends got me a fiber optic light, a ladybug pillow pet, and a giant slinky (which was convenient as I had just broken my old one). Let me know what the greatest thing you have ever done with a slinky is in the comments!

Two of my friends, Gillian and Carly (who are both conveniently in the above picture), realized that when you repeatedly tap the top of the fibers, you can see small dashes of the primary colors that are combining to create every other color! Try it if you have one of these! If I can still count, I believe I have reached ten! There are so many other great things that happened last term, but there are only so many natural numbers from one to ten. So that wraps up this installment, and I leave you with a few final words on a somewhat serious note.

It’s important to have fun – hence the Top 10 list. Here at Caltech, it is easy to feel overwhelmed. Oftentimes, I feel like the dumbest person in the room. But I’ve come to learn that that is completely okay. This realization took me a term to make, but I’ve learned so much from all of my friends and have finally understood that, yes, everyone is passionate about something, and it is this passion that makes Caltech such a spectacular place to learn, experience, and thrive.