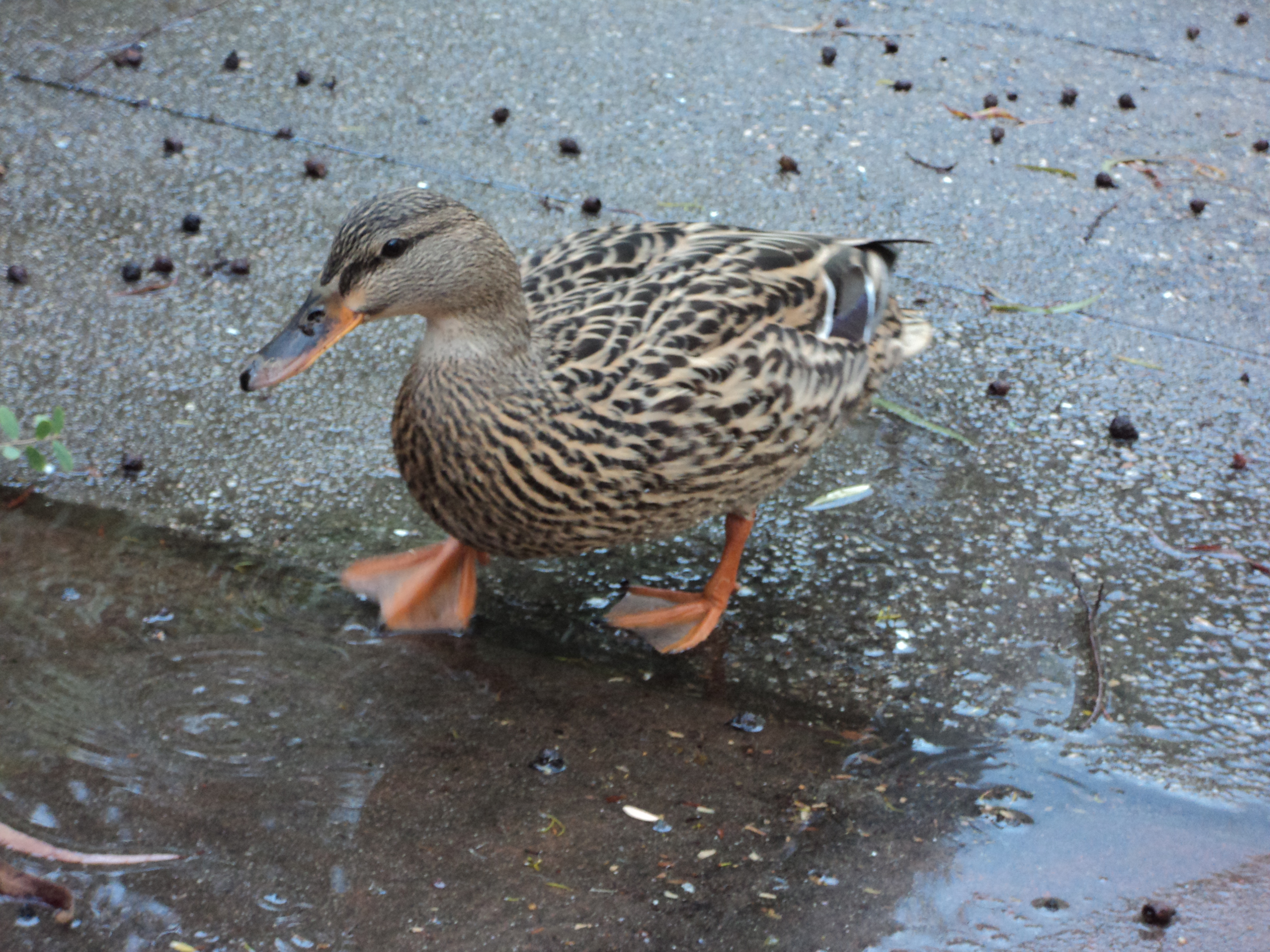 Before I had to buckle down to start getting ready for next term, I decided to do fun things that I wouldn’t normally do on Monday and Tuesday. On Monday, I decided to go to Old Pasadena and Tuesday I decided to take the LA Metro train to Little Tokyo and Hollywood. It has been raining for the past few days so the ground was wet and there were ducks walking around by Dabney Garden!

I could get pretty close to them without them flying away. I also managed to get some pretty nice pictures of campus while I was walking around campus. I did a photography apprenticeship for most of my high school years and I learned that the best days to take pictures are the cloudy ones (but obviously not raining) because it disperses the light better. For those of you who haven’t been able to come down to Pasadena to get a tour, here are some pictures of campus:

Anyway, I took a long walk to Old Pasadena with my friend. I happen to love Old Pasadena for the weirdest reason. I love the diagonal crosswalks at some intersections. They don’t have them in Chicago and it’s really neat.

I think Old Pasadena is a really nice place to go (and windowshop). Admittedly, a lot of the stores and shops are too fancy and expensive for me to actually buy things from, but it’s a very pretty part of town and a good place to go on a special occasion. There are a few little boutiques and shops worth going to and a lot of good food in Old Pasadena, though. One of these places happens to be the cupcake shop called “Dots”. The cupcakes are worth the walk to Old Pas and the shop is so adorable.

The cupcakes weren’t only pretty, they were also super yummy! I had red velvet cupcakes and my friend had strawberry lemonade. I couldn’t eat all of the cupcakes and had to take the extra two to go.

After hanging out at Old Pas, we took the Pasadena ARTS bus home. It’s a cheap ride at only $1 and it dropped us off near campus so we didn’t have to walk that far.

Tuesday, I decided I wanted to ride the LA Metro for the first time so I bought a day pass and hopped on the Gold Line on Lake Street.

My friend and I got off the train at Little Tokyo and walked around looking in shops for a little bit.

We ate lunch at a famous ramen restaurant known for its spicy ramen. They have walls for thier ramen challenge which is to eat the spiciest ramen in only thirty minutes. They have nine levels of spiciness and, being a wimp, I only got the second to least spicy ramen. If you think you could finish the ramen challenge, you should think again. These bowls of ramen are HUGE.

You can’t really see how big the bowl is from the picture, but I barely put a dent in the amount of ramen before I was stuffed!

The ramen was also super delicious. After being defeated by a bowl of ramen, we visited some more shops and finished off our visit to Little Tokyo with mochi ice cream!

The train stations in LA are so much bigger and so much less crowded than the train stops in Chicago. They also have fishtanks!

I was pretty surprised to see the fish tank but then I saw the Hollywood and Vine stop.

There were film reels all over the ceiling! Unfortunately, I couldn’t figure out what to do in Hollywood so we got on a bus that went from Hollywood back to Pasadena. I did happen to have a lot of fun these past few days, though. And what better way to end off an amazing couple of days than with…

…a sprained foot. I sprained my foot somewhere along the way while I was adventuring. I guess this can only help me stay in one place so I can read and study for my SURF project and get ready for spring term.