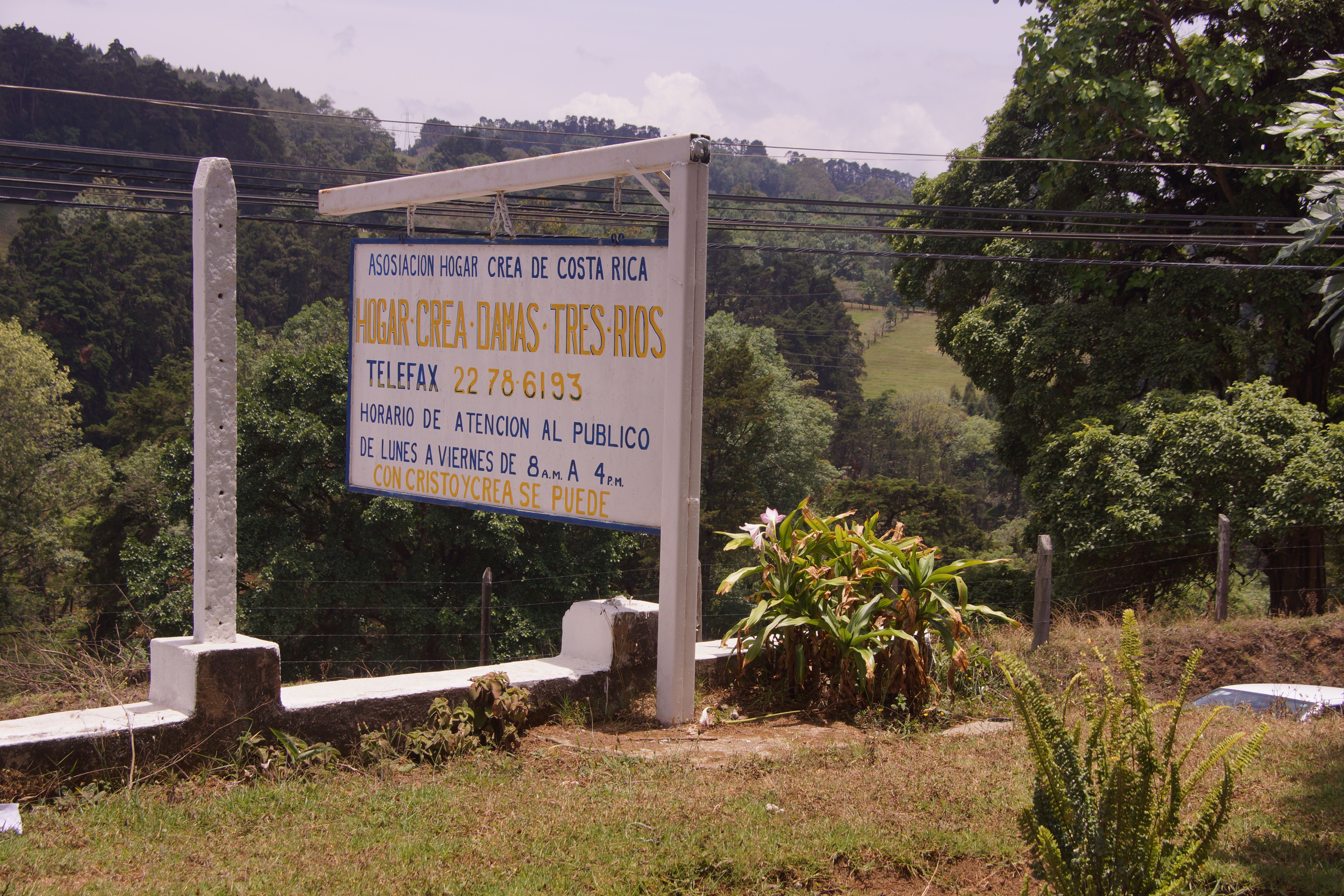 The A in ASB

Of course, our alternative spring break trip would not have been complete without our service project. Our volunteer project was at Hogar Crea Damas, a rehabilitation program for women in Costa Rica. The program works with people coming from domestic violence situations, drug additions, and a variety of other histories, and attempts to help them reshape their lives. Hogar Crea has homes around Costa Rica. We worked at the one in Tres Rios, a small mountain town half an hour from San Jose.

We worked on a few different projects, including fixing the bathroom (when we came, only one of the toilets was working, the showers were leaking, and the drain had a hole in it), painting (the outside of the building and the two bathrooms), fixing some doors, and dismantling a shed (to recycle the metal to build a walkway from the outdoor laundry room to the house).

Painting the bathroom! By the end of the day, I had stopped trying not to get covered in blue, white, and yellow paint :)

I forgot to take “before” pictures… but by the time we left at the end of our week volunteering, the difference in the bathrooms was readily apparent. At the beginning of the week, I was disgusted walking into the lower bathroom, but by the time we left, it felt cozy and inviting. Though painting is something locals could have done as well, I am glad that we were able to make a small, visible (and very colorful!) contribution to the women at Tres Rios :)

The upstairs bathroom team – we covered the window to take the picture, but the bathroom looks great now! Our motivational quote, “iadelante mujer,” is meant to inspire the residents of Hogar Crea Damas to move forward.

Team downstairs bathroom! When we came, the bathroom was entirely dark blue, and the paint had peeled off in many places. We made the bathroom half white and half blue, and added yellow accents.

We added bathroom windows, recycling the plastic from the (nonfunctional) doors of the old showers. The women wanted privacy but airflow, so we designed the upper window to provide both!