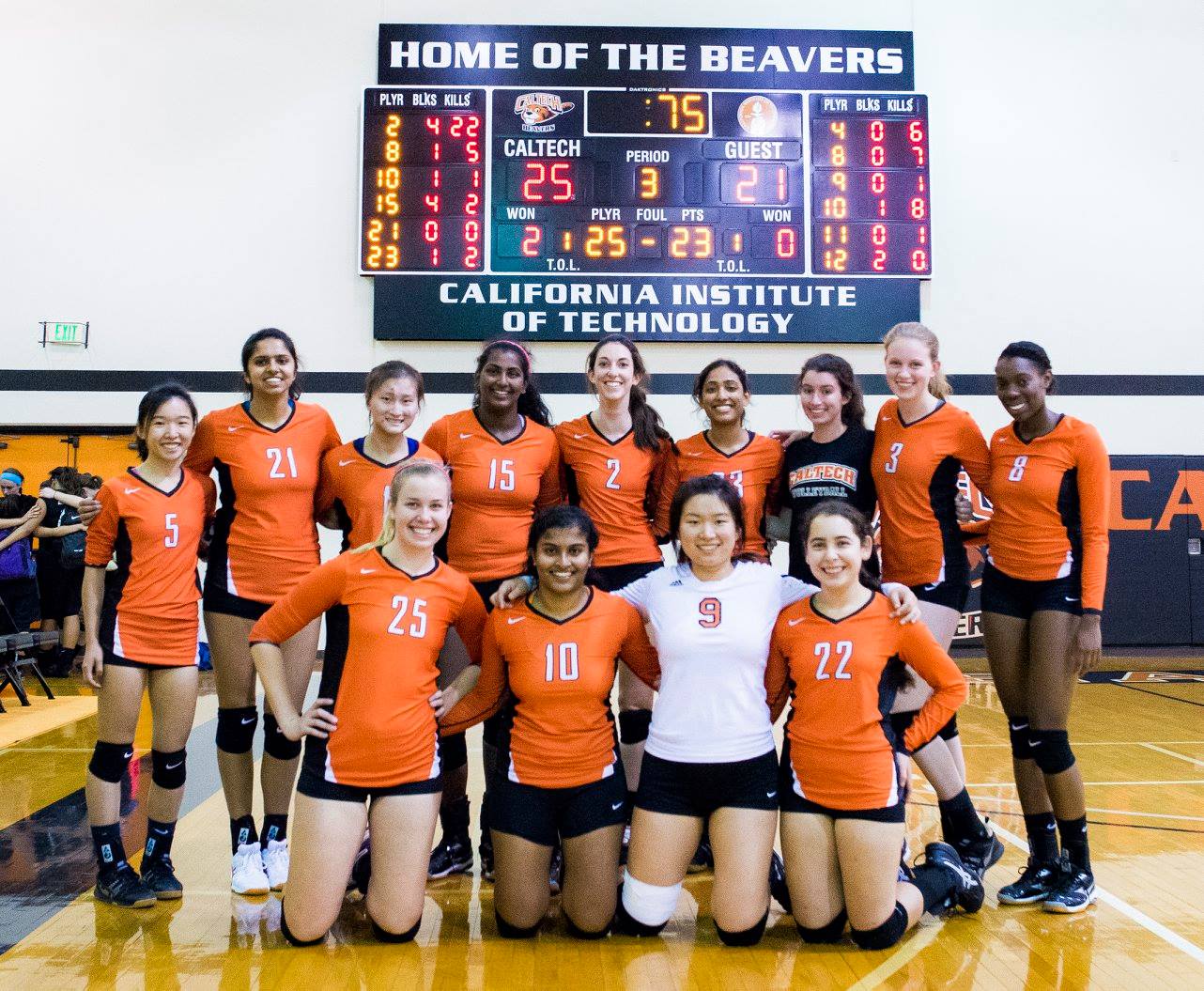 Midterms are over. They officially ended on Tuesday. They were very difficult; even more so because I spent a bunch of time planning volleyball senior night!

The volleyball team is a great group of girls. We just finished our season with a big win in three sets against West Coast Baptist. For those of you who don’t play volleyball: we play to 25 points, best of 3 games. We’re so happy to send our seniors out with a win, especially one so thorough. They were actually excited to replay the last point (on which there was a dispute with the referees) because they thought their last game didn’t last long enough. (PC on all photos in this post to Michael Wong, the amazing person who photographs our games and I don’t know if he gets paid for it)

At Caltech, it’s traditional for us to give the seniors gold volleyballs with signatures from the team and posters with pictures of them and cute sayings. This year, we also did flowers and photo mats with a picture of the seniors on them. They were so happy! It was a really fun night. I’m a little glad that volleyball is over, though; it’s a lot of time and classes are getting hard.

Have a great week! We have a recruit coming this week, I’ll tell you about our adventures on Monday.