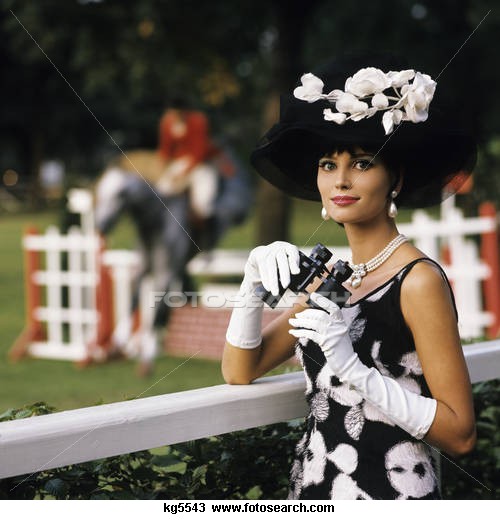 A Day at the Races.

Each house is subdivided into alleys. An alley is roughly one hallway and houses a UCC (upperclassman counselor). These UCC’s are like parents - especially for Frosh - for the inhabitants of their alley. At least in my house (Page House), one of the UCCs’ responsibilities is to organize an alley event every term. The House puts out $10 for each person towards the alley event. Recently, we changed the rules so that people can go to as many alley events as they want and with any alley that they want but the House only covers the first $10. Alley events can range from getting Jamba Juice to going out to dinner to going bowling to going to the horse races. Yes, the horse races! A few weeks ago I got an e-mail announcing the next alley event. Participants would have admission to the Turf Club of the Santa Anita Race Track for the final race of the track’s season! I couldn’t believe my eyes at first! This is where Seabiscuit won so many of his races! Before moving to Caltech I’d Google-earth the whole Pasadena area to know what would be nearby and one day I noticed that the Santa Anita Race Track was just East of Pasadena. I promised myself that I’d go there one day but I never thought that I’d be going there Freshman Year in an alley event! Well, some personal connections existed that made this alley event possible but this was by far the greatest alley event ever! The follow-up e-mails included details about behavior and about the dress code. The notices were along the line of “if you’re not wearing this and this, you will be asked to leave”. On the day before the event, Noah (the awesome UCC who organized this) sent out a clarification just to make sure that everyone understood the dress code. He attached the following two photos and said that girls should look like the first one and guys like the second one:

Well, I had already gotten the idea of the formality of the event and planned out my look accordingly but I thought the photos were just a joke. I especially thought that hats like the one above only existed in children’s dress-up stores and sometimes on Easter. “My Fair Lady” and fancy sun hat days are sadly long gone - or so I thought. When we arrived I immediately spotted some huge hats bobbing around atop fancy outfits. Then I started seeing suits and heels and posh handbags. Then we went to the Turf Club area and there were chandeliers and carpets and velvet chaise lounges. At that point I started to realize that even today horse races aren’t about horses to everyone attending. I bet some people there would have been quite surprised to learn that the statue of Seabiscuit in the middle of the circle around which horses parade after leaving the paddocks and before racing was there for a good reason and not just for beautiful decoration. Anyways, this was an unbelievable day and I’m so thankful to everyone who put a hand in to organize this! I really think there are some things that photos would describe better than words here:

The first thing you see when you take your seat.

One of the first races we saw.

Well, that’s me without a big old hat.

Besides the big screen up int he center of the track, most tables in our section had their own small screens.

A special longer race on grass instead of turf (kind of lik cross-country versus track!)

One of my favorites.

Parading the horses before racing them.

A view of the winner’s circle.

This man was able to play the national anthem of almost everyone on our group!

Real jockeys! I knew the tried hard to stay small to make the horse’s work easier but I never realized exactly what jockey small meant!

Inside the Turf Club.

Well, that was an unforgettable day! I got up extra early that Sunday to work and right after I got back I went back to working. This wasn’t only because of the race but because Prefrosh Weekend had ended the day before. It was a great 2.5 days but now I had some work to do. Today is Prefrosh Friday for those who didn’t make it a week ago. I just got back from another parent lunch. Talking to people not from Caltech makes me realize just how much I love Caltech and why. Also, I was very flattered when a Prefrosh recognized me from this blog and said that he checks the blogs regularly. Now I know I wasn’t the only Prefrosh who was hooked on these blogs! Again, I’ve got to get back to work and hopefully I’ll have some time to enjoy the nice sunny weather this weekend! Have a great weekend! Cheers, Nina.