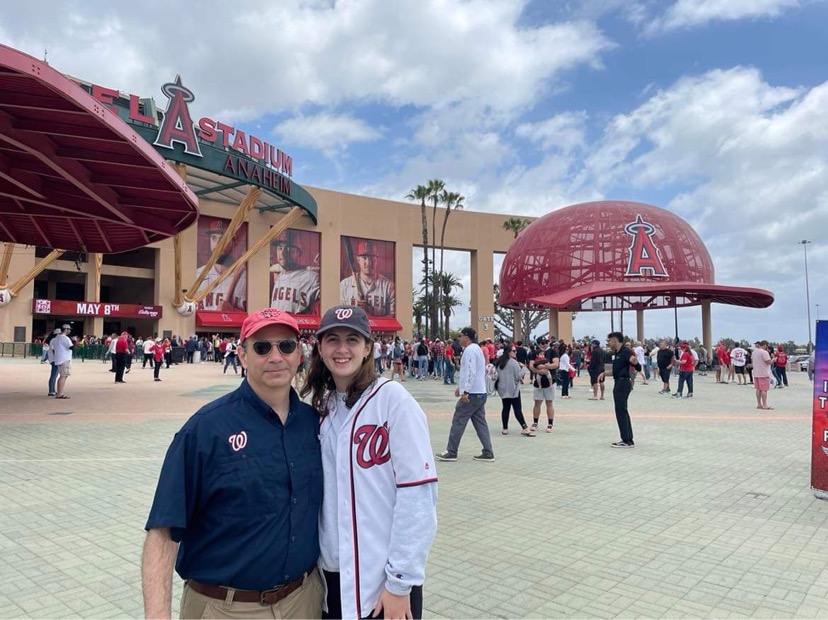 Me and my dad outside the stadium before the game.

When we arrived at the stadium, we snapped some photos to memorialize the 12th stop on our 30 stadium tour. Afterwards, we headed inside the stadium to watch the beginning of the game. To be frank, the Nationals are bad this year. Like really bad. After a series of injuries and players being traded to other teams, the Nationals decided to enter a “rebuilding” phase, spending a few years losing while acquiring young players and saving up money to hire a few stars. The Angels, on the other hand, are strong playoff contenders. So my family and I weren’t expecting to see our team win. However, when the third inning rolled around, the Nats took a 1-0 lead, which they then extended to a 4-2 lead by the top of the ninth inning. The Nationals closing pitcher, Tanner Rainey, then took the mound for the bottom of the ninth. At first it seemed OK. There were a couple Angels on base with one out, and Mike Trout, 3 time MVP, came up to bat and struck out. Only one out to go for the Nats to secure the win. Up next for the Angels was Shohei Ohtani. Ohtani is a phenom. He’s the only player currently in the MLB to be played both as a pitcher and batter, and he’s talented at both. He certainly proved how good he was that day, hitting a double to score two runs and tie the game. Next up was former National, Anthony Rendon, who swiftly laced a single to center field, scoring Ohtani and securing an Angels walk off win. 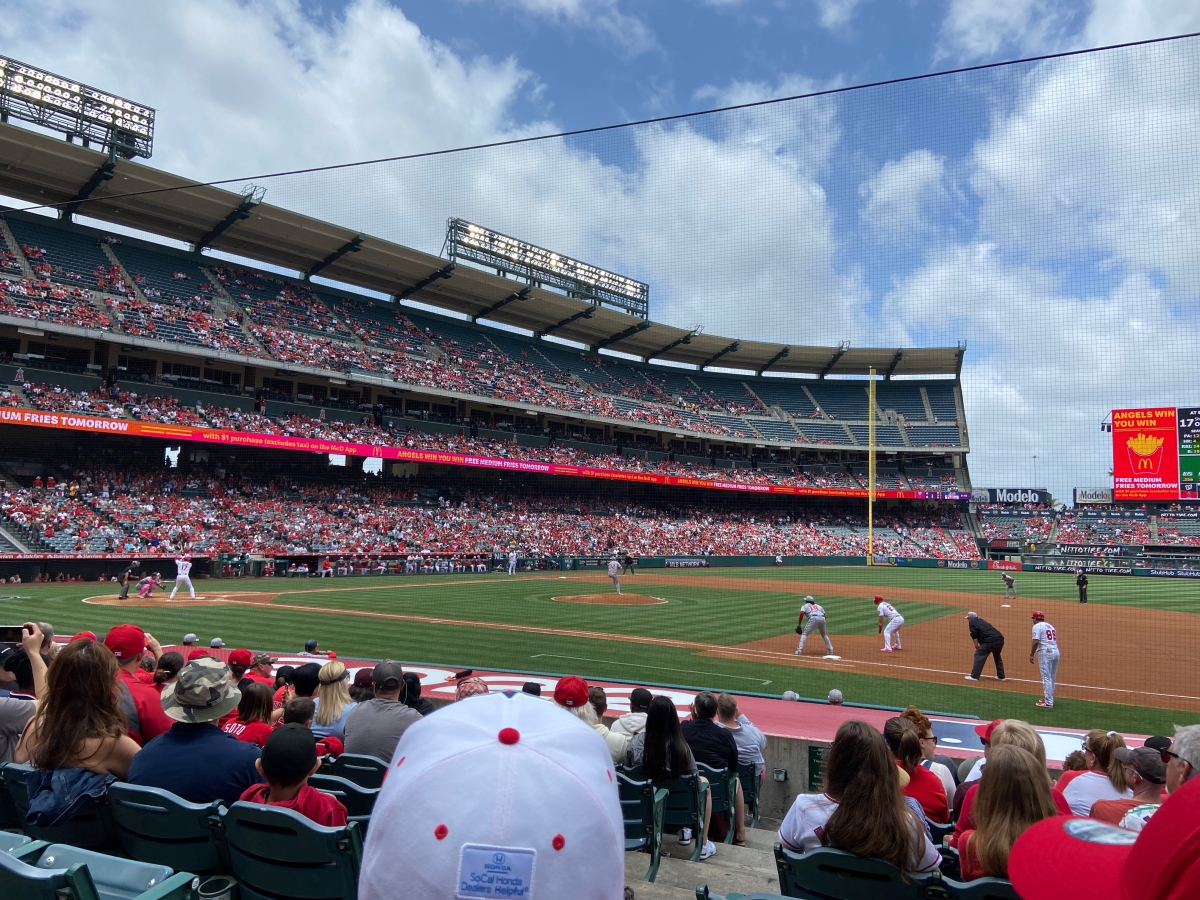 View from my seat of Angels star, Shohei Ohtani, batting.

Even though we didn’t get to see our home team win, my family and I still had a great time at the game. We had great seats, saw a fun game, and enjoyed the stadium food (we ate nachos out of an Angels helmet– see cover photo :) – and got Dippin’ Dots for dessert). Overall, I would definitely suggest taking a trip to Angels Stadium. It’s about a 30-45 min drive to Anaheim, and there’s a spacious parking lot next to the stadium. Having been to both L.A. stadiums (the other one being Dodgers Stadium), I would recommend going to see the Angels instead of the Dodgers. The game was easier to get to (despite Dodgers Stadium being physically closer), the stadium was gorgeous, and I enjoyed the atmosphere and food. Definitely check it out!