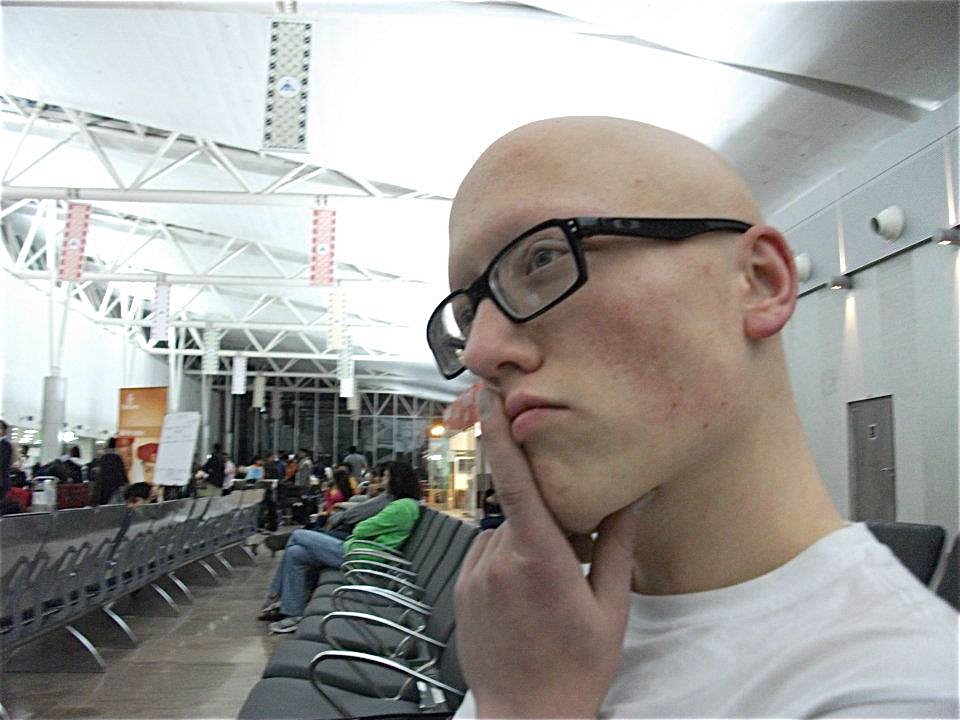 I live in Rochester, NY, a city that has a winter climate about as extreme as Pasadena’s is mild. It’s the kind of town that provides plenty of things for teenagers to do, but only if they get a little creative and have access to a car.

Now, I don’t necessarily lack the first component of this formula, but, given the choice, I’d rather just let my friends figure out what we’re doing and then just tag along. And when it comes to transportation, I’m pretty much out of luck. I’m a year younger than most people in my grade, so I became a pretty good ride-moocher early on, convincing friends that my company was TOTALLY worth going out of their way to drive me places.

Still, even my mad coercion skillz can’t really help me much when I’m the only one in town.

After the first term of my freshman year, I discovered, to my horror, that Caltech students get let out much earlier than most. Which left me pretty much friendless. When I’m left without anything to do, I tend to devolve into some sedentary, Jersey Shore-watching, creature without any drive to change my predicament. That wasn’t about to happen for a second year in a row.

Allow me to explain: Late in the summer, which I spent at Caltech engaged in the SURF program, my friend Margaret told me about a trip to visit India that she was helping to organize with the Caltech Y. The Caltech Y is an organization on campus that helps find volunteering opportunities and such for students, but this time The Y had paired up with the SURF office to do something a little bit different. Caltech has a SURF exchange program with IIT (Indian Institute of Technology) Gandhignagar (IITGN), of which the IIT students have taken full advantage, while Caltech students have not. Exchange programs don’t do much good without an actual exchange, so a joint effort between IITGN and Caltech came up with the idea to send 10 Caltech students over to India to experience education, culture, and life in general in India. And with that (after filling out a little application and writing a brief essay regarding my motivation for applying) I had found what I would do for about 10 days of my winter break.

But first, we had to get there.

Hold on a second, I guess I should probably mention who my traveling companions and fellow adventurers to India were. In no specific order: Eli, Margaret, Dong Woo, Katja, Katherine, Joy, Alex, Brad, and Shruti. That’s 6 girls and 4 guys (a ratio that seemed a little too good to be true coming from Caltech), only one of whom was actually Indian. Anyway, I’ll get on with the narrative.

The longest plane ride I’d ever been on before this trip to India was about 12 hours. It was hell. All together, my little voyage to India clocked in at around 20 hours of air time. I wasn’t exactly psyched about it. Thankfully, there were a couple of things that occurred to make the whole shebang at least somewhat bearable:

Long story short, Shruti was the only member of our crew who voiced concerns about losing luggage.

She was also the only one who actually lost luggage.

I don’t feel too bad recounting this, because it’s now a few days after the fact and Shruti was able to get some sick (not Sikh) new Indian clothes and her suitcase is supposed to arrive tomorrow.

I’m debating the complexities of eminent domain laws in India and their use in Ahmedabad to remove the poor from their homes to allow for construction projects. Or maybe I’m wondering if I’m going to be fed soon. I don’t remember.

In any case, we had finally made it to India. We were met in the airport by two of the IITGN students who were participating in our program as well as Jaison Manjaly, a professor at IITGN who also played a key role in organizing the program.

As we began our ride to the hostels (what they call dorms) and I began to doze off (I had gotten very little sleep in the past 20 hours and it was around 3AM in India), I absentmindedly noticed the frequency with which people honk their car horns in India. Apparently, there aren’t really any stigmas in India against reacting vocally to every perceived traffic offense (pretty much anything one car does will be perceived by another as an offense). It was small, but it was enough to make me truly appreciate that I was now in a completely different environment than that which I was used to.

I guess the freakishly large number of cows and the elephant that we passed a day later could be seen as an additional symbol of this change.

The girls and boys were placed in separate hostels on either side of IITGN’s relatively small campus. As we rolled along the dusty road around the border of the school, we could see the fires that construction workers, employed to expand the size of the school, had set up to keep themselves and their families warm. I was given a sizeable room to share with Eli and in about 2 seconds was blissfully asleep.

I was certainly excited for all that lay in store for me in the next week and a half, but at that moment all I cared about was that my new bed in India was quite possibly more comfortable than my bed at Caltech.

Katherine trying to steal my spotlight by wildly waving her arms. Nice try.