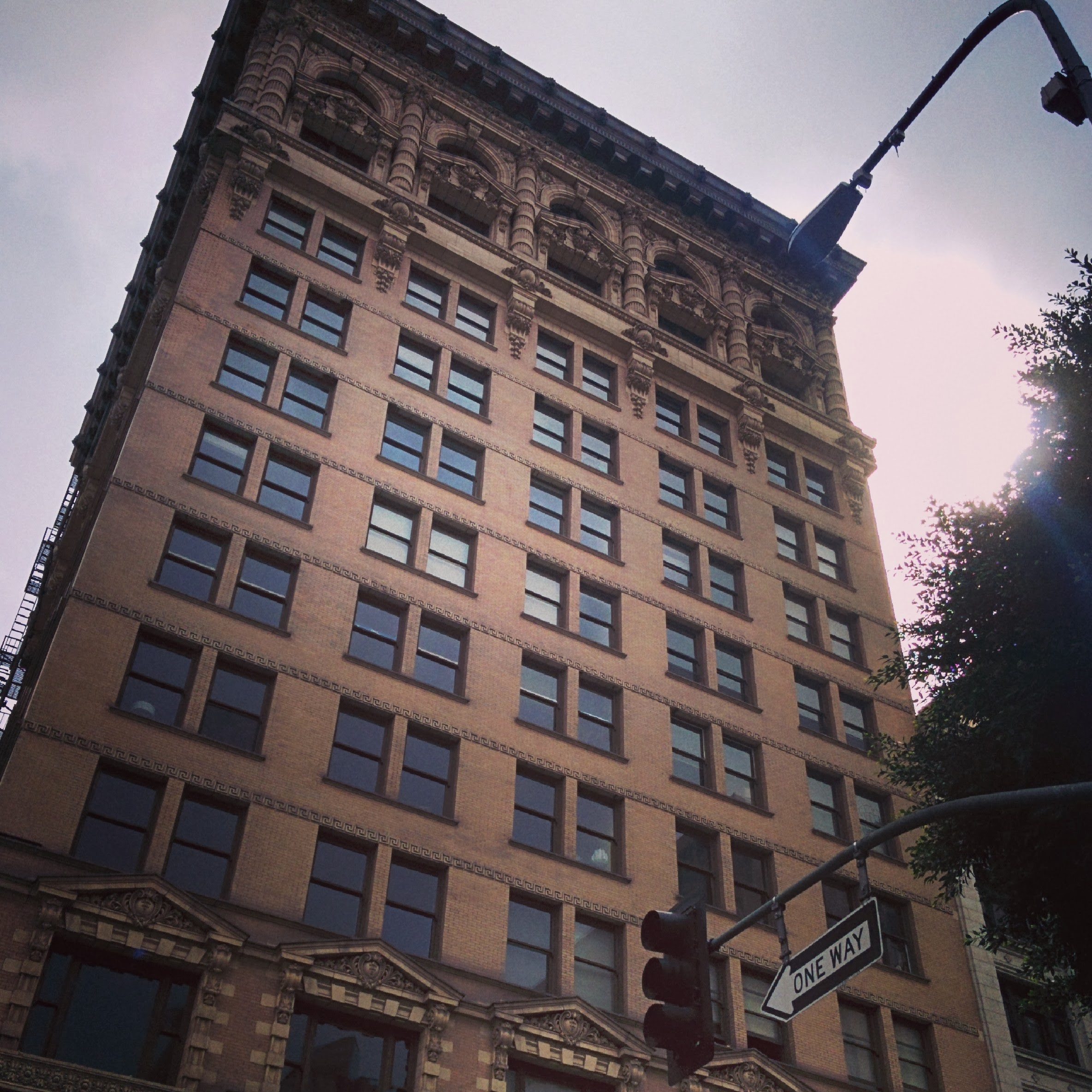 A Rainy Day in LA

There’s a metaphor that floats around campus that likens Caltech to bubble. To some extent, this is no myth. It takes a lot of planning and will to get off campus especially for those among us who do not have cars. However, there is a great literature class (which I am in) that encompasses a tour of L.A. Although the rain was pouring down hard, Professor Jurca’s enthusiasm was not dampened. I got to experience L.A. for the first time and I caught a brief glimpse into the history of this magnificient city. It is quite spectacular.

Later in the movie, we see the scene:

We see the continental building right in front of Tom and Summer in this scene.

Another impressive building we saw along our tour was the Bradbury Building. It was a magnificient building with a glass roof that let in a flood of natural light. The inside was spectacular. Even the steel cage elevators were still preserved from the time era.

This building also appears in the end of 500 Days of Summer:

L.A. really was quite a sight (even in the rain). It’s nothing like the glammed up city of the movies. It is an old city with stories written all over its walls if you bother to look. If you ever get the chance, Hum/En 6 (American Literature and Culture) is really a class that is worth taking. It’s one of the unique classes that you get to not only explore American culture through writing, but also through iconic fillms. There’s no better city to explore the world of film in than Los Angeles.