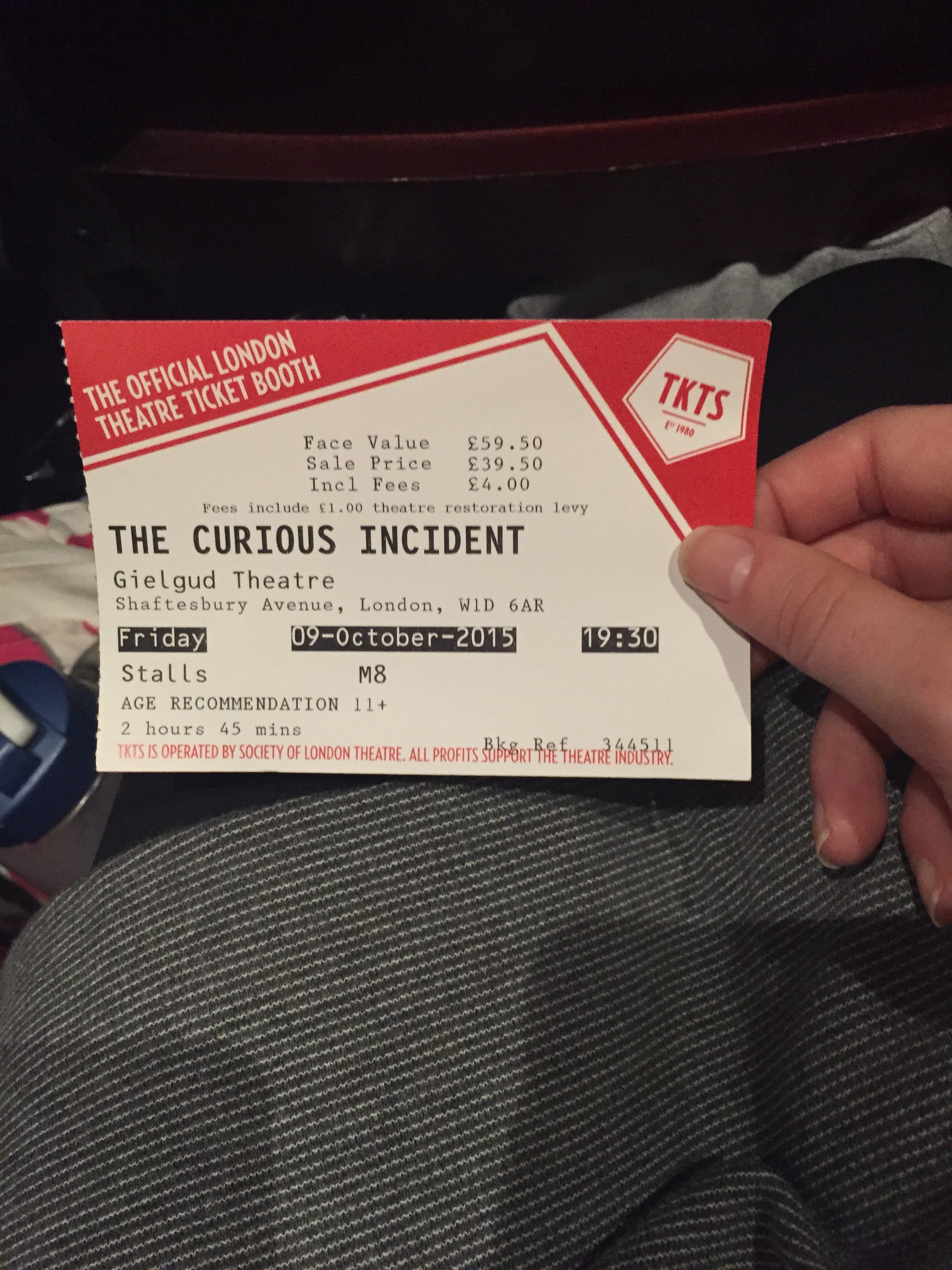 A Weekend in London, Part 1

I had the amazing good luck to find extremely cheap flights to London for this weekend. I had another round of good luck in accommodations, in that ten Caltech students are currently studying abroad at UCL! Gauri was kind enough to let me sleep on her floor on Friday and Saturday nights, so I was able to take the weekend holiday of a lifetime for about 45 Pounds ($70). That doesn’t include the insane amount of money I spent on food, the Tube, admissions tickets to attractions, and souvenirs, obviously. London is EXPENSIVE.

I traveled with my flatmate, Jean, who has family in London and was able to bunk with them while we were in the city. I flew out on Friday morning and met her there (she had already taken the train down on Thursday). We went first to Leicester Square in the West End to scalp cheap theater tickets for that night. We were incredibly lucky, in that we were able to get tickets to see The Curious Incident of the Dog in the Nighttime for pretty cheap!

We spent the rest of the afternoon just outside of London, at the Warner Bros. Making of Harry Potter Studio Tour. It took us about an hour and a half to get to the studio, and we spent about three hours wandering through the sound stages and gawking at the displays. The studio has pretty much every prop and set piece you can imagine from the movies! And there are videos playing on loop around the exhibits, showing interviews with designers and prop builders and actors, explaining how everything was built and how it was used in the movies. The sheer size of it all…

We had to take pictures in Diagon Alley.

And on the Hogwarts Express.

I’m not going to lie, I teared up multiple times during the tour. And outwardly cried when watching a film about the members of the original production team of the first movie, and how they “discovered” Harry Potter and the Philosopher’s Stone and decided to buy the movie rights. And then the soundtrack of the film switched to “Hedwig’s Theme” and I completely lost it. Such nostalgia. So childhood. Wow.

We hightailed it back to London to see the play, and snagged dinner in a super cheap noodle bar in Chinatown. Snacks for the theater consisted of souvenirs from the Harry Potter tour.

An excellent first day in London, even though I didn’t see a whole lot of London!