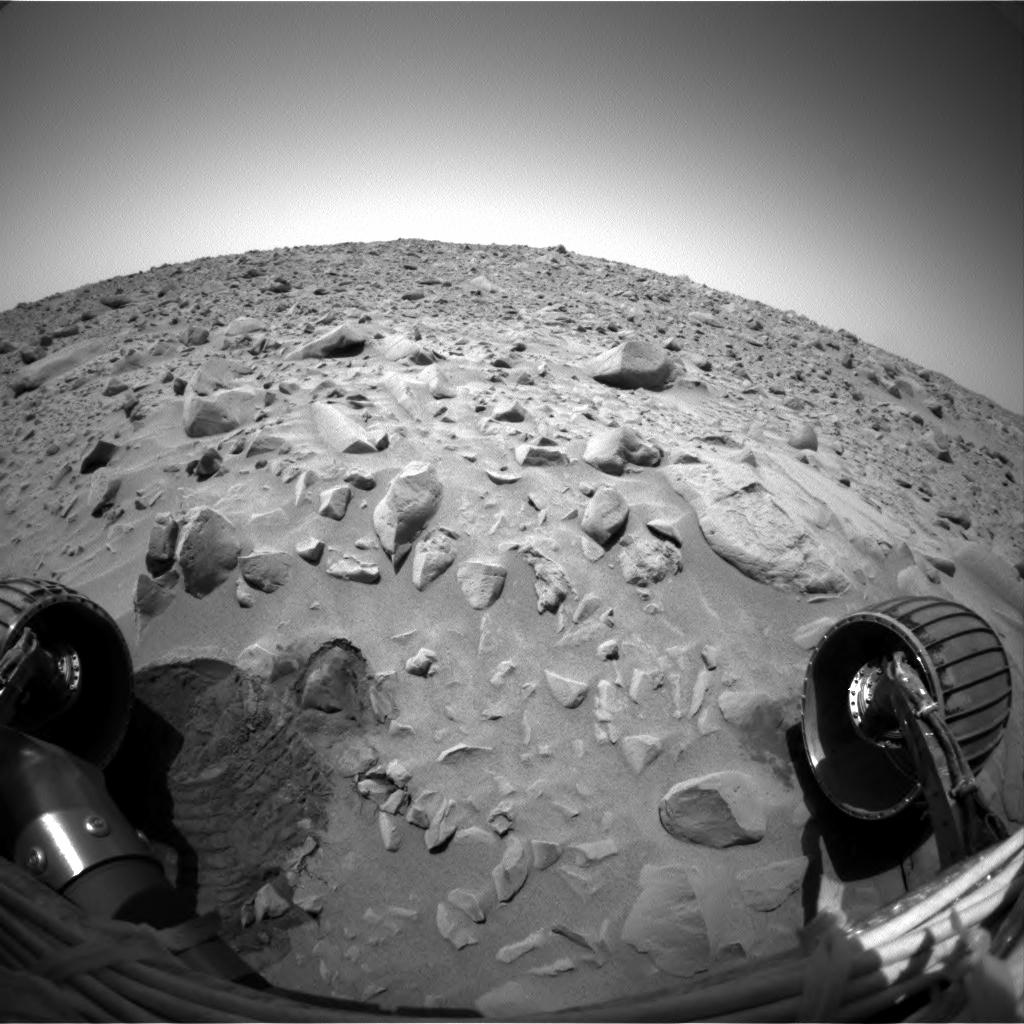 On the first day of my time here at JPL, during the orientation talks, I was introduced to an alternative full-form of the acronym “NASA”: National Acronym Slingers Association. :) And well, this expression is pretty accurate! I’ve heard so many acronyms while at JPL that it’s hard to keep track of them all! In my last post I mentioned “ATHLETE.” That stands for “All-Terrain Hex-Limbed Extra-Terrestrial Explorer.” How did they come up with that one?!

Another interesting one I heard being thrown around among some SURFers during my second week here was “MERSOWG.” You’ll never guess what this one stands for. xD Well, the first part isn’t too hard: “Mars Exploration Rovers.” But the second part, “SOWG,” stands for “Science Operations Working Group.” :) At first, I didn’t quite understand what this meant. But after asking around, I realized that it was during these MERSOWG meetings that JPLers and other NASA-affiliated scientists/engineers from all over the world would meet through a teleconference to discuss the activity schedule of two MER for the following few days. And the group would let the first six summer students that signed up sit in on the meeting. Whoa! Cool, huh? …guess who one of those lucky summer students was! Yep, as soon as I heard about this MERSOWG deal, I rushed over to my computer, signed up and was one of the first six to do so!

The MERSOWG Meeting (for Opportunity) took place in a tiny room with two projector screens, a set of computers with job title plates on the monitors, and a large table in the center. We were there really early, soJohn Callas,the NASA MER Project Manager, gave us a rundown of what would be happening and gave us all packets of information and cool pictures. The packet even included a calendar that spanned the length of a Martian year, instead of an Earth year. :) First, the JPLers (and other NASA people) discussed a detailed outline of what Opportunity would be doing in the next few days, including how far the rover would be traveling, when it would be transmitting data to the Earth, and when it would be “sleeping.” The group then moved on to analyzing photos that Opportunity had recently sent back.

That was the most intense part of the meeting because one of the JPLers thought she saw a strange rock on the surface of Mars and the whole group discussed the matter thoroughly until it was (unfortunately) decided that the “rock” was actually just a disturbance with Opportunity’s camera. And yes, this whole meeting was FILLED with acronyms that I had to ask about. There were so many that the JPLers were throwing around so freely…I’ll get used to it eventually! xD

Of course, this experience made me feel “closer” to it all and guess what! I’m going to another one of these MERSOWG meetings on Friday. I’m excited to see what Opportunity will be working on and the cool pictures it sent back! In my next post I’ll talk about the other half of the MER project: Spirit. In the meantime, I’ll leave you with this xkcdthat I’m sure many of you have seen. :)