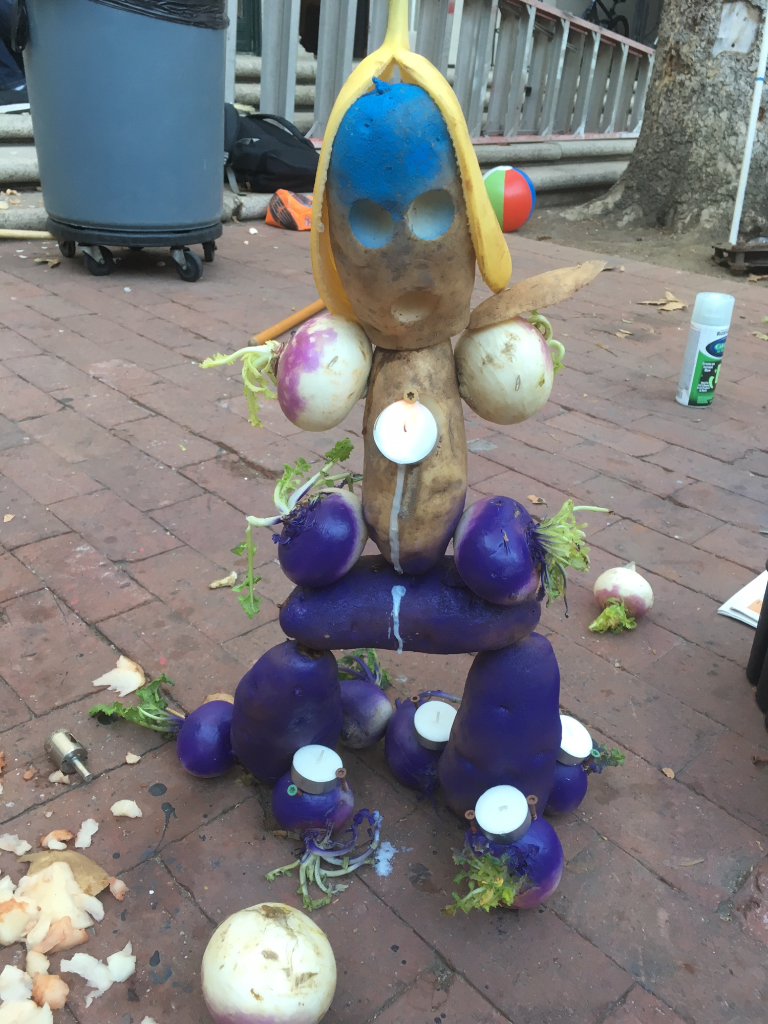 As a Vice President (a veep as we call them) of Blacker House (only one of three), I am a part of putting on something we moles call Alley Ordering. It’s a 1-2 hour event that we plan ahead of time, filled with fun and games. At least, we hope it’s filled with fun. This time around, it was Halloween themed. Qiao Qiao, one of our other veeps, came up with all the activities for people to do, even insisting on a turnip- and potato- carving activity - for old times sake. This is because before we started using pumpkins, all of the jack-o-lanterns used to be carved out of turnips and potatoes. With that in mind, it’s probably more apt to call our theme All Hallow’s Eve.

We didn’t actually hold it on Halloween, only the weekend before. Other than turnip carving, we also had two classics: wrap a mummy and broomstick race. For those who are unfamiliar, wrap a mummy is an activity that needs at least two people and quite a bit of toilet paper. As this happened in alleys, each alley had to select one of their own to become mummified. Points were given out based on the speed of mummification with toilet paper, and the integrity of the mummy. For example if a bit of skin was uncovered, then that would be fewer points. Everyone did quite well; we ended up with some pretty well wrapped mummies.

The broomstick race was a bit of fun for the veeps. An area in the courtyard was cleared out, and we held relay races to see who could get to and from a plank of wood fastest on a broom. There was a catch: participants couldn’t hold the broom with their hands, and the broom could not touch the ground. As such, there were quite a few creative ways of getting across: from hopping, to waddling, and even crossing legs to keep the broom held between them.

As with every alley ordering, it ended with food, and this time we tried to treat everyone. We ordered Chick-fil-a for the meat eaters, and stuck to boring old pizza for the vegetarians. Apparently we were feeding starving children, because all the food - enough for 50 people mind you - was finished by about 30 people in less than 10 minutes. It was astonishing.

I think the alley ordering was a great success, and I have to applaud Qiao Qiao for thinking of such fun activities for everyone to do. We were transported back to our childhood, and I think that’s what made people so enthusiastic about this ordering. This was the last ordering that my compatriots and I will organize, so I wish the best of luck to the Vice Presidents that succeed us!